A Look at the Startup Cost

Lara from Coffee Can Cash left a very intriguing comment a few days ago on my post about minimalist kitchens:

I’m sorry, but I can’t agree with the idea “when in doubt buy it cheap”… If you want to save money for the long haul, buying cheap on one occasion isn’t what’s going to do it, it’s the fact that you’re cooking at home as opposed to going out.

My cheap (read: not frugal, but CHEAP) ex boyfriend had these disgusting old pans and cookie sheets when we first got together. It was quite clear to me that they were dollar store finds from 3 or 4 years ago and they were flat out gross (you could see the burn marks from cookies past). I’d rather have the $4 airbake cookie sheet that’s going to last me 20 years than have to buy $1 pieces of crap that burn stuff every 3 years.

Let’s say you’ve never baked a cookie before in your life. You’re at the store, buying pans. You don’t know how often you’ll bake cookies – it might be once, it might turn into a weekly thing.

You’d be an absolute fool to choose the $4 pan.

The time to choose the $4 pan is when you’ve cooked a lot of cookies on the $1 pan, know you like making cookies, and know why the $4 pan would actually be better.

Why? Because there’s a pretty good chance that this is a “fling” activity and you’ll never touch the pan again, and it’s far better to have a $1 unused pan than a $4 unused one.

Spending Rules to Getting Started

Any time you’re trying to get into a new activity, don’t throw cash at it

Whether it’s something like cooking at home or a new hobby, it’s usually a mistake to spend a significant amount on equipment until you’re sure that you’re actually going to use the equipment and it’s clear why the higher-quality version is actually better. 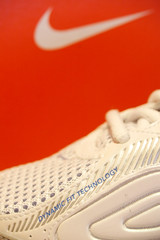 Here’s another example from my own personal situation. Over the last couple months, I’ve been putting significant effort into getting into better shape. I’ve been working on my diet and adding to my exercise routine by using Wii Fit and jogging.

When I first started jogging, I considered getting running shoes. They’re useful equipment to have if you’re out there pounding the pavement every day. I did the research in Consumer Reports and found the best model – the Nike Air Zoom Vomero+ 2, which was their top shoe in their most recent running shoe roundup. But the cost was ridiculous – $120? (Please, don’t litter this thread with running shoe recommendations! I have a mountain of ’em already!)

Instead, I decided to just use my old cross trainers that I’ve had for a couple years at first, just to see if I could get in the flow of jogging. I held off on buying the Vomero+ 2s, even though that was the “investment” equipment to buy.

After jogging pretty regularly for about a month and a half and reading up on beginning and intermediate jogging messageboards, I began to realize I had two problems. First, my crosstrainers were about a half size too big for my feet. For playing pick-up basketball, this isn’t a big issue. For jogging regularly, it is. Second, I was beginning to feel some semi-regular pain in my arch. Again, this was related to the fact that I was using old, beat-up shoes to run in.

At this point, I now have established a regular jogging pattern and, more importantly, I have identifiable reasons why it’s worthwhile to invest in solid equipment. Not only do I know this is something I’m likely to stick with for a while, I also have compelling and specific reasons that I understand for buying good running shoes.

Unsuccessful hobbies can be money wasted

Here’s the flip side of that experience: My fielding glove from high school.
I was all hopped up to play baseball one year, so I went out in the early spring and dropped about $100 of my saved-up money on a baseball glove. It smelled wonderful and fit my hand majestically. I showed up to try out for baseball, knowing I was going to wow the crowds with my glove.

I stunk up the joint and quit after one practice when I quickly realized that I was much more apt to enjoy baseball as a fan than as a player.

That glove sat on a shelf at my parents’ house for about eight years, untouched, until I gave it to one of my nephews a few years ago.

If you’re trying something new, keep the startup costs low

Figure out what works for you and what doesn’t. Figure out if you’re going to actually follow this passion, or you’re dabbling.