Earn and Learn: 10 Great Jobs That Start With an Apprenticeship

As the cost of a four-year degree continues to surge higher, a more traditional form of education seems to be catching on: the apprenticeship. A wide range of government data reveals that low-cost or paid apprenticeship gigs are making a rebound among young people, adults already established in the workforce, and military veterans.

While some states lag behind in terms of the number of apprenticeship programs they offer, others – particularly states in the Midwest and Northeast – are leading the way. In fact, states like Indiana, Ohio, Pennsylvania, New York, Wisconsin, Virginia, New Jersey, and Connecticut all have more than 500 active apprenticeship programs as of 2014.

The reason behind the growing number of apprenticeship programs is simple – the vocational careers and trades that require apprentices are in demand. For example, from 2012 to 2022, the Bureau of Labor Statistics predicts exceptional growth for these industries:

In addition to pent-up demand, apprenticeships also offer perks that you can’t generally get with a college degree. Consider the following facts from the U.S. Department of Labor:

With so many benefits, it’s no wonder apprenticeships are becoming more popular than ever before. For many would-be apprentices, the prospect of paid training, the ability to earn a living wage while you study, and plenty of job prospects out of the gate sounds a lot better than paying an average of $36,500 for a four-year degree at a state school or far more at a private college.

With that being said, some apprenticeships are a better bet than others, with many experiencing higher levels of demand than average. Using data from the U.S. Department of Labor and the Bureau of Labor Statistics, we created this list of top jobs that start with an apprenticeship:

Using years of knowledge and experience, these workers repair broken elevators, perform basic and routine elevator maintenance, and work with elevator cables, motors, doors, and control systems. Since elevator repair is such a specific skill, it is most often learned through hands-on training under a qualified elevator installer and repairer. Most of the time, that training includes a five-year apprenticeship that offers 144 hours of related technical instruction and 2,000 hours of paid on-the-job training.

Similar to other workers in construction, pile-driver operators use heavy gear to move and transport large objects. Specifically, they use machines mounted onto skids, barges, or cranes to force heavy beams used for building foundations, piers, or bridges into the ground.

Since learning the ropes takes time and plenty of hands-on experience, most people begin this career with a three- or four-year apprenticeship. These programs can vary, but they usually involve a combination of classroom and technical instruction and on-the-job training.

Plumbers, pipefitters, and steamfitters install various pipes and fixtures that carry liquids and gases in and out of buildings and homes. They study blueprints, determine which product needs to be installed, and perform installation of these components to meet state and federal standards. In addition to installation, they also complete system tests as well as upgrades and repairs.

Most of the time, plumbers, pipefitters, and steamfitters get started with a four- or five-year apprenticeship, which includes 1,700 to 2,000 hours of paid on-the-job training and 246 hours of related technical education.

After reading blueprints and studying their instructions, electricians use their in-depth knowledge of electrical circuits and their components to install and maintain electrical power through the use of wiring, control, and lighting systems. They inspect electrical components, identify electrical problems, repair or replace wiring or equipment, and make sure everything is done to federal and state regulations.

According to the Bureau of Labor Statistics, these workers typically begin their careers by completing a four- or five-year apprenticeship program, which can include up to 144 hours of technical training and 2,000 hours of paid on-the-job training.

Iron and steel workers perform a wide range of tasks that draw upon their knowledge and experience with iron and steel as building materials. They read blueprints, use cranes to lift steel beams, align and weld steel beams and columns, and use a variety of means to bend and form steel and iron. (And as you may know, they sometimes perform this work several stories above ground — so if you’re afraid of heights, maybe skip this one!)

Because this career requires so much hands-on experience, it’s most often started with a three- or four-year apprenticeship program, which includes 144 hours of technical training and 2,000 jobs of paid hands-on instruction.

Working mostly in businesses, factories, and other large buildings, mechanical insulation workers expertly apply insulation to pipes and ductwork. Since different types of insulation are needed for various components of each building, hands-on training and on-the-job experience is a must for this career.

According to the Bureau of Labor Statistics, most mechanical insulation workers complete an apprenticeship that lasts four years. Once graduated, they move on to high-paying and high-demand careers. Even better, this is another one of those jobs that simply cannot be shipped overseas.

Using bricks, concrete blocks, and stones, brickmasons, blockmasons, and stonemasons use their knowledge and physical strength to build homes, buildings, foundations, walls, and other structures. In addition, many of these workers draw on their creativity to envision and build creative design elements made out of brick or stone, such as custom outdoor fireplaces, brick porches or patios, or unique chimney features.

Since these trades require a lot of technical skill and experience, learning on the job is typically what works best. Although some of these workers learn their skills at a trade or technical school, the vast majority learn their trade through a three- or four-year apprenticeship program.

Carpenters use wood and other materials to build everything from walls and foundations to furniture, stairwells, door frames, or rafters. They may also repair and replace damaged or rotting wooden components of a building or structure.

Since this is such a hands-on career, many carpenters learn their trade by starting as a helper or learning on-the-job. Others, however, complete a three- or four-year apprenticeship that includes 144 hours of technical training and 2,000 hours of paid on-the-job training and labor.

Commonly referred to as solar panel installers, these workers install and repair solar panel systems in homes and commercial settings. They map out solar installation plans, hook up the systems to the grid, and perform basic maintenance as well as in-depth repairs.

Many begin this career with on-the-job training under the supervision of an experienced solar photovoltaic installer, while others learn their skills through occupational apprenticeship programs. While solar-specific apprenticeship programs aren’t currently available, many experts suggest they will be available in the very near future.

Using a cement mixture, cement masons, concrete finishers, and terrazzo workers create decorative and useful concrete surfaces for everyday use. They set forms to hold concrete in place, take special care to pour concrete to exacting standards, and spread and level the product before adding sealants and waterproofing.

Although there are no specific requirements, most cement workers learn their trade by completing an internship that lasts up to three years. In some cases, cement internships include 144 hours of classroom instruction and 2,000 hours of paid training.

Due to their popularity, apprenticeship programs aren’t always able to accept every applicant. And since each industry sets it own standards, requirements can vary by field or by region. Typically, the minimum age requirement for these programs is 18, and candidates must have a high school diploma or GED. Although acceptance to an apprenticeship program hinges on a wide range of variables, graduating through the program requires proficiency, the ability to complete tasks as described, and the physical ability to do the job.

In some cases, apprentices are required to foot the bill for some of their upfront costs. For example, even though training is paid, they might be required to purchase their own uniforms, work boots, basic tool kit, and safety equipment, such as goggles and gloves. Apprentices should also count on paying for their own transportation to and from any classroom training or applicable job sites.

How to Learn More about Apprenticeship Programs

Fortunately, the United States Department of Labor offers a ton of resources that can help you sort through potential apprenticeship programs, analyze their requirements and standards, and find a good fit based on your interests and skill set. While all kinds of companies and organizations offer apprenticeships of one kind or another, local trade unions are often a good bet when looking for opportunities in your area. But according to the Labor Department website, a full 150,000 employers and labor management organizations participate in registered apprenticeship programs every year, which means there are plenty of opportunities in a wide range of fields.

Apprenticeships are becoming a popular alternative to expensive, four-year degree programs. And by learning a specific skill or trade, many workers have secured a lifetime of good job prospects and high pay. To find out more about apprenticeship opportunities in your area, check out Apprenticeship USA, a project sponsored by the U.S. Department of Labor. 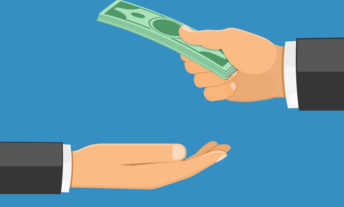 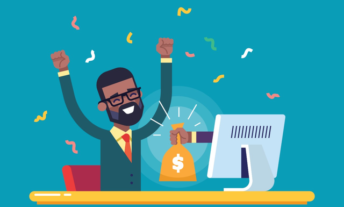 30 Legitimate Ways To Get or Earn Money Fast