One of the most painful realizations I had when I started getting my financial life in order was that my job didn’t help me earn as much money as it seemed.

Since I made this realization when I earned around $40,000 a year, let’s use that as a baseline.

Factors that Reduce Your Take-Home Pay

Second, I had to pay for my commute. This was about ten miles each way, and it was the primary reason I owned a vehicle. So, let’s tack on top of that a monthly car payment of about $200, about $40 a month in gas, about $30 a month (prorated) in maintenance expenses, and about $40 a month in insurance, just to keep that car on the road.

I also had to wear a nicer wardrobe. I spent $200 a year to make sure I dressed appropriately for meetings, conferences, and the like – and that’s a low-end estimation.

There were at least two meals eaten out a week, costing $10 each. There was travel about three times a year where many of the expenses would be challenged, meaning each of those trips set me back about $100 out of pocket.

Not only that, there were a lot of times where I would put in extra unbilled hours to meet a deadline. I easily averaged 50 hours a week there.

Plus, there’s the time spent traveling – another 50 hours spent places where I didn’t want to be per trip. There’s the time spent commuting – about 40 minutes per day. There were also work-related meals and other activities to attend, eating down another four hours per month.

When you start running the math on this, the equation starts to change.

My job is suddenly paying me less than $10 an hour.

Of course, there were other job benefits that had some significant value, but frankly, I wasn’t actually using them. My wife and I sat down and compared the health insurance offerings at our two jobs and her insurance was far better than my own, so we used her insurance. I had no use for their life insurance option, either, and their retirement plan wasn’t particularly strong. These things do have value when you’re comparing jobs in this way, but only if you’re using them.

Amazingly, I was actually earning more money that I could keep with my part-time job as an undergraduate. I earned $12 an hour. There was no travel costs, no wardrobe costs, no extra activities, no unpaid work (I kept a diligent timesheet), no commute (I worked really close to where I lived). I would be left with more than $10 per hour working at this job.

On a per-hour basis, my part-time job in college was more lucrative than my first “good” job after college. It was also certainly less stressful and far less intrusive on my time.

One of my closest friends at the time made $7.50 an hour working at the night shift at a local gas station right after college. The gas station was just down the block from his apartment, and he’d spend most of his time there reading or practicing his sketching, as he’d have a customer maybe once every fifteen minutes. He didn’t have a car and on the rare occasions where he needed to go somewhere, he would just take the bus for a quarter or two.

It often seemed that he had more money to spare than I did. At the time, I thought it was just an illusion, but when you start running the numbers this way, it’s not entirely surprising, particularly if he was paying lower rent and lower utilities than I was.

When You Discover Your Salary Isn’t Worth It

It was realizations like this one that convinced me to make a scary career leap and start working on my writing full time. Doing that meant that I no longer had a commute (saving on car maintenance and fuel and time), nor any wardrobe costs, nor any eating out costs. My time spent on work was actually spent on work. There was no more travel – I’ve only been tempted to travel related to it once, and that one time was cancelled due to a family illness.

On the surface, my salary dropped through the floor when I made this move, but when I started running the numbers like this, I began to realize that my hourly income really wasn’t going down that much.

Whenever you’re thinking about your next job or your next career move, you need to think through these kinds of things. Often, a job that looks like it earns you great pay or is a great opportunity really isn’t either, and a job that seems like you won’t be earning much actually leaves you with a lot of money in your pocket. When you take into account things like stress and schedule flexibility, sometimes the “low-end” job is just the job for you, particularly if you’re simply working to earn a paycheck and are focusing your energies on making a side business or another opportunity get off the ground.

5 Steps to Calculate How Much You Really Make 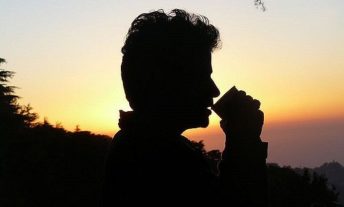 ‘I Make Myself Rich by Making My Wants Few’ 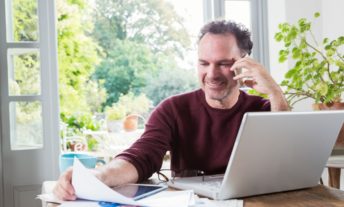 10 Financial Changes To Make for Your Future Success