Everything You Need to Know About Workers’ Compensation 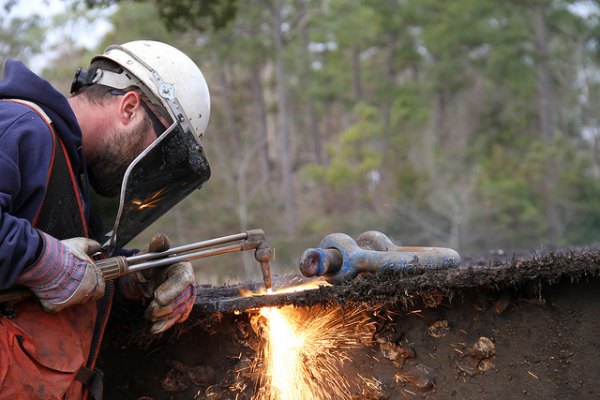 It isn’t just construction workers who get hurt on the job. Every business with employees needs workers’ comp coverage.

Virtually every business with any employees in the United States has to address the issue of workers’ compensation coverage. We’ll look at why you need it, how it works, and how to pay less for it.

Most but not all states require that workers’ compensation coverage be provided in the form of an insurance policy purchased from a third-party insurer. There are a few exceptions, such as Pennsylvania, which offers employers the option of self-insuring through a state fund. A notable exception to the requirement for coverage is Texas, which does not have a workers’ compensation requirement for most businesses.

While it may seem obvious, it’s important to note that not being required to have workers’ compensation coverage does not absolve employers of liability in the event an employee is injured while working.

Workers’ compensation insurance is like any other business insurance: It provides a level of financial protection against loss that results from insured perils. State minimum requirements and coverage exemptions differ in nearly every state, so we won’t get into coverage based on legal requirements.

A Brief History of Workers’ Comp

The first recorded mention of workers’ compensation comes from antiquity and dates to about 2050 B.C. It is mentioned in the Sumerian tablet No. 3191, which specifies the amounts of compensation to be paid to workers for injuries to various parts of their bodies. Later Greek, Roman, Arab, and Chinese laws had formal compensation schedules for various injuries. The payment amounts were tied to the type and extent of the injury.

Jumping ahead a millennia or two, legend has it that the pirates of the Caribbean — neither the movie nor theme park attraction, but the actual pirates — had a system of workers’ compensation. This is because, contrary to their portrayal in film and print, pirates were a league of entrepreneurs who relied on each other to secure their incomes. Therefore, if a member of the crew was injured as a result of their “business activities,” the others would contribute a share of their booty to compensate the injured man.

Modern workers’ compensation took hold in the United States in 1911, when Wisconsin was the first state to develop a system that compensated workers for injuries without their need to resort to legal action. The initial laws, which were adapted by other states in rapid succession, were no-fault and designed to ensure that workers would receive prompt medical attention and reasonable compensation for injuries. Employers readily embraced the new concept because it reduced the likelihood of lawsuits and their uncertain financial consequences.

Among the states that require employers to have workers’ compensation coverage, there is are a range of exemptions for businesses with limited staffs.

Some states, like Alaska, require that any business with one or more employees have workers’ compensation insurance. Other states, such as Florida, which exempts businesses with fewer than four employees, have higher thresholds for requiring coverage. However, state requirements — or lack of them — are not expressions of need.

The fact is that any business with any employees working either full- or part-time is vulnerable to extensive out-of-pocket costs if an employee becomes sick or injured on the job. That means that not having insurance does not absolve you from having to pay for the costs of work-related injuries or illnesses.

Even if your business is statutorily exempt from having to carry coverage, you should carefully weigh the potentially catastrophic costs of not having insurance against the minimal premium savings.

Note: The current law in most states permits sole proprietorships and partnerships without employees to purchase workers’ compensation to cover themselves.

Workers’ compensation insurance, like other forms of insurance, is independently regulated by each state. However, unlike most forms of consumer insurance — auto, life, and homeowners — workers’ comp coverage can be dramatically different from one state to another.

The differences are not in the structure of the policies, but in the way benefits, coverage, and premiums are computed. Therefore, if you have relocated or operate in more than one state, you shouldn’t assume that policies are fundamentally the same.

Unlike most other forms of insurance, workers’ compensation policies do not have a face value or coverage limits for their primary coverage: employee compensation. Instead, policies are typically divided into two parts. Part one addresses statutory liabilities as defined by state laws. Part two relates to employer liability for injuries that aren’t addressed by those state compensation statutes.

This part of a workers’ compensation policy provides protections that are based on each individual state’s rules for compensating employees who are injured or become ill as a direct result of their employment.

The primary concern of part of the policy is to ensure the employee is fully protected. This is done by ensuring that all medical and rehabilitative expenses that result from a covered illness or injury are paid in full without any encumbrance on the employee.

Part one also provides for loss of wages coverage for an employee who is unable to work due to a work related injury or illness. Since the breadth of possible injuries and illnesses is so expansive, it is impossible to even estimate in advance how long an employee will be unable to return to work.

The same logic applies to the cost of medical and rehabilitative care. While medical costs are covered at 100%, the level of lost income replacement varies from state to state, and is often based on a percentage of income at the time of the claim, with a cap on the maximum amount payable per year, but no limit on the duration of payments.

Unlike part one, employer liability coverage is subject to limits over and above which the insured is responsible for. If a business has a coverage limit of $1 million but is successfully sued by an injured employee for $2 million, the business is responsible for paying half of the settlement out of pocket. That’s where this part of the policy comes in.

Most state laws have strict guidelines as to when an employee can sue an employer for a workplace injury or illness, and they generally prohibit suits for injuries that result from normal duties. That’s because these injuries are covered by part one of workers’ compensation policies.

However, employers can be sued for injuries or illnesses that occur because of negligence on the part of the employer. For example, if an employee is injured while operating a piece of equipment that is functioning properly and that he’s been trained to use, he usually can’t sue. On the other hand, if that same piece of equipment was not properly maintained, then the employer could be sued for damages above and beyond part one compensation.

Controlling Costs for Your Business

Workers’ compensation premiums can range from minimal to very high, depending on a number of factors, such as the number of employees, the industry, and your claim history. While there’s little you can do about the factors used to determine premiums, there are steps you can take to make sure you’re paying the lowest possible rate for coverage.

Because assigned risk policies are assigned to insurers rather than voluntarily accepted, the premiums for them are usually higher. Unfortunately, many insurance agents will simply submit all new workers’ compensation policy applications to the assigned risk pool without notifying policyholders.

You should always ask and insist on knowing whether your policy was issued as an assigned risk. If it was, check with your state’s department of insurance to find out if assigned risk premiums are higher than voluntary placements. If your policy is assigned risk, talk to your agent or another agent about having your policy direct-written by a different insurance company.

For policies that are direct-written (not assigned risk), ask your agent if you’re eligible for any state credits to lower your premium. Many states offer premium credits for employers who initiate and maintain a drug- and alcohol-free workplace, for example. Other credits may be available for certain training and safety programs.

Many trade associations and affinity groups, such as local chambers of commerce, sponsor workers’ compensation insurance programs that can offer substantial premium savings. Begin by checking with organizations that you already belong to and expanding your search from there.

If your only reason for joining an organization is discounted insurance, be sure to factor in membership dues and fees as part of your premium cost so that you can be certain you’re comparing costs accurately.

It is not uncommon for an insurance company to send out an auditor to a business before setting a final premium rate. A workers’ compensation audit can include as little as an examination of your business payroll records, or be as involved as a full inspection of your operation.

In either case, when an audit is complete, request a copy of the auditor’s work papers so that you can review them for accuracy, especially with regard to payroll amounts. Since premiums are based on payroll and employee duties, make sure that each payroll entry has been allocated to the correct employee.

Start by communicating the importance of safety to your employees. Explaining that while their well-being is of paramount concern, it is not the only reason to work safely. Empower employees with an understanding of how a safer workplace is a more profitable one, as it lowers costs for things like workers’ compensation insurance. Most employees will respond favorably to the notion that improved safety means a healthier bottom line, which translates to greater job security and higher incomes for them.

Do your homework by examining trends in work-related illnesses and injuries. Make changes to your systems and processes that enhance safety, based on actual experience. By taking the time to understand the when, why, where, and how of injuries, you can take effective steps to improve safety. Don’t forget to involve your employees by asking for their input as to where risks exist, even if no injuries have resulted thus far.