Some Thoughts on Plasma Donation 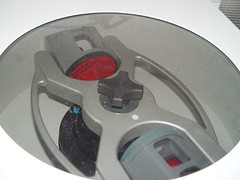 One of the most frequent “quick money” tips I see bandied about is plasma donation. Go to a plasma donation center, complete a questionnaire, get your pulse and blood pressure taken, and have some blood taken, and you receive a payment for $25 or so.

My wife actually did this while we were in college to earn some extra money. She donated plasma roughly once a month and used that cash to help pay the rent and eat a steady, healthy diet.

But before I give a wholehearted, “Hey, that’s a great way to make money,” I wanted to know a bit more about donating plasma.

What is plasma donation? Plasma is one of the four primary components of blood, along with red blood cells, white blood cells, and platelets. More specifically, plasma is the fluid in which those other materials are suspended, like particles in an Italian dressing.

Plasma donation is a process where you have an amount of blood withdrawn from you, the plasma is extracted from that blood, and the remaining materials are put back inside of you.

Is it safe? Painless? How long does it take? It’s perfectly safe as long as you keep the frequency of your donations low. The American Red Cross recommends donating once a month at a maximum, though some for-profit plasma donation centers (we’ll get to that later) allow you to donate more often. If you stick with the Red Cross recommendations, you’ll be fine.

My wife described the experience as being much like giving blood, except that it feels cold when they put the red blood cells back into you. She also said she felt a bit dehydrated each time, but after a few cups of juice (which were provided), she felt fine.

What happens to the plasma that I donate? If you give your plasma at a for-profit center and receive money for it, you lose control over what the plasma can be used for. This means that while some of it may wind up helping burn victims and the like, some of it might also be used by pharmaceutical research companies for their experiments.

If you instead choose to donate your blood, through the American Red Cross, for example, you can receive assurance that your blood will be directly used for treating medical emergencies. You lose that right if you sell your plasma.

Is it ethical? Some of my closest friends have serious objections to the practices of the pharmaceutical industry and object loudly to selling your plasma, as the pharmaceutical companies will use it to develop medical treatments and will profit from your plasma. However, if you’re personally fine with that – and most people are – then plasma donation is ethically reasonable.

Would I do it? If I were in a situation where I was hard-pressed to make ends meet, I would certainly look at plasma donation as an option for making a few extra dollars to keep food on the table for my family. If I were in college again and needed just a bit more to help me get through the semester, I’d consider selling my plasma in that situation as well.

However, if I’m merely looking at the social benefit of donating blood, then donating directly to the American Red Cross is the best option. They use all of your blood directly in treating individuals who need emergency medical care. I give my donations in this fashion simply because of personal choice – that’s where I want to see my donated blood going.

Beyond that, though, plasma donation is a safe way to put a bit of money in your pocket or a bit of food on the table.

70% of Working Americans Need a Pay Increase This Year