Home Buyers, Beware: Wire Fraud Is on the Rise

Imagine you’re getting ready to close on your first home. You receive the closing paperwork and take special care to ensure all the details are correct. But, on the way to the bank, something funny happens – you receive alternate instructions on where to transfer your down payment.

You call your realtor and title company to confirm these details, but never hear back from the title company. You do talk to your realtor, but she doesn’t set off any alarms. Running out of time, you rush to the bank at the last minute, careful to get the wire transfer details correct for your $52,660 down payment.

As you head to the closing meeting, however, your realtor calls to ask where you’re at.

Why? Because your wire transfer hasn’t registered yet, apparently.

Sh*t hits the fan. As you head to your closing meeting, you find out the last email you received wasn’t from the title company at all, and that you’re the victim of a scam.

Somehow, fraudsters impersonated the company’s letterhead, intercepted your emails, and sent you phony documents. The money you sent? It went directly to a scammer’s account with Bank of America.

If this sounds crazy, that’s because it is. Yet, stories similar to this one play out all over the world, all year long.

Recently, it even happened to a popular financial blogger, Shannyn Allan of FrugalBeautiful.com. That story I just shared? That’s precisely what happened to Allan, a single gal who spent years saving up a 20% down payment so she could buy a new home.

According to the Federal Bureau of Investigation (FBI), wire transfer fraud is up substantially in the U.S., accounting for $5.3 billion lost to various wire transfer schemes.

It can happen to anyone, whether it’s an employee who’s conned into wiring business funds into a fraudulent account, or a new homeowner scammed into sending cash straight to fraudsters.

When Wire Fraud Happens to You

While Allan definitely has some regrets (chief among them: Why couldn’t she have waited to speak to the title company first??), she says a lot of things had to go right for her to become a victim of this scam.

First, the scammers were great at impersonating the title company – so great she had no idea the documents were fakes. Allan says she had no reason to feel suspicious about it either – especially since her realtor said not to worry.

“The title company hadn’t really gotten back to me in the flurry of activity the day before my close. I tried to call but hadn’t heard back,”says Allan.

The “last-minute change” email she got about the wire transfer was received on her phone, she says.

“I thought it was weird and asked my agents why the title company would change information so last minute, or if it was their policy to change banks for wires over $10,000,” says Allan. “But they apologized for the pain in working with the title company and didn’t catch it.”

Since Allan was already stressed over the home purchase and missing work to go to the bank, she went ahead with the transfer. Fortunately, Allan and her team realized what happened within a few hours, making it possible for them to report the fraud to the police, the FBI, and the two banks involved (Chase and Bank of America).

After weeks of uncertainty and a ton of social medial blasts and phone calls with both Banks, Allan was finally able to recover her funds and close on her house.

Now Allan wants to spread the message so other home buyers don’t fall victim to this scam.

How to Prevent Wire Fraud

While Allan was fortunate, it can be difficult to recover wired funds – so preventing wire fraud is key, says scam prevention expert Justin Lavelle of Been Verified.

“The hackers will say there’s been a change to the wiring instructions for the funds for closing and instruct the buyers to send the funds to a different account, which really belongs to them.” Your bank account could be cleared out in a matter of minutes, and you’re not likely to get the funds back.

“Email is not a secure way to send financial information, so never respond to an email requesting money or wire transfers,” says Lavelle.

To find out more about wire fraud and how to prevent it, I spoke to Bruce Dorris, vice president of the Association for Certified Fraud Examiners.

According to Doris, most spoofed email is recognizable if you know what to look for. “Think before you click,” he says.

Spoofed emails often look close to the original but have some discerning features that make fraud more likely. The author might ask to get a response at a generic email address (like a gmail account), for example. Or, like in Allan’s case, they may ask for money to be sent somewhere different at the last minute. In hindsight, that should have set off some red flags.

“Be cautious and smart before opening suspicious email,” says Dorris. “But stay skeptical even with email allegedly sent by people and businesses you know, as a fraudster can cleverly disguise and spoof known companies.”

You can also hover over links and email addresses with your cursor to see the real URLs behind them. (Just because the text of a link says BankofAmerica.com doesn’t mean clicking it will take you there.) If the destination websites aren’t affiliated with the sender’s usual domain — for example, if hovering over links in an email that’s supposedly from your bank reveals odd or unrelated websites instead — that’s a red flag.

“That is a strong indicator not to click,” says Dorris.

Also, when it comes to wire transfers and other immediate and usually permanent methods of moving money, call to confirm all the details if something seems off. And, don’t wire the money if you can’t confirm details with the title company or the party initiating the transfer.

When it comes to Allan’s situation, it was hugely disappointing to find out she spoke to her realtors about the wire transfer change and they never warned her of fraud. She did the right thing, and still had her money stolen.

What to Do When You’re a Victim of Wire Fraud

According to the experts, Allan was lucky she was able to act so quickly. Because she filed reports with the police, the FBI, and both banks within an hour, the wire transfer was mostly stopped in its tracks.

It did take a few weeks to get the $52,660 back in Allan’s hands, but the delay was mostly due to bickering among banks over the logistics of returning her money.

“If you suspect the fraudsters behind the email are about to drain your account, call the financial services business that you’re doing business with immediately so that it can put a hold on your account and freeze any transactions,” says Dorry. “Minutes, even seconds, matter in transactions like this, and assuming the financial institution hasn’t already stopped or suspended the payment, immediate information from you will help tremendously.”

Allan, who is trying to enjoy her new home in light of the wire fraud nightmare, says she’s pushing for changes on the title company and realtor level. With wire fraud on the rise, it’s crucial for professionals involved in these transactions to warn consumers about what to look for.

“A warning, any warning, would be easy and free- yet I don’t know why companies don’t do it,” says Allan.

The bank Allan used is also making changes at the branch level to confirm wire information for customers and verify the sender’s information independently, she says. “I hope that banks as a whole will do this.”

The craziest thing Allan says she learned from this experience is that most people don’t get their money back. If she had waited a few more hours before reporting the fraud, her money may have been gone for good.

During the midst of her ordeal, Allan’s friend sent her the link to the story of a Minnesota couple who lost $200,000 through the same type of scam. They wired the money to buy a new home closer to their grandchildren, and they may never see their money again.

In an interview of Kare 11 in Minnesota, Jeffrey Van Nest of the FBI’s Minneapolis office says they’ve tracked approximately 14,000 victims of this fraud in the United States with losses approaching $1 billion. “And so it’s becoming a very big issue for us,” he said.

At the end of the day, it’s up to each of us to remain vigilant. Scammers are like chameleons, and they’ll continue changing just as we change the rules. So, if they can’t get your cash by impersonating your emails, it’s possible they’ll create another fraud.

“If a scammer scraped your information and Photoshopped their information into your closing statement, why wouldn’t they use a free service like Google Voice to come up with a fake number and impersonate your title company?”

Don’t put it above a scammer to fake a phone call, notes Allan. “It’s really shady and hackers are getting smarter and smarter.”

Asked what she would do differently if she had to do it over again, Allan says she would avoid wire transfers altogether.

“Bring a cashier’s check” if at all possible, she says. It’s safer and costs less than a wire transfer anyway.

Have you heard of this kind of fraud in your area? What steps would you take to prevent it? 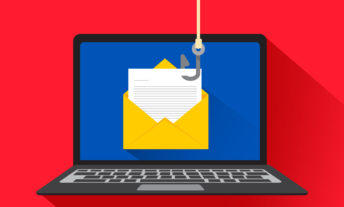 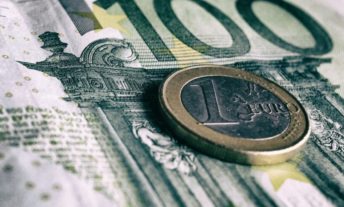