Will the next stimulus check pay your mortgage or rent for the month? It depends on where you live, and how much more is disbursed this year.

There have been two rounds of stimulus sent directly to the American people to cope with the economics of the 2020 pandemic. The latest round, approved in the waning days of 2020, rapidly sent $600 directly to most Americans’ bank accounts. The $600 stimulus was less than progressives in congress, and president-elect Biden had hoped for but was still much needed for Americans struggling to keep their personal finances in order.

The negative economic effects of the recent pandemic can vary by location. As housing is by far the average American household’s largest expense each month, we wanted to know just how helpful (or not quite helpful enough) the $600 is for residents of some of America’s largest cities.

Here’s what we found:

How much housing could your recent $600 stimulus pay for?

Methodology and other housing cost considerations

The averages used above for mortgage and rent are just that, averages. Your payment could be lower or higher depending on your housing situation, zip code etc. Rent numbers are for a one-bedroom apartment. If a household includes two adults, they might receive two $600 checks so the stimulus could cover double the amount shown in our table, if put towards housing costs.

It may come as a shock to some to see average mortgages be higher than average rent in a city. This effect is due to many factors including but not limited to decades-old mortgages with very low payments whereas with rent, it can always go up. We used the most current averages from Census.gov, where possible as well as Rent.com’s average prices based on their data.

Additional stimulus payments are in the works for 2021

With a new presidential administration arriving soon and the balance of power in the Senate changing tides, political analysts say plans for another, possibly larger round of stimulus are moving forward. A larger payment of say, $1,400  would pay for a full month’s rent in cities such as Dallas, Phoenix, and Denver. Mortgages for folks in places such as Houston, Miami and even Chicago could be three-quarters paid (75% covered) for the month.

How much housing could a potential $1,400 stimulus pay for?

The Biden administration has also proposed a new $1,400 stimulus. Above we show what that might look like. Interestingly to us, $1,400 is quite close to the national mortgage average of about $1,600. The national average in rent is about the same at $1,690.

We’ll continue to monitor the stimulus news as it comes and, as always, share resources to help you understand and optimize your personal finances, with or without additional stimulus. 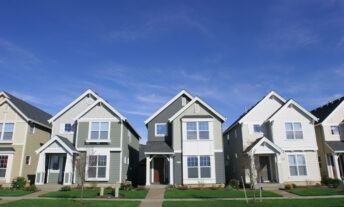 What’s the Average Monthly Mortgage Payment in the U.S.? 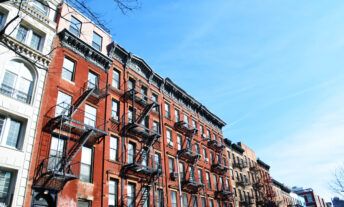 $25 Billion in Rental Assistance Is on the Way. Here’s How to Apply.