Coronavirus Mortgage Relief Is On the Way, But What About Renters?

On March 19, New York Governor Andrew Cuomo announced that mortgage payments will be waived for the next 90 days due to financial losses caused by COVID-19, the novel coronavirus.

Banks and financial institutions have been required to suspend mortgage payments in New York based on financial hardship — meaning, for those who are either working part-time or unemployed. If you’re a member of either group, the waiver won’t affect your credit report negatively or result in late fees or foreclosures.

Brent Weiss, CFP, who works as chief evangelist of Facet Wealth, says that this is a good first step to mitigating financial stress. “When we look at the biggest expenses for individuals and families, housing — either rent or homeownership — is at the top of the list. Suspending payments or modifying payment terms is likely the best solution to help everyday Americans weather this period of economic uncertainty,” he says.

This announcement comes amid a wider governmental effort to relieve Americans of the stress of unemployment. Due to the economic toll of the coronavirus, the IRS has delayed the federal tax filing and payment deadline to July 15, the Federal Reserve has slashed interest rates in an emergency maneuver, and President Trump has waived student debt interest for two months — if you ask for an administrative forbearance. Meanwhile, banks and lending institutions are providing their own relief to financially beleaguered customers.

At this time, New York is the only state to have passed a mortgage waiver. Cuomo has come under criticism, however, for leaving renters out of the equation. Housing activists and renter’s groups say that by not passing a rent waiver as well, landlords benefit at the expense of tenants, according to The Citizen.

Legislators across the aisle have called for a national moratorium on mortgage and rent payments. Rep. Maxine Waters (D-CA) has published a set of proposals calling for a suspension of all credit payments and debt collection, while Sen. Rick Scott (R-FL) has proposed a “60-day moratorium on mortgages, rent, fees and utilities for both individuals making less than $75,000 a year and small businesses with less than 250 employees,” according to his Fox Business op-ed. However, these proposals are unlikely to be included in the federal stimulus package expected to pass this week, according to reporter Heather Long from the Washington Post.

More than 36% of households are renters, according a Pew Research Center analysis of Census Bureau data. That’s 43.3 million households. Zumper, a company that connects renters to apartment openings, places the national median rent for a one-bedroom apartment at $1,219 this month. Extending protections to renters would provide immense financial relief, Weiss says.

Many states and municipalities have implemented moratoriums on evictions stretching through April, according to a comprehensive list compiled by the Motley Fool.

Individual landlords have offered free April rent and other types of relief for their tenants. Weiss advises other lending companies and landlords to do the same.

In addition to programs that suspend or modify rent payments based on financial need, Weiss also recommends that landlords hold off on reporting missed payments to credit bureaus during this crisis. “A missed payment can lower your credit score, and credit can directly impact our overall financial health,” he says.

Ultimately, a faltering economy is going to hurt both businesses and ordinary Americans. “We will overcome this crisis like we have all others in the past.” But, Weiss says, “What most people will remember is how we responded, how we treated one another, and how we came together within our communities to help those in need.”

As a founding member of Facet Wealth, Brent brings over a decade of experience as a financial planner. A graduate of the University of Notre Dame, Brent was recognized by Forbes Magazine as one of its “30 Under 30” in the field of finance in 2012. 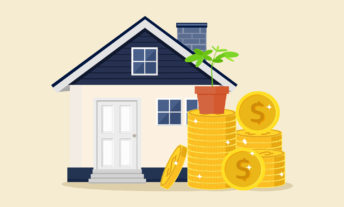