Massachusetts has some of the highest housing prices in the nation, especially in the popular Boston area. This state has an average overall home value of $464,000, which is much higher than the nationwide average of about $263,000. These high home prices are due, in part, to the central location of the state, the easy access to major metro areas and the many other perks that this state offers.

Despite the high home prices in Massachusetts, this could be the perfect time to buy a home in the state. Not only are the nationwide mortgage loan interest rates low across the board, but the Massachusetts mortgage rates are also at some of the lowest points ever.

Those rates, along with the state’s housing prices, are expected to rise in the next year. If you’re looking to move to Massachusetts, or if you’re a resident of this state and are ready to buy or refinance a home, here’s what you need to know.

The mortgage interest rate table below is updated daily to reflect the most current mortgage rates available in the market. According to Bankrate’s latest survey of the nation’s largest mortgage lenders, these are the current average rates for a 30-year fixed, 15-year fixed, FHA and VA mortgage rates.

In this graph: On , the APR was for the 30-year fixed rate, for the 15-year fixed rate, and for the 5/1 adjustable-rate mortgage rate. These rates are updated almost every day based on Bankrate’s national survey of mortgage lenders.Toggle between the three rates on the graph and compare today’s rates to what they looked like in the past days.

Mortgage rates around the nation have reached their lowest levels ever over the last year due in major part to the COVID-19 pandemic and the actions the Fed took to lower rates during the coronavirus pandemic. Rates began falling in March at the start of the pandemic and have consistently dropped since that time, remaining low into the new year.

There’s no way to know how rates will trend in the future, so it’s unclear whether the rates in this state will stay as low as they currently are. That said, many experts expect that rates will increase in early 2021.

[ Read: How to Calculate Your Mortgage ]

The state of Massachusetts has the fourth-highest housing prices in the nation, especially in the Boston area. Prices in this state have increased dramatically over the past decade. The state’s average home price has increased more than $100,000 in just the past five years along.

The bad news for homebuyers is that prices are only expected to increase. Luckily, the state also has some of the most competitive mortgage rates.

Massachusetts homebuyers have plenty of options to choose from when it comes to financing a home. Common mortgage types include:

First time home buyer programs in the state of Massachusetts

The state of Massachusetts doesn’t directly offer any first-home homebuyer programs, but other organizations within the state do. MassHousing is an independent agency in the state that helps homebuyers find affordable housing solutions. MassHousing’s offerings include:

Most and least expensive places to live in Massachusetts

The average housing price in Massachusetts is well above the national average, but prices vary quite a bit depending on where you go. There’s a difference of more than $800,000 between the most affordable and most expensive cities in the state — showcasing just how wide of a price gap there is between areas in this state.

The areas below are based on Zillow’s Home Value Index, which was used to find the most affordable cities to buy real estate in Massachusetts. The numbers below reflect the typical home value for homes in the 35th to 65th percentile range.

Most expensive places to buy real estate in Massachusetts

The average home prices below reflect the typical home value for homes in the 35th to 65th percentile range. A quick glance at a map will show you that each of the most expensive cities in Massachusetts are neighbors.

The top five most expensive places to buy real estate in Massachusetts includes the city of Boston, as well as its four neighbors to the west.

As noted, Massachusetts has the fourth-highest home prices in the nation, following only California, Washington, D.C. and Hawaii. One reason for the high home values is that the household income in Massachusetts is $20,000 above the national average. Housing prices in the state have also increased since the pandemic began, which is a trend spotted in many states.

Luckily, Massachusetts home buyers currently have access to lower mortgage rates than much of the nation. The nationwide average interest rate in the second week of January was 2.94% on a 30-year fixed-rate mortgage, while the average for the same loan in Massachusetts was 2.89%.

Already own a home and want to refinance?

Historically low interest rates make 2021 an excellent time to buy a home, and current homeowners can take advantage of the low rates as well. The refinance rates in this state were 0.06% below the national average as of the second week of January.

If you’re considering refinancing your mortgage, be sure to shop around for the best rate. Your raate will depend on factors, such as your credit score, overall financial picture and current home equity, but rates can also vary quite a bit from one lender to the next.

[ Read: How to Refinance Your Mortgage ]

There’s never been a better time to buy or refinance a home thanks to historically low interest rates. Housing prices in Massachusetts are well above the national average, which can make finding affordable housing a challenge. However, the state also has average mortgage rates below the national average, which could help offset some of the costs of living in this state. 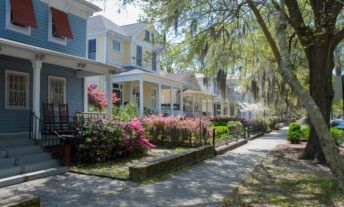 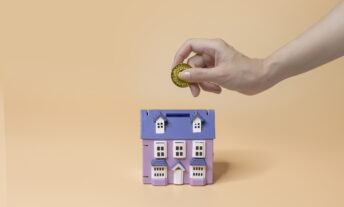 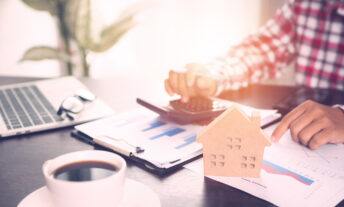