Mortgages in Forbearance Fell in January 2021

The COVID-19 pandemic has shaken up all areas of the U.S. economy in a number of ways, and the mortgage industry has been no exception. Since the start of the pandemic, the number of mortgages in forbearance have increased significantly — due, in major part, to the high unemployment numbers as well as the federal relief programs meant to help protect homeowners who are struggling financially.

While the forbearance and delinquency numbers in January 2021 look more optimistic than they did at other points in the past, experts still predict it will be a while before the rates return to pre-pandemic numbers. Here’s what you should know about this issue.

Current state of forbearance as of January 2021

According to data from the Mortgage Bankers Association, about 5.46% of all mortgages — or roughly 2.7 million homeowners — were in forbearance during the second week of January, down slightly from 5.53% the week prior.

Forbearance numbers have ebbed and flowed over the past 10 months, in major part because of the economic changes caused by the pandemic. The latest decrease in forbearances came after a three-week increase caused by the economic slowdown in December.

The foreclosure moratoriums for Fannie Mae are set to end January 31, while the foreclosure protections for Freddie Mac loans are set to end on Febuary 28. Further compounding the issue is the fact that the deadline to request forbearance on a government-backed loan is currently February 28.

If your mortgage is backed by Fannie Mae, Freddie Mac or another government agency and you’re still facing financial hardship due to COVID-19, be sure to request mortgage relief before the deadline. You can request up to 180 days of forbearance if you need it.

2020 forbearance trends and the COVID-19 pandemic

When the pandemic hit and unemployment numbers increased, many homeowners struggled to make their mortgage payments. In response, the federal government provided mortgage relief as part of the CARES Act, a $2.2 trillion stimulus bill to provide relief during the COVID-19 pandemic.

Included in the bill was a provision to protect homeowners with mortgages that are backed by a government agency or government-sponsored enterprises (GSE) such as Fannie Mae or Freddie Mac. Under the CARES Act, borrowers who fit the criteria couldn’t have their home foreclosed on. Those experiencing a financial hardship could also request forbearance in 180-day increments for a total period of 12 months.

During the first couple of months of the pandemic, the number of homeowners with forbearances grew rapidly. At the start of the pandemic in early March, only 0.25% of loans were in forbearance. By the first week of April, that number had risen to 3.74%.

Despite the relief provided by the federal government, mortgage delinquencies still remain high. Part of the problem is that the federal protections only apply to those with a government or GSE-backed mortgage. As a result, many homeowners aren’t eligible, and some may not realize there are programs available to help.

Before COVID-19, the number of mortgages that were delinquent was fairly steady at about 3.6%. By mid-2020, that number had risen to more than 8%. Mortgage experts expect that delinquency rates won’t return to pre-pandemic levels until early 2022.

Despite the increase in unemployment and mortgage delinquencies throughout 2020, the past year has still been booming for the housing market.

First, the Federal Reserve slashed interest rates in 2020 to help keep the economy moving during the pandemic. As a result, mortgage rates have reached all-time lows over the past year, significantly increasing the demand for homes and refinances.

The public health crisis also caused many families to flee urban areas in favor of suburban neighborhoods or smaller towns. This pattern has caused housing demand and prices to spike in those areas due to an influx of new residents.

The government relief programs have also kept the housing supply low, despite the high demand. Thanks to the foreclosure moratorium and forbearance program, many homeowners have been able to stay in their homes when they otherwise may have had to sell. As a result, the housing market supply hasn’t increased like it generally does during an economic crisis.

There’s no way to know exactly what is to come for the remainder of 2021. The past 12 months have been a tumultuous time for the economy as a whole, including the housing market.

The first thing worth noting is that many of the federal protections for homeowners are set to end soon. The foreclosure moratorium will end Jan. 31 for mortgages backed by Fannie Mae and Freddie Mac and Feb. 28 for mortgages backed by a government agency. Additionally, the deadline for homeowners to request forbearance from a government agency is Feb. 28.

Despite the protections currently in place, the delinquency rate for federally-backed loans has remained significantly higher than the rate for mortgages overall. Once the current relief programs end, it’s possible that many of the loans currently in forbearance will become delinquent, ultimately causing them to go into foreclosure.

Federal programs under the CARES Act have provided much-needed relief for homeowners struggling to make their mortgage payments. Forbearance rates have ebbed and flowed over the past 10 months, decreasing slightly in the first week of January 2021. The mortgage market is expected to go through more changes in the coming months as federal protections come to an end, but what will happen over the long haul remains to be seen.

Find the Best Mortgage Rates Near You 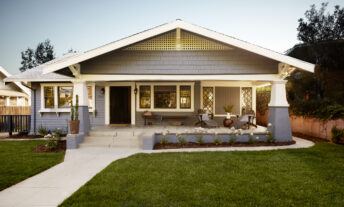