Mortgage Rates Are at All Time Low; Where Are Rates Trending?

COVID-19 has had a significant impact on just about every facet of the American economy. Mortgages have been no exception. Mortgage rates reached an all-time low in 2020, with buyers getting loans with rates below 3%. This year, a record number of people are refinancing their home loans in response to the year’s low rates as well.

If you’ve been considering the idea of either buying a home or refinancing your current mortgage soon, you might be in luck. Because of the uncertainty in the economy and the Federal Reserve Bank’s actions when it comes to interest rates, most experts agree that rates are likely to stay low into 2021, and may even continue to decrease over time.

In 1971, Freddie Mac began surveying mortgage lenders and publishing the data on average mortgage rates. In the half a century since then, the rates have risen and fallen in response to other economic factors.

When Freddie Mac began compiling this data, rates were in the mid-7% range and would steadily increase over the next decade. Rates reached their peak in Oct. 1981, when they hit a whopping 18.45%. The nation was experiencing extreme inflation at the time, and the Federal Reserve increased rates to address it.

After a slow decline that spanned the next decade, rates have consistently stayed below 10%. In 2012, the rates made it as low as 3.35% as the company recovered from the Great Recession. Rates saw a slight uptick after that, but have remained below 5% overall since.

How rates have changed since COVID-19

In March 2020, the Federal Open Market Committee (FOMC) of the Federal Reserve Bank reduced the target federal funds rate to nearly zero in response to the COVID-19 outbreak and the subsequent economic impact. The federal funds rate is the rate at which banks lend money to one another, but a change in that rate creates a ripple effect for other interest rates.

One of the effects of the lower interest rates overall has been a reduction in mortgage rates. After reaching their 2020 peak in January with a rate of 3.62%, rates have consistently dropped throughout the year. The 30-year mortgage rate dropped as low as 2.89% in Sept. 2020 — the lowest that mortgage rates have ever been.

In response to the historically low mortgage rates, homeowners have been refinancing mortgages in record numbers. The number of mortgage refinances is up 215.5% from the same time last year.

Where are rates trending?

And as for the rest of the year? Experts expect mortgage rates to remain low for the remainder of 2020 and into 2021. Because the Fed has indicated it plans to keep rates low, experts find it unlikely that mortgage rates will increase significantly. That being said, rates may increase slightly as the economy recovers.

Is the Federal Reserve committed to low rates?

Not only did the Federal Reserve lower rates to near zero in 2020, but it also committed to keeping them there. Initially, the Fed had suggested it would keep rates near zero at least through 2022. In Sept. 2020, it announced its promise to do even more to help the country through the economic recovery, indicating that rates would stay at or near zero through 2023.

While the Federal Reserve doesn’t directly set mortgage rates, its actions indirectly impact rates on all kinds of loans. So, while mortgage rates may ebb and flow as the economy changes, it’s unlikely that mortgage rates would increase significantly — as long as the federal funds rate remains near zero.

How to prepare for future interest rates?

You might be wondering what this all means for you. Depending on what experts will happen with rates, there are different steps homeowners and potential buyers can take in response. Keep in mind that no one can fully predict the future, though. Experts predicting that rates will further decrease doesn’t guarantee it will be the case. Improvements in the economy could still cause mortgages rates to trend back up, and the unpredictable political climate with the 2020 election could throw curveballs as well.

If interest rates are expected to rise

A record number of people have refinanced their mortgages in 2020 due to the historically low interest rates. While the rates may remain lower than average overall, that doesn’t mean there won’t be a slight uptick here or there. Rates can climb due to demand, too — and there’s more demand when rates are lower, making it possible for a few intermittent hikes.

If experts predict rates will increase, then current homeowners may want to look into refinancing sooner rather than later. Otherwise, they will end up paying more for their refis once the new rates roll out. And for those currently weighing a home purchase, buying now could allow them to lock in the lower rates rather than waiting.

If interest rates are expected to fall

If rates continue to fall, as the majority of experts in the Bankrate panel believed they would, then we could very well continue to see record numbers of mortgage refinances. This would also be the best-case scenario for those considering a home purchase but aren’t ready to take the leap today.

In this case, you may want to jump on a refi or home purchase when you’re ready. It’s always smart to make a move as soon as the rates hit the low you’re looking for. If you wait, the demand could drive up the rates again.

If interest rates are expected to remain stable

The Federal Reserve has made clear its intentions to keep the federal funds rate low through the end of 2023. This is good news for anyone who plans to buy a home in the next few years. If it is indeed the case that rates remain stable, then there’s a good chance that homebuyers will be able to get an affordable interest rate when they’re ready to sign on the loan.

Mortgage rates have reached historic lows in 2020 due to the Fed’s response to the COVID-19 outbreak and its economic impact. The majority of experts on one panel predicted that rates would continue to fall, at least for the foreseeable future. This prediction falls in line with the Fed’s promise to keep interest rates low through 2023. 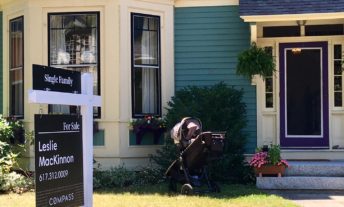 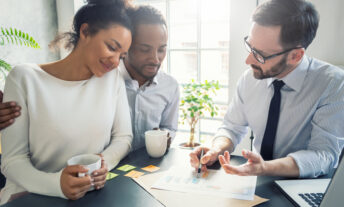