When you make a large purchase like a home or a car, it’s not uncommon to borrow money to complete the transaction. Most people don’t keep tens of thousands of dollars on hand for large purchases, and that’s when a lender can come in handy.

Loans are not done out of goodwill, though. When banks lend money to consumers, they charge interest on the loan. The interest rate is the percentage of the loan amount you pay in exchange for using the bank’s money. These rates are generally fixed, and you’ll pay the interest each month as part of your monthly payment.

The interest rate you can get on a loan depends on various factors, including the type of loan, your creditworthiness and the current market rate. Luckily, borrowing money is more affordable than ever in 2021 since interest rates have reached historic lows in 2020. Here’s what you need to know.

What is an interest rate?

An interest rate is the amount of money that you pay to a lender in exchange for the use of their money. Interest rates are set as a percentage of the principal, or the amount that you borrow. Whether you’re swiping a credit card at the grocery store or borrowing hundreds of thousands of dollars for a home, the bank will charge you interest for the right to use their money.

You can also earn interest by letting other people use your money. When you deposit money into your savings account, the bank gives that money to other people in the form of loans. In turn, you get a cut of the interest. Debt securities like bonds work in a similar fashion, but you’re lending money to companies and governments in exchange for interest rather than lending it to individuals.

One of the common scenarios where borrowers pay interest is when they borrow money for a home. When the lender agrees to give you money, they do so at an annual interest rate that you pay monthly.

Let’s suppose you have a mortgage with an interest rate of 4%. Each month, you’ll end up paying .0033% interest, or your principal balance multiplied by .0033.

With a loan of $250,000 and an interest rate of 4%, you’re charged $833.33 in the first month. As you pay off the loan, the amount of interest you accrue each month decreases, since there’s less principal balance to apply the interest to.

Anytime you borrow money, you can determine the amount you’ll pay in interest by multiplying the interest rate by the total outstanding loan amount.

Another thing to know is the difference between interest and APR (annual percentage rate). The interest rate represents just the percentage the lender charges you each month in exchange for using their money. APR is also represented as a percentage and consists of both the interest and other one-time fees you incur for the loan.

How do interest rates work?

You can generally expect to pay interest any time you borrow money. Common examples of when interest might apply include mortgages, car loans, student loans, personal loans and credit cards.

Most loans come with a fixed interest rate, meaning you’ll pay the same rate over the entire life of the loan. With mortgages, you’re also given the option of an adjustable-rate loan. With an ARM loan, you start with a fixed rate for a certain number of years. Once the fixed period ends, the interest rate may change periodically as rates rise or fall.

The rate you can expect to pay depends on several factors, including your creditworthiness and the type of loan you’re taking out. Certain debts, such as federal student loans and mortgages, tend to have lower interest rates. Other debts, such as credit cards and personal loans, are likely to come with higher rates. The rates can vary pretty drastically. You might pay just 3% on a mortgage but pay 20% or more on a credit card.

Rates also depend on the current economy. The Federal Reserve uses interest rates as a tool to either slow down or speed up economic growth. When the economy is lagging, the Fed might reduce interest rates to encourage consumers to spend more money. In turn, this will indirectly affect mortgage rates.

When the economy is booming, and inflation is rising, the Fed is likely to indirectly increase rates.

In 2020, the Fed lowered interest rates to help keep the economy moving during the COVID-19 outbreak. The federal funds rate, meaning the rate at which banks lend each other money overnight, reached its lowest point ever of 0.25%. When the federal funds rate decreases, so do the rates on consumer lending products like mortgages and auto loans.

How low rates could benefit you

One of the ways in which consumers see this impact the most is with mortgage rates. When the Fed lowered interest rates early in the year, the interest rates on home loans immediately began to fall. Rates continued to fall each month. By November, rates were as low as 2.77%, the lowest rate recorded in the nearly five decades that Freddie Mac has been recording interest rates. This rate is nearly a full 1% lower than just one year earlier and more than 2% lower than two years earlier.

While a 1% or 2% decrease might not seem like much, it amounts to a considerable chunk of money when you’re talking about a 30-year mortgage loan worth hundreds of thousands of dollars.

Don’t worry, though — current homeowners can still take advantage of the low rates by refinancing their mortgage to a lower rate.

Keep in mind that the type of loan and the current market rates aren’t the only factors that determine the amount of interest you pay on your loan. Your creditworthiness has a lot to do with it as well.

Borrowers with high credit scores and a long history of on-time payments and responsible borrowing will have access to the lowest rates. If you have a poor credit score or late payments on your credit report, you will end up with a higher interest rate. Other factors such as your income level, debt-to-income ratio and down payment amount can also impact your rates.

An interest rate is the percentage a financial institution charges in exchange for letting consumers use their money. Interest rates generally apply as a fixed interest rate over the life of a loan. The interest rate you’ll pay on any loan depends on your creditworthiness, the type of loan and the current market rate. Interest rates reached all-time lows in 2020, meaning it’s more affordable than ever for consumers to borrow money. 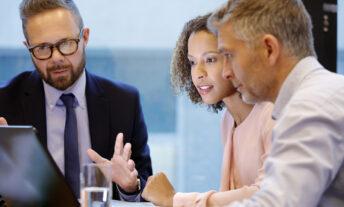 How To Get Rid of PMI, or Private Mortgage Insurance 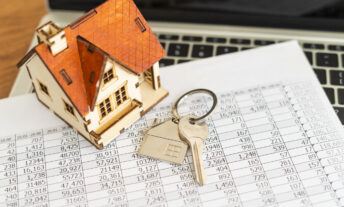 What Is a Mortgage Interest Deduction?