A Funeral Costs How Much? 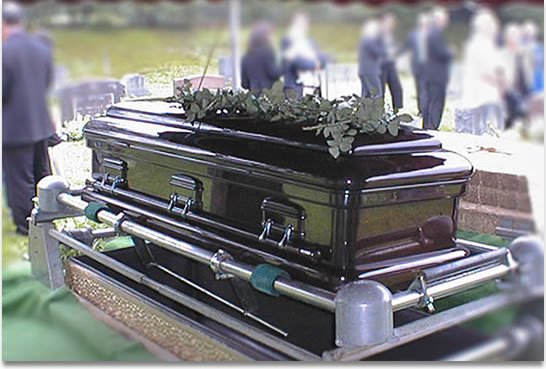 A death in the family is staggering enough without having to face the cost of a funeral. Photo: Family Funeral

The loss of a family member can be too much for some people to bear, but learning how much a funeral can cost is enough to send many over the edge.

I’ve seen it too many times to count. My husband has been a funeral director for most of his adult life, and I worked alongside him for almost seven years. And the story, while always tragic and heartbreaking in its own way, is almost always the same.

A family member dies unexpectedly or after a long illness. Spouses, siblings, aunts, and uncles gather to make meaningful plans for a burial or cremation. Almost always, someone in the family balks at the cost. “This is going to cost how much?” they’ll exclaim. And sometimes, they blame the funeral home. But that isn’t necessarily fair, as there are many reasons why funeral bills are more complex than ever.

What Funeral Bills Are Made Of

According to the National Funeral Directors Association (NFDA), the national median cost of a funeral was $7,045 in 2012, the last year for which they provide data. If you add a burial vault to the bill, the cost jumps to $8,343.

Included in those costs are a wide range of services and merchandise, including a basic non-declinable service fee, fee for removal and delivery of the body, embalming, preparation of the body for viewing, building fees for visitation and funeral services, hearse and service vehicle fees, fees for printed materials, and the average cost of a metal casket.

However, another column consisting of cash-advance items will generally be added to your bill, and this can include things like flowers you’ve ordered, newspaper obituaries, death certificates, clergy payments, and taxes levied on merchandise. The funeral home pays these expenses on your behalf with the agreement that you will pay them back.

Here’s What You Should Know

The funeral home’s basic service fee is non-declinable and required, but you do have some power when it comes to keeping costs down for the remainder of your funeral bill.

For example, the cremation rate has climbed to 43.2% in 2012, up from only 3.6% in 1960. And even though the trend may be due to other factors in some cases, such as environmental concerns, no one can deny that cremation can save you money. According to the Cremation Association of North America, the average cremation runs about $3,200, or less than half the cost of a traditional burial.

But contrary to popular belief, you can still have a funeral if you opt for cremation. Many funeral homes will prepare the body for viewing and even rent you a casket for the right price. Then, instead of heading to the cemetery, you’ll be cremated instead. The cost savings can be considerable.

Other Ways to Save

But cremation isn’t the only way to save while you pay your final respects. If you have your heart set on traditional burial for yourself or a family member, there are still plenty of ways to keep costs down. Here are a few ideas:

When planning a funeral, it’s important to arm yourself with as much information as possible so you’re not making decisions based purely on emotion. At the end of the day, the fancy casket, vault, and flowers may not make your loss any easier, and could even make life harder by saddling you with unnecessary bills — or even debt.

So learn as much as you can and save in whatever ways seem the most reasonable to you. The best ways to honor your loved one — remembering their story and sharing it — don’t cost a thing.

You shouldn’t have to go broke to say goodbye. And with the proper amount of research and planning, you won’t have to.

Loading Disqus Comments ...
Financial
TOOLBOX
Drowning in credit card debt?
Try a Balance Transfer Card
Is your money making money?
Choose a High-Yield Savings Account
Tired of huge interest payments?
Consider Debt Consolidation
Latest from Trent
How to Prepare for a Potential Economic Recession
How to Start Building an Emergency Fund
How to Adjust to Work-From-Home Life
Read more from Trent
Featured on: