When you dive into a frugal lifestyle, you can feel like a pariah for even owning a TV. “I don’t own a television” is the new “I recycle.” The phrases don’t explicitly imply that you’re a bad person if you watch TV or don’t recycle, but you definitely get the feeling you’re being judged.

That’s too bad, because TV in and of itself is not evil. It can be uplifting, informative, and stimulating. I’m not too proud to say that I teared up during the finale of Fox’s science show, Cosmos. I was confronted with the fact that the immense nature of our universe should serve to unite us as a species, not drive us apart. It was powerful. I wouldn’t wish to deprive anyone of that experience, and I wouldn’t have had it without TV.

But that doesn’t mean I advocate ponying up for cable TV and paying up to $100 a month for it. Due to arcane bundling practices, that’ll give you some stuff you like — and 7 million channels you don’t care about.

An FCC filing from the American Cable Association showed that if you want a package that includes USA, a respectable (if somewhat unoriginal) channel, then you have to get the channels Chiller and Sleuth as well. I’ve never even heard of those channels, and I worked in the television industry for three years. The names sound like an executive let his 4-year-old pick them because he felt bad about missing his kid’s birthday party.

Thankfully, cable streaming options are popping up everywhere. Many networks are doing their best to break from the bundling debacle that has dominated the TV landscape for so long. We’re still in the infancy of this movement, but it’s getting easier to pay for only the channels you want.

While firmly established streaming services like Hulu and Netflix have helped many people cut the cable cord over the past few years, they have limitations: Only certain shows are available on each, and usually not for hours after the broadcast debut. And they’re no help when it comes to live events such as NFL games or breaking news.

But now? We’re closer than ever to “a la carte” cable, where you can subscribe to (and pay for) only the channels you really want, and watch just about everything they broadcast in real time.

Ironically, cable TV itself has little to do with this revolution — it’s all about streaming individual networks or smaller bundles of them over the Internet. (Of course, the other great irony is that cable TV companies deliver much of the broadband Internet service that so many people will use to cancel their cable. They get you either way.)

19 Major TV Channels You Can Watch Live Without Cable

Here are some of the many networks available right now for your streaming pleasure — in most cases, no cable package required:

Ballers aside, HBO is still the godfather of premium cable channels. High-quality shows like Game of Thrones and Silicon Valley are almost worth the price on their own. At the very least, they’re worth using a friend of a friend of a cousin of a friend’s HBO Go login so you can watch for free on your Apple TV or Roku.

But for the morally incorruptible among us, there’s a better option: HBO Now. For $15, you can watch these (mostly) great shows on any device. I know people who pay for cable packages almost exclusively for HBO, so if you can’t live without it, $15 is a bargain.

CBS’s premium cable wing has stepped up their game over the past few years, offering highly touted shows like Homeland and The Affair. The Showtime app costs 15 bucks a month, works across pretty much all devices, and will give you access to all the conflicted serial killers, suburban moms growing marijuana, and Hollywood hitmen you want to watch.

Ah, live sports. The last bastion of hope for the bundlers, who once upon a time thought there would never be a way to watch ESPN without cable. Thankfully, you no longer need cable to watch Sunday Night Baseball, Monday Night Football, or any number of bloviating talking heads.

While the long-rumored, highly anticipated, stand-alone ESPN streaming service remains a pipe dream, you can still access the network’s live broadcast coverage without cable through a service called Sling TV.

This is a surprisingly innovative move from Dish Network that allows access to ESPN (and a few other big channels, which we’ll get to below) for a mere $20 a month. That’s somewhat pricey, but still half the price of most basic cable subscriptions. If you’re primarily a sports fanatic, it’s definitely cheaper than buying an entire cable or satellite TV package just to watch NFL games and NCAA basketball. 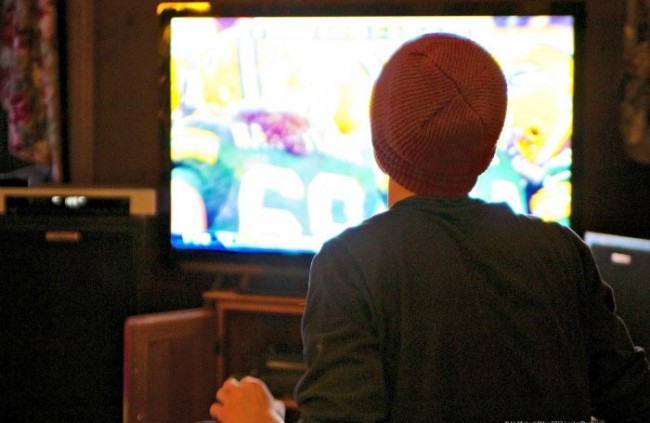 Were you obsessed with Breaking Bad and Mad Men? Those were two groundbreaking shows aired on AMC. If you’re now a fan of the channel but unwilling to pay for cable, it’s another option found in Sling TV’s $20-per-month service.

Growing up, my dad was fond of falling asleep in his favorite chair watching a History Channel program. It’s one of the reasons I would have had to pry his cable subscription from his cold, dead hands. He craved their long-form programming about wars, technology, and famous figures. If you’re a fan yourself, all you need is Sling TV, which also provides The History Channel.

A Sling TV subscription also gets you live streaming of A&E, CNN, The Disney Channel, The Food Network, HGTV, IFC, TNT, TBS, and more. It’s looking like if you want the big cable standbys without the big cable price, what you really want is a Sling TV box. You can also add on extra bundles, such the Sports Extra pack (with ESPN News and others) or Kids Extra (Disney Junior and more) for $5 a piece per month.

To be clear, I am by no means some Sling TV cheerleader trying to shill their product. I’m not even a customer. They’re just the current industry leader when it comes to providing a few of the most popular cable networks without having to buy a full cable package. It remains to be seen whether or when their rivals step up to the plate and offer something similar.

While you might think it’s crazy for basic over-the-air networks to have stand-alone streaming apps, CBS is diving into the game anyway. CBS All Access allows you watch to all their hit shows on a streaming service for $6 per month. You also get the exclusive right to watch their new Star Trek reboot, which will not be shown on the main CBS channel after the first episode.

That said, if you live near enough to a major city, you can usually pick up traditional networks such as CBS, NBC, ABC, Fox, and PBS for free with a simple over-the-air digital HDTV antenna.

NBC is another traditional broadcast network entering the fray, though in a much different fashion than CBS. They are unveiling the unfortunately named Seeso in December. It will have an exclusive focus on comedy. NBC brass is hoping there are enough hardcore NBC comedy fans out there willing to make this $4-per-month subscription a hit.

Providers of kids entertainment are getting into the mix as well, as Nickelodeon announced they are going to have a streaming service called Noggin. It’s only available on Apple products, but if your kid is a Dora or SpongeBob addict and you’ve got $6 a month to spare, it might not be a bad option.

It’s not just the networks themselves breaking ground in this area. Sony unveiled Playstation Vue this year, their Sling TV competitor. Like Sling TV, it offers many cable channels, including ESPN and other Disney programming. Unfortunately, in its current incarnation, it seems too much like a regular cable package for anyone to take it seriously.

Vue has such a high price ($50 per month for a base package) that most frugal viewers glossed over it as “cable lite.” That said, it’s still a good option for those who simply can’t bear the idea of purchasing an even costlier package and supporting cable companies. There are a lot of us.

Plus, if you dig deep into Vue’s offerings, you see the potential for something interesting. They offer one of the only real, small-scale cable channel packages outside of Sling’s add-on packs and the networks’ stand-alone apps. This comes in the form of a three-channel package that contains only Showtime, Fox Soccer, and Machinima.

That package still costs $30 per month, and is bizarrely targeted at European technophiles who perhaps took a trip to the States once and fell in love with Nurse Jackie — but it’s a good start. If they ever offer truly a-la-carte packaging at an affordable price, they will become a real player.

That would appear to be Sony’s only hope, as two veteran TV giants are also entering the streaming mix: Comcast and Time Warner Cable. Each is testing trial runs of offering channels beamed exclusively online.

Comcast’s Stream TV is only available in Boston, costs $15 a month and allows you to watch TV from a dozen networks, plus all the local broadcast channels and — a big kicker — HBO.

The distinct advantage this has over Sling TV is the ability to watch local channels live and, thus, many local sports games or live breaking news. The distinct (and totally Comcast-ian) disadvantage is that you have to pay for Comcast Internet to get this service.

Time Warner Cable’s streaming service is pretty much exactly like Comcast’s, except they don’t offer HBO. They do provide you with a Roku for signing up, and they are cheaper at only $10 per month. But they don’t have HBO and you have to be a TWC subscriber to even have the option of trying out this streaming service.

The average American cable bill was a whopping $99 a month in 2015. That includes not just basic and premium channels but rental fees for an HD receiver, DVR features, taxes, and other miseries. With the advent of live streaming TV, the average TV viewer with an Internet connection can cut that cost dramatically.

With a $20-a-month Sling TV subscription, $15 for HBO, and an HDTV antenna for local channels, you could watch live broadcasts from just about every major cable network — including live sports on ESPN and the premium shows and movies available on HBO right as they air — for $35 a month.

If you’re a family of TV junkies, add Nickelodeon ($6) and a couple of extra mini-bundles on Sling, such as the Lifestyle Extra and Kids Extra ($5 each), and you’re still barely topping $50 a month. Meanwhile, if you cut out HBO in favor of a Netflix subscription and ditch the add-on packages, you’d pay just $30 a month.

The streaming TV landscape is growing crowded, and all the different options are enticing in their own way. With so many options available at lower prices, it’s crucial that you don’t end up subscribing to three or four different plans and end up with a bill roughly the size of your cable bill. Carefully analyze the offerings and the caveats before diving into this.

That said, if you enjoy certain programs and are looking to cut out all the riffraff, these are exciting times! I look forward to a time when we all start looking at the consumption of TV much like the consumption of food. Let’s try to buy only what we need, savor it, and not let anything go to waste. It’s better for your wallet and your health in the long run.