How to Brew Beer (and What it Costs)

I’ve mentioned many times on The Simple Dollar that I figured out how to brew beer at home, and just as many times, readers have requested a walkthrough of this process along with some cost analyses.

Recently, I made a batch of porter and took some photographs along the way to illustrate the process. Let’s dig in!

If your goal is simply to brew a batch of beer and consume it in one sitting with a group of friends, all you need is a brewing bucket, a bubbler, and a siphon hose, depicted below.

These supplies are available at any home brewing store.

When you mix up a batch of beer, it needs to ferment for a week or two, and this bucket makes it quite easy. You simply put your unfermented beer in the bucket, put the bubbler in the little hole on top of the bucket (the bubbler allows gas to escape without contaminating the beer), and let it sit. When you’re ready to drink the beer, just open the spigot and drink a glass – the hose can make it easier to pour.

This equipment, all together, will cost $20 or so and are often available in kits.

When making beer, I use a few optional items:

The large glass jug is called a carboy. You can use it for long-term storage of the fermenting beer – it doesn’t last too long in the bucket. Also, I use an auto-siphon (which makes it very easy to siphon beer out of the carboy) and a bottling tip (which makes it very easy to put beer in the bottles). You may also want a hydrometer, which you can use to calculate the alcohol content of the beer you make.

You don’t need these things to make beer, but it does make it easier in some ways. You can leave the beer for a very long time in the carboy and bottling is a much easier process with the auto-siphon and the bottling tip.

The only additional items you’ll need to make your own beer can likely already be found in your kitchen. You’ll need a large pot (one that can hold four gallons of liquid or so), a large spoon to stir it with, a thermometer, and a funnel (if you’re using a carboy). You’ll also need to carefully sanitize any equipment you may use – I use a bleach solution to make sure everything is as clean as possible.

How to Make Beer

As I mentioned earlier, I planned to make a porter. I found an interesting recipe on the internet:

Along with these ingredients, there are a few standard items you’ll need for any beer making journey: a grain steeping bag (essentially a teabag for steeping the grains in the water), priming sugar, yeast, and caps.

All of these items are available at a beermaking supply store. I acquired all of the above for roughly $35.

A big part of the fun of homebrewing is that you can experiment with the recipes as much as you want. For example, my wife and I made an oatmeal stout that went off the recipe quite a bit and it turned out sublimely delicious.

Boil the Water and Steep

Most beer making recipes follow a pretty standard procedure. Just pour two gallons of water into your large pot, heat it to 160 degrees F (80 degrees C) or so, put the grains in the grain bag and tie it off, then drop the grain bag in the water to steep for twenty minutes or so.

Above, I took the picture just after dropping the “tea bag” into the water. The steeping will cause the water to change color, usually to some shade of brown. Here’s what it looks like after the steeping.

Once the steeping is finished, you simply bring the pot up to a low boil and add the malt extract (a brown liquid) and the bittering hops. Leave this at a low boil for an hour (stirring it regularly), then five minutes before the end, drop the finishing hops into the mix. Once it’s finished boiling (it’s now called “wort”), you’ll need to cool it down to 70 degrees – I usually do this by dunking the stock pot into ice water in the sink. I then pour this into the carboy, though you can also do it in the bucket if you don’t have a carboy, then I add two to three gallons of filtered water. I then drop in the yeast, stir it a bit, then put the bubbler on top and let it ferment. Here’s a picture of my porter in the carboy at the start of fermentation.

Then you wait. Usually, you’ll wait for roughly two weeks. What you’re looking for is whether or not there are bubbles coming through the bubbler. Watch it for a minute – if you see no bubbles, wait another three days and you’re ready to finish it up.

When you’re ready to finish it, you simply add the priming sugar to two cups of boiling water, boil the priming sugar/water solution for a few minutes, then add that to the beer. You can then bottle it – if you’re not going to bottle it, you should serve it in the next couple of days.

Bottling is similarly easy. You just thoroughly clean 50 to 60 beer bottles, fill each one carefully, then put a cap on each one with the capping tool (basically, you just put a small disc on top of the bottle, put the capping tool on top, and squeeze). Let the bottles sit for a few weeks and then it’s ready to drink.

Is This Cost Effective?

The $64,000 question, indeed. Is home brewing a cost effective hobby when compared to just stopping at the store and picking up some beverages?

If you are comparing the cost of homebrew to the cost of well-made craft beers at the store (which is what most homebrews are comparable to), then homebrewing is actually quite cost effective. In the above example, I used $35 worth of ingredients to make seven six packs of porter, a cost of roughly $5 per six pack. This doesn’t include, of course, the cost of the equipment, but this cost is pretty small per six pack if you make many batches. Comparing this to my favorite porter at the local liquor store (Fuller’s London Porter, which cost $8.99 per six pack), homebrewing is substantially cheaper than the craft option.

On the other hand, if you are comparing the cost of making that same porter to the cost of a case of Old Milwaukee (or a similar very inexpensive beer, which can be found for less than $10 per 24 pack), homebrewing isn’t cost effective at all and is in fact more expensive than such beer. Admittedly, recipes for mainstream beers are less expensive than recipes for top quality porters – I called a homebrewing supply store and was quoted about $24 for the ingredients I would need for something approximating Old Milwaukee – but the homebrew is still more expensive.

So, the real question is what kind of beer are you replacing with homebrew? If you’re replacing great craft beers with your own homemade beer, your costs will in fact go down – and you’ll have found a very fun new hobby. However, if you’re content just buying some Miller Genuine Draft, homebrewing isn’t going to save you much money (if it saves you any at all). 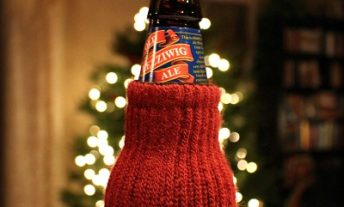 Cheers to the Holidays: Food, Beer, and Wine Gift Guide 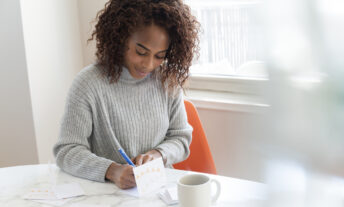 How to Make Your Own Greeting Cards