Balancing Personal Principles and the Bottom Dollar: The Cost of Healthier Food Choices

If you’ve been reading The Simple Dollar carefully over the last few months, you’ve probably realized that my wife and I have spent some serious time taking a deeper look at the food we eat and the food we feed our children. We’ve always supported farmer’s markets and had a garden, but over the last several months we’ve taken things to a new level. 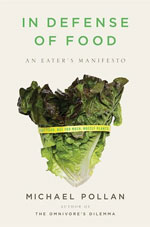 It was really triggered by my reading of two books by Michael Pollan: first, The Omnivore’s Dilemma, and later, In Defense of Food, which I reviewed in detail shortly after I read it. These two books, along with the opportunity to have a nice garden which was afforded to us as new homeowners, led us to spend some time seriously re-evaluating our food intake.

For the most part, our biggest change was to become more local eaters. We started attending farmers markets, got on a waiting list to join a community-supported agriculture group, started a thriving garden (here’s a peek at it), and looked for local sources for many of our staple foods. One big example of our change is in our milk – we moved from buying whatever was cheapest to buying either milk produced by the Burkhart family at their local Picket Fence Creamery (it really gets you in touch with things to spend time with the very cows that produce the milk you drink) or, in the event that there’s none available at the moment, organic milk at the local grocery store. 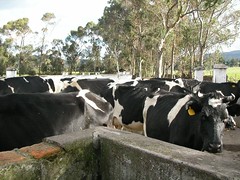 The only problem with changes like these is, although you can find bargains, fresh and sustainable food options often tend to be more expensive, particularly in the off-season months. Buying Picket Fence milk is more expensive than the regular milk by about two dollars a gallon. You can get most local produce cheap when it’s in season, but come January in Iowa, there’s not much produce to be had. Our only option for sustainable produce is either what we’ve frozen or canned ourselves or what we buy organic at the grocery store, paying a premium price for it.

This brings about a pretty profound question about our eating habits. Is it a justifiable expense to spend more money on sustainably produced, hormone free, and organic foods? For the most part, I’m not sure.

Up to this point, I’ve mostly justified the extra cost as being more or less a frivolous expense, acceptable only because we’ve cut so much spending in other areas. I figured that $20 a week in extra food costs is something I can swing, particularly if it makes me feel better about the food we’re eating.

Over the long term, though, a generic “feel good” sense isn’t worth a consistent $20 a week in expenses. Is this expense really justifiable?

I think it comes down to personal beliefs. Is giving my children rBS and rBGH-free milk worth an extra $2 a gallon? What about for me and my wife? Is the slight increase in nutrients and the notable increase in flavor worth that extra effort to get fresh produce at the farmer’s market (the cost itself is negligible, because around here the costs for most of this stuff in season is the same as the grocery store)?

You can write a book debating these issues until the cows come home (in fact, I’m reading a book right now that does just that – Barbara Kingsolver’s Animal, Vegetable, Miracle), but what it really comes down to is whether you find such issues important in your own life, and not everyone is going to reach the same answer.

Does rBGH and rBS pose a health risk to my children (or to me)? Is it worth a premium of $2 a gallon to avoid it? Different people are going to come to different conclusions on that issue – some will point to studies that show potential negatives and say avoiding those is well worth it, while others will say the evidence is scant and paying a premium to avoid it is silly.

Is it worth a bit of extra effort and a bit of extra cost to support local, sustainable agriculture? Some will say yes, unquestionably. Others will look at the food selections already available and say it’s not worth it at all.

In the end, the question really is what’s the maximum value for you? Do you find personal and ethical and health value in buying organic and supporting sustainable agriculture? Do you find enough value to justify the cost and effort premium?

I can’t answer that question for you. But I can say that it’s something my wife and I both ponder as we decide where our food dollars should be allocated.