SUVs have gotten incredibly popular over the past two decades, and that trend looks set to continue -- especially as gas prices have fallen in the past two years. Just about every major car brand on the market has come out with an SUV, and their large cargo areas, third-row seating options in many models, and overall roomier interiors have made them favorites of many American commuters and families.

Of course, because SUVs are large, they usually come with a high price. However, there are many ways to be smart about your SUV purchase and choose a great car that will serve you well for many years. Below we’ve included nine highly rated, safe, and affordable SUVs categorized by size: compact, midsize, and large. Later, we'll look at tips to save money on any car or SUV purchase.

Compact SUVs are just like they sound: bigger than a sedan but smaller than some of the larger SUVs on the market. Compact SUVs can run anywhere from $17,000 new to around $80,000 for the most expensive Porsche compact SUV; we'll focus on compact SUVs that are under $25,000 new. These SUVs range from 2015-16 cars, have great ratings and, of course, if you want to get a better deal on the price, purchase a compact SUV that is one to two years old for a big savings. 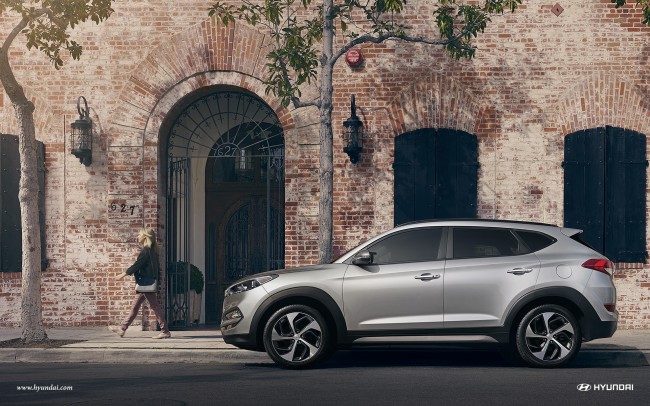 The base model is very affordable for the category, and comes equipped with a lot of standard features. However, what I like about this car is that, depending on your budget, you can opt for even more luxurious upgrades that aren’t too outrageous. The most decked-out version of this car is $31,300 for all-wheel drive, heated back seats, and a few other upgrades. 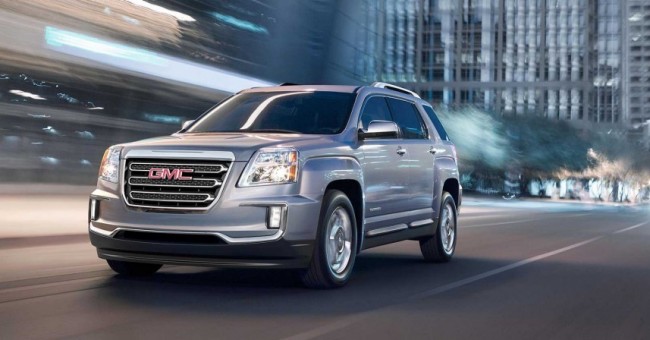 The GMC Terrain has more cargo room than the Hyundai Tucson, but it's still a compact SUV. I really like the boxy, square design of this car. It looks far more luxurious than its $24,070 price tag. U.S. News gives it an overall ranking of 8.5 and a safety ranking of 9.4. 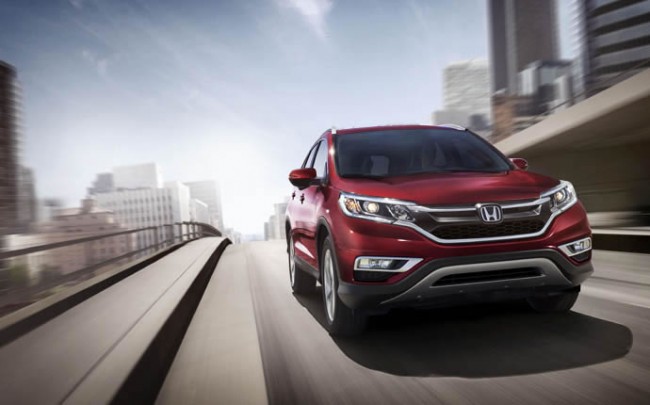 Rounding out our favorite affordable compact SUVs is the Honda CRV. I drove a 1995 Honda CRV when I lived abroad, and it was a great little car. The CRV's design has of course changed multiple times since then, and now it has a sleeker, curvier look, with admirable gas mileage for a non-hybrid SUV to boot.

U.S. News named the 2015 CRV the 'Best Compact SUV for the Money,' and its overall ranking of 8.5 and a safety ranking of 9.3 make it a great bet for individuals and families alike.

I drive a midsize SUV. It’s a very high-mileage Volvo XC90 that's only worth about $5,000. It’s a great car, but because it’s so expensive brand new, it’s not included on this list. What we have included are midsize SUVs that you can buy new (or preferably one to two years old) for under $30,000. With so many midsize SUVs clocking in at $50,000 and above, these options are great for a family who wants a bit more room when they drive without paying a huge sticker price.

Nissan bills its Murano as “the most social car" they've ever designed. It has some great technology built into the car, a wonderful sound system, and an overall beautiful, spacious design. Nissan's vehicles are known for their affordable longevity, and its popular midsize crossover SUV strikes a nice balance between roomy and sporty. U.S. News gives it an overall rating of 8.7 and a safety rating of 9.3.

Kia has always been known as an affordable car brand, but they’ve really stepped up their game in terms of design since being acquired by Hyundai several years ago. The 2016 Kia Sorento is absolutely beautiful, and with a safety rating of 9.7 and an overall rating of 8.5 it's a serious contender against some of the more luxurious brands in this category -- at a price that’s hard to beat.

While the Toyota Highlander is classified as a midsize SUV by U.S. News, it actually has room for eight passengers. So you can use the cargo space for your groceries or gear, or you can pile in more people in for a fun adventure.

The Highlander gets an 8.6 rating and a 9.0 safety rating from U.S. News, and even with the spacious interior and great features, it still comes in at under $30,000 for the base model.

This last category includes large SUVs that are under $40,000. While this is certainly a lot of money to pay for a car, the most expensive luxury SUV can cost as much as $200,000 for a Range Rover, for example, or over $100,000 for a Mercedes Benz SUV or a Land Rover. Since those types of vehicles are out of range for most of us, it’s helpful to know there are large, roomier vehicles available for those with more modest budgets. 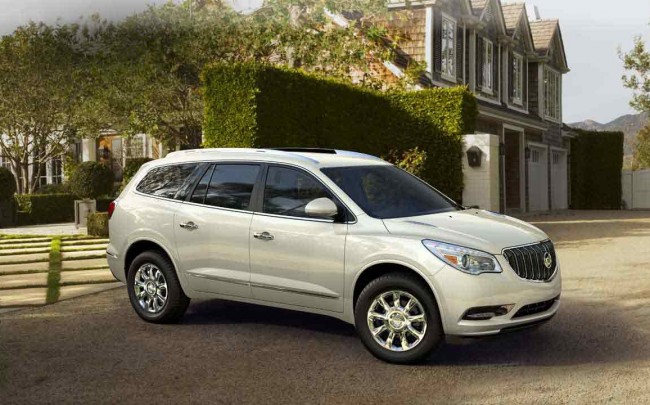 Buick has really transformed their brand over the past few years, and it shows. They've been trying hard to shed their reputation as "the car that old people drive," and they don’t have to worry -- because their 2015 Buick Enclave is a gorgeous luxury SUV for under $40,000, with a high safety rating of 9.7 and overall rating of 8.4.

I especially like the fact that the second row has captain’s chairs. This will be a strong contender for my next vehicle once my 225,000-mile Volvo decides to die once and for all. 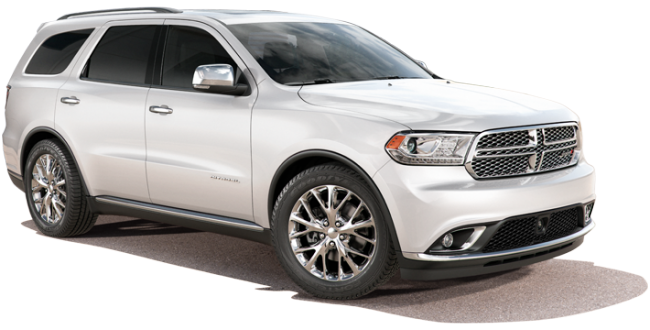 The 2015 Dodge Durango is definitely a large vehicle -- great if you have a bunch of kids or a lot of work equipment or outdoor gear to lug around. U.S. News gives it an overall rating of 8.3 and a safety rating of 8.8 -- not as high as the other vehicles on this list. However, it has more technology options than some other comparable vehicles, so it’s definitely worth a look and a test drive depending on what your priorities are when it comes to an SUV. 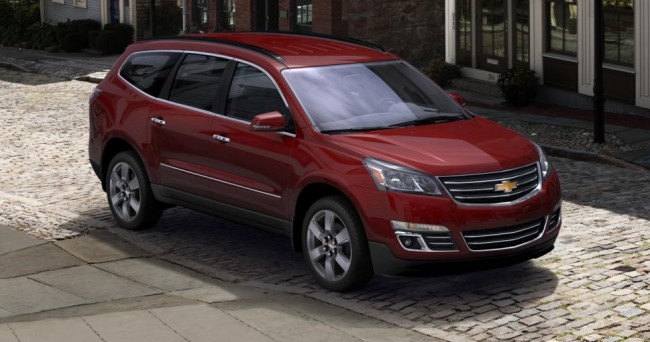 U.S. News calls the Chevrolet Traverse a large SUV, while Chevy itself classifies it as a midsize SUV -- so it definitely straddles the two categories. Suffice to say, it’s very roomy, high quality, and has a large cargo area. It also has a high safety rating of 9.4, making it great for families with young kids and babies (along with all their accompanying gear). U.S. News gives it an overall rating of 8.3.

Tips for Purchasing an Affordable SUV

No matter which SUV or crossover vehicle you buy, there are some tried-and-true ways to get an even better price on the model of your choice.

Pay in cash. I have to put this tip first because it’s by far the easiest way to get a better deal on a car. Cash is king and the best form of negotiation. Many people believe paying cash for a car is unreachable for them, but by saving just a few hundred more dollars a month or making some extra money on the side, you'll be well on your way to saving up enough to pay for a car completely up front.

Get several loan offers. If you absolutely can’t pay cash for a car, then the next best thing is to get several quotes for a loan. Before you go to a dealership, contact your local bank or do a search online where you can compare different financing offers. That way, when you go to a car dealership, you have some negotiating power.

Focus on more than the monthly payment. People put way too much focus on their monthly payments, and this plays into the car dealer's hand: They'll try to fixate you on a lower monthly payment when in reality they're charging you more for the vehicle, spread out over a longer loan period. Plus, this doesn’t take into account the possibility of going underwater on your car. If you stretch out your loan to six or seven years, you can easily owe more on your car than it’s actually worth, which can leave you in the lurch after an accident.

The best ways to lower your monthly payment without paying more in the long run are to make a larger down payment, get the lowest possible interest rate, and negotiate a lower price.

Buy used. Purchasing a used car that is only a couple of years old is one of the best ways to get more car for your money. Vehicles lose up to 20% or more of their value in the first year -- buying a late-model used car means you dodge that depreciation hit and pay for the car itself, not the new-car smell.

Take your time. If you know you’ll be in the market for an SUV, it’s important to take your time. The worst time to shop for a car is when you need one ASAP -- you're in a more vulnerable negotiating position. It’s far better to research options and prices in your area, test drive a few models, and then purchase the car when you have enough money saved and are confident in your decision.

Walk away if it doesn’t feel right. You may do all of the steps above and think you’re ready to buy a car, but go to buy it and sense that something just doesn’t feel right. Whether it’s a pushy salesman or you don’t absolutely love the car when you test drive it, it’s important to listen to those gut instincts. There are tons and tons of SUVs to choose from, so don’t rush the process!

Overall, when it comes to buying an SUV, it’s important to do your homework and not to rush the decision. As stated above, paying cash and buying a used car are the easiest ways to get a great deal on an SUV and ensure it’s affordable for your family.

However, you can also research the best times to get a great deal on an SUV -- typically at the end of each month or at the end of the year when dealers are trying to clear out last year's models.

Research what a fair price is ahead of time on automotive sites such as Edmonds and Kelly's Blue Book, and go into the dealership armed with those numbers and lots of knowledge. While you're at it, research the fair trade-in value or resale value of your current car if you plan to put it toward the purchase.

Overall, with enough planning and thought, you should be well on your way to buying an affordable SUV whether you get a compact SUV for storing gear on a road trip or a large, luxury vehicle for your growing family.