Choosing Between a Fireplace, Wood Stove, and Pellet Stove

I grew up with both fireplaces and wood stoves, but neither experience really prepared me for tending to my own fireplace or buying a wood or pellet stove of my own.

Each year when the temperatures drop, the sky grays, and the heating bill starts to inch upward, I am reminded of my family’s first fireplace. In 1984, we moved into a home in Belleville, N.J., that could best be described as a Craftsman Colonial — complete with a covered porch, dark woodwork along the stairs, windows, and trim, and a prominent fireplace in the front living room flanked by two small windows.

My mother had never lived in a home with a fireplace, so she left the fire-tending duties to my stepfather. He’d keep an eye on the newspaper’s classified section for people offering free firewood, tow it home in a utility trailer, and spend hours splitting and stacking it into a lean-to beside our garage.

The fires themselves were basically trials by fire: We learned whether the damper was open only after smoke blew back into the living room. We discovered there was an ash chute to the basement (and what is now the furnace room) only after the hatch in the fireplace floor fell open and burning coals began falling through. We learned about temperature inversions only after the neighbors called the police or fire department because the neighborhood was cloaked in low-lying smoke.

Eventually, however, my parents upgraded the open-air fireplace with a wood-stove insert and a chimney liner. With its fan on, the powered wood stove could heat the entire first floor of the house – even if it made sitting in the living room unbearably hot. My stepfather still claims it heats all 1,400 square feet, but myriad multi-blanket nights in the bedroom directly above it say otherwise. More importantly, it led to more efficient burns and an overall more useful (and less dangerous) heat source.

Nearly 30 years later, I found myself in a home of my own with not one, but three chimneys. One was attached to a shallow Rumford fireplace, another was simply an ornamental remnant of the home’s former 19th-century stove heating system, and the last was a tall chrome chimney built for a guest-quarters wood stove that was never installed.

The house came with high-efficiency gas furnaces on each floor, but my wife and I liked the idea of using fireplaces and stoves during the shoulder seasons to cut down on fuel costs. As we weighed our options, we called in a chimney sweep to clean up the last owners’ mess and get us started. After taking one look up our fireplace chimney, he refused to go any further and said that cleaning the chimney could be taken as an endorsement of its use, which it certainly wasn’t.

That’s how we learned the first question of fireplaces and wood stoves: What kind of infrastructure are you working with? In the case of our fireplace, we were dealing with a chimney that had little to no mortar left between its bricks sitting atop a firebox that had a wad of insulation shoved into it as a “damper.” To rebuild much of the chimney, install a damper, and install a bird screen chimney cap, we ended up paying roughly $5,000. However, we got a fireplace with an easy-opening damper, tremendous draw up the chimney, and enough reflected heat to adequately warm its room and the room above with minimal wood.

For our only other functional fireplace, we strongly considered both a wood stove and a pellet stove. The guest quarters have heating ducts, but they’re far enough from the furnace to make the heat output minimal.

We gave pellet stoves a good look and liked what we saw: They burn at 70 to 83 percent efficiency, are relatively simple to install, and certain models can even burn nut shells and wood chips. However, they also require bags of pellets (typically 40-pound bags that can add up to a ton or more by the end of a season) to operate as well as a place to store them. Also, in our case, we already had chimney pipe sticking through the roof, and the cost of removing it and fixing the roof was only going to add to the total cost of a pellet stove – some of which don’t even require a chimney.

We discovered, however, that newer catalytic wood-burning stoves could also operate at up to 83 percent efficiency, cut down on emissions, and make the best use of our existing chimney. With the help of the folks at Gordon Fireplace in Portland, Ore., (which has since closed) we were able to get a Vermont Castings Intrepid for less than $2,000. That was roughly the same cost as the small pellet stoves that could heat our roughly 700 square feet of lofted space, and it could burn wood that we’d stored outside. When a 150-year-old Pignut Hickory tree fell on our property about a year later, we suddenly found ourselves with roughly four pallets worth of firewood stacked five-feet high.

Even better, however, was the cheap or free cord wood in our neighborhood that we still regularly find on Craigslist, Facebook Marketplace, and elsewhere when we don’t feel like dipping into high-BTU knots of old hickory. We’ve had the wood stove for nearly three years now, and have since closed the heat vent to the guest quarters. If anything, we advise guests to keep the stove set to a low burn just so they don’t end up feeling overheated in the middle of the night.

Every so often, we still consider putting an insert into the fireplace to get more out of it. A fireplace insert can increase efficiency and cut heating costs, but our fireplace faces away from the large majority of the house, making it an effective heat source for only one to two rooms at most.

However, we remain pleased with the decision to use the wood stove in the guest quarters. If we were starting from scratch, the simplicity of the pellet stove and its comparable cost may have won us over. Maybe we could’ve invested in a shed for the pellets or found some storage nooks we weren’t using. But pellet stoves also require electricity to run their fans, pellet feeders, and controls, where the wood stove doesn’t add to energy costs and still works at 100 percent if and when the lights go out during a storm.

Also, while pellet fuel can cost $3 to $4 a bag (with each bag lasting roughly a full day), free firewood tends to show up everywhere in our area. Granted, you’ll likely have to pick it up and/or split it yourself, but you now have options to burn that wood efficiently and get the most heat for minimal investment.

This doesn’t make every wood stove a winner. Our surrounding county has an ongoing wood stove exchange program that offers homeowners $1,500 to $3,500 in rebates just to get rid of older, less efficient wood stoves (even replacing stoves for free in certain households). Even then, they’re reluctant to buy new, more-efficient wood stoves or inserts if a pellet stove or a gas stove is available.

In the end, the costs associated with inserts, pellet stoves, and wood stoves are similar enough that it really comes down to circumstance. If you live in an area like mine where wood is abundant and lots of people are looking to get rid of some, a wood stove can be an inexpensive way to heat your home. However, if you’re starting from scratch and just need a simple secondary heat source to get you through a few tough months, there’s a lot to be said for a pellet stove.

However, if you have a fireplace and chimney that actually face into the rest of your home — and are just sucking most of your home’s heat up the chimney otherwise — an insert is likely the least expensive, simplest option. My parents have used one for 30 years, and they can help turn one of your home’s aesthetic quirks into a functional, reliable, multigenerational heat source. 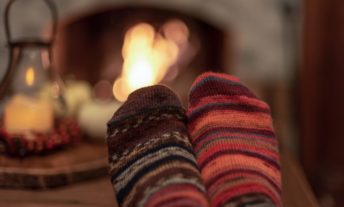 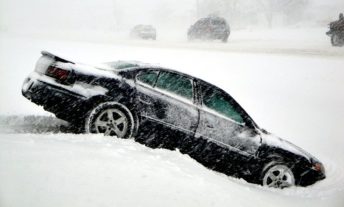 15 Things to Have in Your Car This Winter