The Simple Dollar helps you move away from pay-TV and save.

Cutting the cord — canceling pay-TV service from a cable, satellite, or telecommunications provider — might be the hottest trend in television since the superhero show.

The research firm eMarketer predicts that by the end of 2017, more than 22 million pay-TV subscribers will have become former pay-TV subscribers. One of the central motivators is money. The rising costs of pay-TV service have driven many cord-cutters to get their television through an internet connection instead.

But if you trade your old pay-TV subscription for an array of expensive gadgets, upgraded internet service, and deluxe streaming packages, you could do no better than break even — or worse, suffer a net financial loss.

The Simple Dollar is here to help you better understand your options and make the best decisions for your budget needs, as well as your entertainment tastes.

How much does cord-cutting save?

On average, pay-TV service now costs an estimated $103 per month. Using the average monthly estimate for pay-TV bills, a typical cord-cutter could save up to $1,236 a year.

Of course, that number’s an estimate. Your actual savings could be quite a bit more or quite a bit less.

Also, those estimates don’t account for expenses you would incur by getting TV some other way, such as streaming content packages. Likewise, they don’t reflect the cost of optimizing your streaming setup with an internet speed upgrade, or one-time expenses for new equipment.

What are the pay-TV alternatives?

Here’s a look at some of the devices and services on the market that could offer varying approximations of your old pay-TV service. 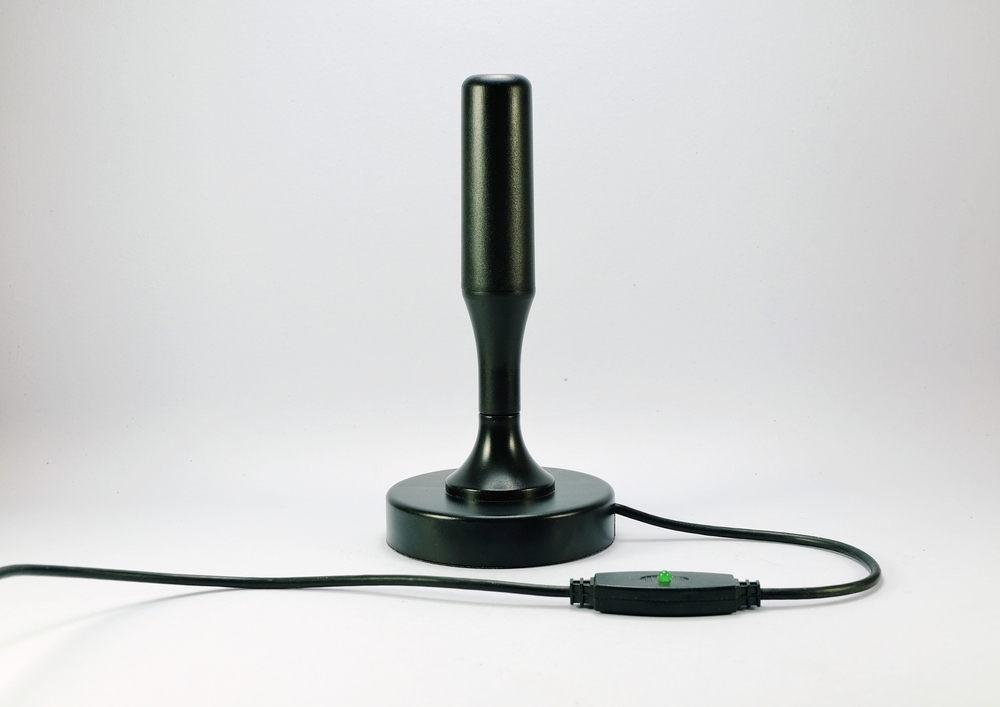 What is an HD antenna?
TV antennas have come a long way since your grandpa’s rabbit ears. Now you can use an HD antenna designed to pick up over-the-air broadcast signals in high definition, no pay-TV subscription (or tinfoil) required.

You can get:
Local over-the-air channels (network affiliate programming in your area, including news, sports, network TV, daytime shows, and syndicated shows).

The good:
Unlike a cable or satellite TV bill, the cost of an HD antenna is a one-time expense. Indoor models, in particular, are easy to install.

The potentially bad:
Your proximity to local broadcast towers makes a huge difference in the number of channels you receive. If your location isn’t right, you’ll have trouble getting a good signal.

Who it’s good for:
People connected to their communities, fans of network TV (ABC, CBS, NBC, etc.), and fans of the “Big Three” college and pro sports (football, basketball, baseball)

What is a smart TV?
A smart TV is a television you connect to the internet instead of a set-top cable box or satellite dish. (They were originally called connected TVs.)

What you can get:
They typically have built-in software that supports content streaming services such as Netflix, Amazon Video, and Hulu, although lower-priced models may have a limited selection of apps.

The good:
With several streaming apps already built-in, a quality smart TV can make it easy to get started quickly on your post-cable or post-satellite journey.

The potentially bad:
You could get caught up in the current innovation wave that sees 4K poised to overtake 1080p as the standard viewing format. Additionally, even though the TVs come with the streaming services built in, you’ll still have to pay for a subscription.

Who it’s good for:
People who want an all-in-one method of streaming TV and movie content, without a lot of moving parts. 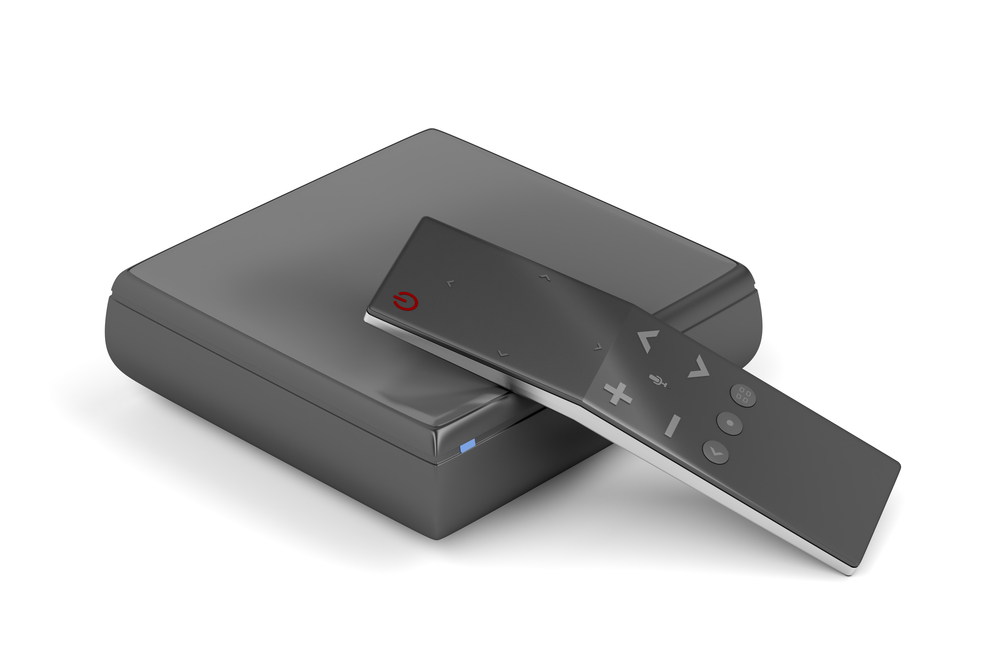 What you can get:
TV and movies from online streaming services such as Amazon Video, Netflix, and Hulu, along with music from Spotify, Pandora, etc.

Expect to pay:
As with smart TVs, prices for streaming devices vary quite a bit. You could pay anywhere from $30 for a mini-streamer with limited features to $180 for a high-end choice such as Apple TV 4K.

The good:
Some experts believe a streaming device makes a smart TV unnecessary. Others say it’s essential to own even if you have a smart TV.

The potentially bad:
Your streaming experience might be only as good as the quality of your Wi-Fi or 4G. Again, you’ll need to pay for the subscription service as well.

Who it’s good for:
If your personal electronics inventory already includes a smartphone, smartwatch, and smart thermostat, what’s one more gadget? 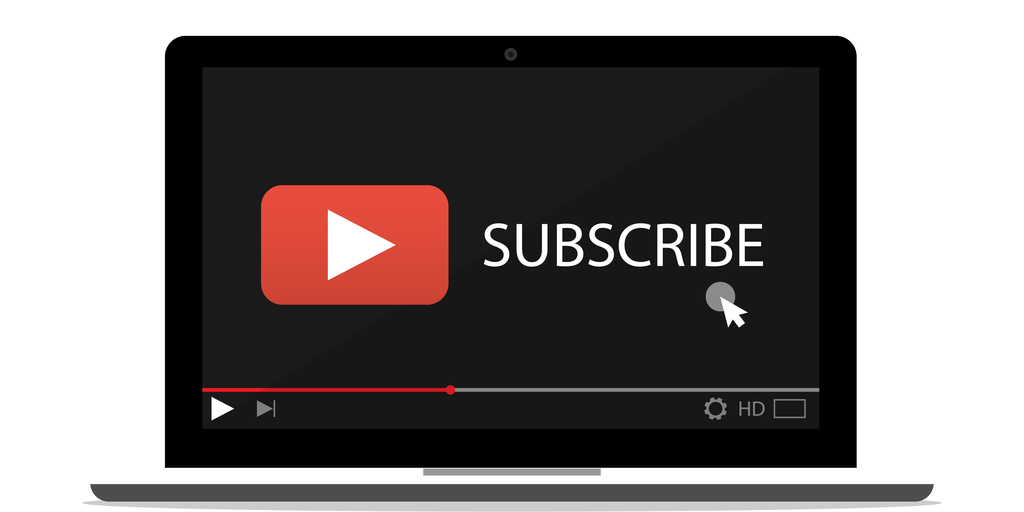 What is a streaming service?
Think of it as the online-only version of the cable company or a satellite TV provider — essentially a distributor of content. “Streaming” refers to the process of steadily and continuously transmitting data.

What you can get:
Hulu, Sling TV, DIRECTV NOW and similar providers offer packages that look like slimmed-down versions of your old cable or satellite TV lineup, with certain cable and broadcast channels. Some packages may include local channels in some markets. You can also subscribe to services dedicated to specific networks or channels, such as CBS All Access, HBO NOW, etc., as well as services focusing on sports (fuboTV) and other specific categories.

Expect to pay:
You guessed it — costs of streaming services vary. A very specific kind of content, such as Great Britain’s Acorn TV, could be around $5 a month. A bigger service that comes much closer to offering a pay-TV programming package could run as much as $75 per month.

The good:
In an ideal scenario, you could get a viewing experience somewhat similar to what you had with pay-TV but for less money (and with considerably fewer channels).

The potentially bad:
With multiple subscriptions, the costs could add up fast. Also, some movies and shows tend to temporarily — or permanently — disappear from the catalog as the service cycles through content . The exceptions are originally produced content, such as “Orange Is the New Black” from Netflix.

Who it’s good for:
Cord-cutters who used to supplement their pay-TV service with Netflix or Hulu and are now ready to transition to even more of an a la carte viewing experience.

How to choose a streaming service

“Which streaming service is best for me?” It’s a question that many cord-cutters will ask themselves. Here’s some information to help you find the answer:

Surprise! Although the name is synonymous with video games, you don’t actually need a PlayStation console to get PlayStation Vue.

This service bills itself as “A La Carte TV” — the packages have fewer channels, but you have more power to customize your channel lineup. Base services start at $20/month with the option to add Sports Extra, Kids Extra, News Extra, and others for an additional $5/month. Premium add-on channels include HBO ($15/month) and STARZ ($9).

When it comes to bang-for-the-buck, the pioneer still has a thing or two to teach its younger competitors. Netflix has also been a leader in acclaimed original programming.You can choose from three plans:

Although fuboTV emphasizes sports, the service also offers news channels, network channels, and other types of programming. Basic packages include:

DIRECTV NOW
The live streaming version of the satellite TV service. Offers slimmed-down packages starting at $35/month for 60 channels, compatible with a number of platforms and devices.

Hulu
Watch a variety of movies and shows, with shows often available the day after they first air. Subscription plans range from $5.99/month to $11.99/month for Hulu with no ads.

[affiliate id=”79607″]Amazon Video[/affiliate]
The streaming video component of the E-tail giant. With an Amazon Prime membership ($99/year), you can subscribe to 100+ premium channels a la carte.

How much speed do you need for streaming video? Do you need to upgrade your internet service to successfully cut the cord?

A lot depends on which streaming service(s) you’re using and whether you’re watching standard definition, high definition, 4K, etc. This chart lays out a general baseline for different types of content. Be sure to get specific speed requirements from your streaming service and check with your internet provider to see if you need an upgrade.

To put the figures in context, the nationwide average for internet speed is 18.7 Mbps (megabits per second). Delaware (25.2 Mbps) is the fastest state and Idaho (12.0 Mbps) the slowest.

The Simple Dollar has an easy way for you to calculate your savings and track your spending with cord-cutting substitutes.

Save or spend more? It’s up to you

If you’re someone who wants to binge watch shows over the weekend, it may be worth it to pay more. However, if you just want to catch your favorite network TV shows when they air, you can probably get by with just an antenna.
Ultimately, how much you spend or save is up to you based on your desired TV watching habits:

You cancel your pay-TV service, get an HD antenna for $20-$50 and indulge yourself with an occasional download or box rental. Instead of channel-surfing, you search YouTube for things to watch free. Play your cards right, and you could save several hundred dollars a year, or more.

Cut the cord (or ditch the dish), buy a moderately priced smart TV and streaming device, and get an affordably priced streaming subscription. Counting the one-time expenses for new hardware, it could be several months before you see any savings.

Oh, boy. Between new gadgets and multiple streaming subscriptions and an internet speed upgrade, going to extremes after cutting the cord could save you no money at all. At worst, it could even cost you more.

How to cut the cord and win

Some cord-cutters succeed at finding a compromise between savings and entertainment. Others assemble a complicated patchwork of devices and streaming services and wind up shelling out more money than they did with their old pay-TV provider.

To stay in the first group, monitor your costs closely and be prepared to make hard decisions. With a little research and diligence, it is possible to cut the cord without defeating the purpose.