Is It Still Possible to Do Disney on a Budget?

Disney World and Disneyland are wishlist vacation destinations for plenty of kids — and kids at heart. But recent hikes in ticket pricing have made an already costly destination even more expensive. Many are left wondering whether visiting Mickey and friends is even plausible anymore for those of us on a budget.

In an effort to cut down on overcrowding at its parks, Disney is now pricing one-day passes to its parks according to demand. Every day will be classified as “value,” “regular,” or “peak” according to expected attendance numbers. At Disney World in Orlando, Fla., one-day tickets will cost $105, $110, or $124 for value, regular, and peak days, respectively. At Disneyland in Anaheim, Calif., tickets will cost $95, $105, and $119.

Unfortunately, value days are scarce at Disney World. For the rest of the year, you’ll only get value pricing if you choose to go during the 10 days at the end of August, or for most of September. At Disneyland, there are several value days available in April, May, August, September, October, and November.

Take heart, however: The ticket hikes are most likely to affect casual park visitors who live within driving distance. That’s because vacationers who spend multiple days at different parks are most likely to buy multi-day tickets that are unaffected by seasonal pricing.

Still, multi-day tickets aren’t exactly cheap. A three-day pass that lets you into one park per day at Disney World runs $290 for ages 10 and up; if you want the option to visit more than one park per day, you’ll pay $345. And those prices don’t include access to the water parks.

Disney on a Budget: Tips and Tricks

There’s just no way to argue that a trip to Disney can ever be “cheap.” At the prices above, a family of four will shell out nearly $1,200 for a three-day trip — and that’s not even including the cost of food, lodging, or getting there in the first place.

But if you (or your children) are determined to do Disney, there are still some smart ways to minimize the Mickey Mouse-shaped hole in your wallet.

1. Get tickets in advance (and not from Disney).

Sure, you want to go to the Disney website and see how much park tickets are running, but resist the temptation to buy before you look around. You can buy them from other places, possibly at a discount. Here are a few reputable places to check:

Military personnel can often score the best deals by purchasing tickets through base ticket offices.

Whatever you do, beware of scammers. Avoid purchasing tickets from individuals on sites such as eBay and Craigslist — there’s a big chance they’re fraudulent.

And don’t let anyone tell you that they can sell you the unused portions of their tickets for cheap. Tickets are tied to an individual’s fingerprints, and won’t work for anyone other than the original buyer.

Assuming you’re spending multiple days at the parks, you can save money by sticking to one park per day. Considering the sheer scale of Disney’s theme parks, this shouldn’t be a tall order for most casual visitors.

Die-hard Disney aficionados wax poetic about the “Disney experience” in an attempt to justify staying at a high-priced Disney resort while visiting the parks. And there are many advantages to staying on property, including quick, free transportation to the parks, extended park hours, and complimentary airport shuttles.

Disney resorts, especially deluxe resort properties such as the Grand Floridian or Wilderness Lodge, are renowned for their themes and amenities. But these properties start around $300 a night. If you’re going to spend most of your waking hours at the park, that kind of price premium probably isn’t worth it.

In contrast, you can still stay on Disney property at a value resort such as the All-Stars properties or Art of Animation, starting around $100 a night. You can even nab a fully equipped campsite starting around $50 a night at Fort Wilderness. That’s how we stayed at Disney when I was a kid (and to this day I still remember that I’ve never seen cleaner campground bathrooms).

Staying off site can certainly save money, too, as the sheer number of hotel rooms means properties have to keep their prices competitive. Bidding on a site such as Priceline can help save you even more if you aren’t picky. I spent a few days at Disney World with my husband and children in December, and we stayed at a very nice off-site property with way better amenities than what we would have gotten for our money on Disney property. The hotel also had a shuttle that made a continuous loop between all of the theme parks.

This can be a particularly good strategy for families who are planning on one park per day, which minimizes parking costs and time bouncing between parks. However, for those who want to bounce between parks and perhaps come back to their hotel in the middle of the day, the proximity and convenience of a Disney value resort may offer the best blend of convenience and value. If I had a do-over, since I have young children, I’d probably stay on the property to minimize travel time.

Believe it or not, Disney World now allows visitors to bring in food and drinks. Anyone who’s seen food prices lately at the parks’ on-site restaurants — you’ll pay more than $10 for a hot dog, fries, and a drink — knows what a huge savings this can be. If you’re willing to forgo the luxury of a hot meal for a little PB&J, this could save your family hundreds of dollars.

Just be careful with anything that’s perishable, especially if you’re visiting Disney World during the sweltering Florida summer. Note that you won’t be able to bring in large, hard-sided coolers or any sort of alcohol. Also be aware that Disneyland still prohibits outside food, though many visitors say this rule is only sporadically enforced.

Again, Disney fans will try to sell you on park meal plans (these are available to resort guests who purchase certain package deals) but these are probably only worth it if (1) you’re going specifically to eat your way through the parks or (2) you have a healthy enough appetite to justify the healthy price.

I cannot overstate this: If you’re watching your pennies, do not go into the stores, especially if you have little kids. I didn’t particularly enjoy paying big bucks for R2-D2 mouse ears just to avoid a tantrum from my 4-year-old, who was only in the shop in the first place so his dad could see the latest “Star Wars” merchandise (groan).

Assuming you’re lucky enough to be traveling with adults who can resist the lure of souvenir shops, here’s an easy way to keep your kids’ expectations in check. Buy a few souvenir-like items such as glow necklaces or Disney figures on the cheap at a big-box store before you leave. Stash them in your bag and save them for the inevitable time when your child starts lusting after the trinkets that “allllllll the other kids” seem to have.

Use the same strategy for anything else that you’d be tempted to buy in park. Bring your own sunscreen. And ask Disney workers to use your camera to take your picture with characters instead of buying them.

As I discussed above, one-day tickets now cost more during peak attendance times. However, even if you buy a multi-day pass and avoid seasonal pricing, going at peak time still packs more of a budget punch. Flights and hotels will be more expensive, and Disney will even raise food prices at many of its restaurants.

Even if you can swing the extra cost, don’t underestimate how long lines can be during peak times. I was at Magic Kingdom four days before Christmas, and I had the distinct privilege of waiting 45 minutes to ride the Astro Orbiter in Tomorrowland — a ride that lasts for all of 90 seconds. The wait to get on Space Mountain was two and a half hours. It wasn’t very magical for anyone, trust me.

In general, the experts at MouseSavers.com recommend avoiding Disney around Christmas and other major holidays, early spring, and mid-summer.

Is It Worth Going ‘Cheap’ at Disney?

As I said above, it’s laughable to think of Disney as a budget destination. If you’re like me and would be happy enough to skip it in favor of another place with a little less sensory overload, that’s probably your best bet to keep costs down.

But if you’re among those who MUST do Disney for one reason or another, you’ll want to carefully weigh whether skimping on costs will impact your experience.

For some people, vacations are worth the splurge because of the lifelong memories you’ll create. If bringing in a picnic lunch or staying at a cheap motel far off-site means you won’t enjoy the trip as much, the better strategy might be to wait a bit and start a Disney savings fund — so you can take your dream vacation guilt-free. Our personal savings calculator can help you meet your goal.

For more on vacationing on the cheap, here are some related Simple Dollar articles: 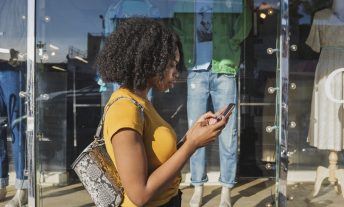