Does SodaStream Save Money?

My wife and I received a SodaStream machine for Christmas. We each drink about one cup of soda a day (maybe 12 oz. or 16 oz. fit in the cup). We usually buy generic store brand soda. Between the CO2 cylinders and the syrup, is it actually cheaper to use the SodaStream?

This is a great question, and one that’s also relevant to people who don’t use a SodaStream at all, but anyone who ever drinks soda. Can you save money with a SodaStream?

I made an attempt at answering this question in the past, but I didn’t do a thorough job of comparing all the costs, so I decided to just rewrite the question from the beginning.

What about the syrup? On Amazon, SodaStream sells their branded syrup in bottles for $5 each, which claims to provide enough syrup for 12 liters. That means you’re paying $0.41 per liter for the syrup.

If you do choose to buy an adapter that allows you to use other CO2 tanks that can be refilled in other places, you can certainly get CO2 for much cheaper. Such an adapter lets you buy a much larger tank – like a paintball tank – and get that refilled from a supplier of food-grade C02 (ask around in your community). This makes your setup akin to one of those large soda dispensers at restaurants and can knock the price per liter for carbonation of water down in the $0.05 range.

The drawback here is that a separate CO2 container will not fit completely inside a SodaStream unit. You’ll have to keep the container separate, which means it will take up more space. Some people recommend using tubing and having the container under the counter, running a small tube up to the SodaStream unit for easy dispensing.

The other challenge is the high cost of the SodaStream flavoring. The best option I’ve found for inexpensive flavoring is to buy sno-cone syrups. This stuff is very thick and you’ll only want to use a tiny amount per liter – just a few drops is enough for me. You can buy a 10-flavor pack of 16-ounce bottles for $40 off of Amazon and, for my purposes, each bottle would flavor somewhere around 50 liters of soda. Thus, you’re dropping the cost down to about $0.08 per liter.

If you’re willing to make these kinds of modifications to your setup, you can easily get the cost down to around $0.13 to $0.15 per liter for carbonated soda at home in a variety of flavors. If you compare that to the cost of buying soda – which will run you about $0.40 per liter – it’s far cheaper. If you’re willing to use alternative flavorings and modify your SodaStream equipment, you can save about $0.25 per liter versus buying soda.

If you’re willing to use the alternative syrups but don’t want to modify your machine, your cost per liter will be around $0.31. That means you’ll only be saving $0.09 per liter over buying store brand sodas. We’ll use this as the baseline going forward.

There’s another factor worth noting here. 556 liters actually equates to 147 gallons, so at that level, you’re starting to look at notable costs for the water itself. In our area, the cost is $4.35 per 1,000 gallons of water, so by consuming that much soda, you’re actually using an additional $0.64 in just water over that timeframe. It’s a tiny cost, but it is an additional cost that you don’t have if you drink soda from the store.

A very basic SodaStream unit for your home is going to have a startup cost of around $50. These units do make it very convenient to refill the liter-sized SodaStream bottles – you just screw them on and tap a button a few times to refill.

If you’re saving $0.09 per liter of soda, you’ll have to drink approximately 556 liters of soda in order to make up the cost of buying the unit. (Of course, if you’re gifted the unit, you don’t have to worry about this.)

If you drink a liter of soda a day – something I wouldn’t recommend, but we’ll get back to that in a minute – it will take you about a year and a half to pay off your SodaStream machine, provided you’re using less expensive flavoring options. If you’re using the official SodaStream options bought at retail price, you will never pay it off, at least not compared to the cost of buying store brand soda.

A single liter of soda adds up to about 34 liquid ounces. Depending on the type of soda you drink, that’s amounting to around 300 calories (for a typical cola) or as little as a dozen calories (for a low-calorie soda). The big difference is in how it’s sweetened – natural sweeteners are loaded with calories, but even artificial sweeteners that provide few calories have long-term health consequences.

If you’re looking at naturally sweetened soda and you’re consuming a liter per day, that adds up to over 100,000 extra calories per year. Considering that it’s delivered in liquid form alongside water, it’s basically the poster child of “empty calories” that don’t fill you up and thus lead to weight gain. You can easily attribute 25 pounds of weight per year solely to soda if you’re drinking a liter of naturally-sweetened soda per day, and I don’t really need to get into the health consequences of that (they’re not good, and they’re going to wind up being expensive over the long haul). Even artificially sweetened diet sodas, as mentioned above, have ingredients that lead to long-term health consequences.

Those long term health consequences have real costs, even if they’re hard to exactly quantify because everybody’s bodies are different. In most people, such consumption will lead to an increased risk of diabetes and many other ailments, along with a significantly increased risk of obesity. That’s just the simple result of consuming that many calories and/or artificial sweeteners, and it has a major long term financial cost.

Considering the amount of soda you’d have to drink from a SodaStream machine to pay for the initial cost, I just don’t see how it can really be a bargain.

So, should you just dump your SodaStream? Not so fast.

The best use I’ve found for it is for making carbonated water. Carbonated water can be used in a number of healthy ways – drinking it straight, for an unsweetened but fizzy drink, or with simple additions like a bit of lemon or lime. It takes a bit of getting used to if you’re used to soda, but I actually really like the fizz of carbonated water, plus it’s not carrying a bunch of extra calories.

If you use your SodaStream solely for carbonated water, compared to the cost of buying it at the store (which is about the same as store brand soda), you’ll save money even with the normal SodaStream CO2 canisters. If you rig your own system, it’s way cheaper, on the order of $0.75 per liter.

My suggestion: don’t buy one for frugality’s sake. If you have one for a gift, it does make sense to use it as you’ll save a little bit per liter (or a lot, if you want to rig it to use other CO2 containers). It’s also good if you have a taste for straight carbonated water.

How to Stop Drinking Soda, and Save Some Coin 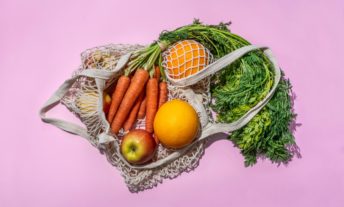