One of the surest signs that it’s time to switch to a new bank comes when you examine your monthly statement and see a lot of unnecessary fees.

About a decade and a half ago, I was a customer of a large bank chain (Firstar) that was later swallowed up by an even larger bank chain (US Bank). Firstar had locations that were really convenient for me at the time, so I used them as my primary bank.

During the year or two before they were absorbed by US Bank, I noticed that there were fees popping up all over the place. A maintenance fee appeared and a minimum balance began to be applied to my checking account.

At the time, I thought this was normal. What I should have done, though, is taken my business a few blocks away to a smaller bank chain that wasn’t introducing such money-siphoning fees into their accounts. I did eventually do that, but it wasn’t until after Firstar had absorbed far more of my money than they ever should have. 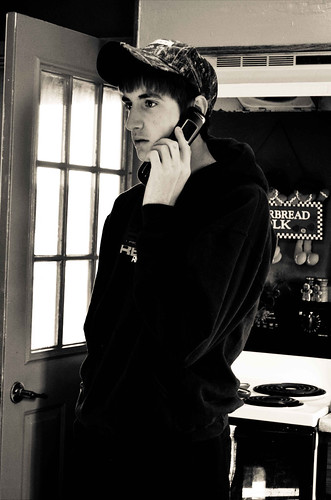 “Monthly” fees. Check cashing fees. Account “maintenance” fees. Minimum balance fees. These are just four of the most common fees that I’ve seen or heard about from readers. Banks are constantly looking for creative ways to get a few more bucks in their pocket, and one way to do that is to constantly ding their customers with small fees charged for extremely questionable reasons.

Just $3 in fees a month adds up to $36 per year. Three years of this and you’re talking well over $100, particularly when you consider that money could be earning interest on your behalf.

This is basically a rip-off. They’re taking your money for no good reason, particularly when there are many banks out there that charge no such fees. Thankfully, there are a few things you can do to keep those fees out of your account.

The first step is to check your monthly bank statement. For many of you, that means using online banking and examining the transactions over the last few months as well as the statements found there. There are no monthly fees that should be acceptable on your normal checking or savings account.

If you find any fees, call your bank. Have your statement in front of you when you call them so you can refer to specifics.

When you call, be polite and calm. First, ask why these fees were applied to your account in the past month, then ask to have them waived. If the bank refuses to do so, ask if they have any account offerings that do not include these fees.

Politeness and calmness will get you much further than anger and passive-aggressiveness on the phone. Most of the time, you’re talking to a customer service representative that has heard a lot of anger today and isn’t getting paid well for the punishment they receive. They’re not exactly going to want to go the extra mile for people who react with anger.

If your bank won’t budge on the fees, it’s time to start seeking out another bank. Unless they are offering features that make up for the fees – and these features would have to be tremendous – these fees are costing you.

One thing I’ve noticed is that the bigger the bank, the more likely they are to sneak in such fees. This isn’t an exact rule, but I’ve found that the giant banks seem to be the ones that most commonly stick fees onto their accounts. I did a brief survey of some of my friends just to find out if they had found any fees on their accounts, and the ones who had found fees were universally customers of very large banks.