Why Choose to Be a Prisoner to an Expensive Home? 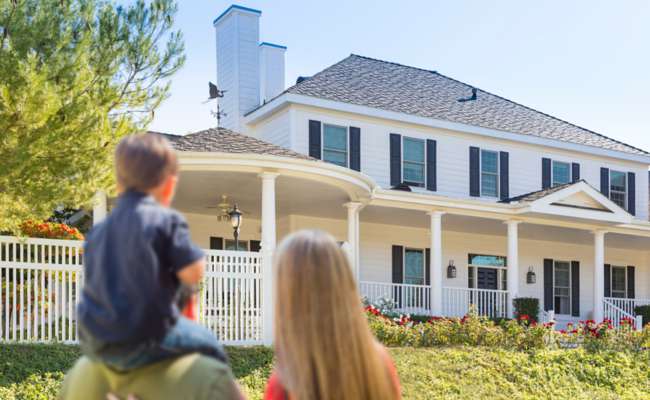 Why stretch your finances to the hilt to buy your ‘dream house’ when doing so could squash your other dreams?

When Elle Décor ran the essay, “I Made a Huge Sacrifice to Buy My Dream Home” by Sarah Scott a few weeks ago, they couldn’t have anticipated the firestorm that followed. Where many people sacrifice financially to buy a home, and especially their dream home, Scott’s apparent sacrifice ran much deeper – so deep, in fact, that it offended a large percentage of people who read her words.

Speaking of her sacrifice in Elle Décor, Scott writes:

“My husband and I purchased our dream home entirely on our own. Money wasn’t gifted for our down payment nor did we expect that. With that said, certain sacrifices had to be made for this dream to come true for us. The first being that we can only afford to have two children.”

To offer more background on her financial situation, Scott goes on to explain that she and her husband live within a carefully crafted financial plan. They can afford to take one vacation per year with a timeshare they purchased as newlyweds, she says. Plus, she was able to put her career on hold and stay home with the two children she does have. Still, Scott’s story comes with a deeply rooted secret:

“We weren’t planning on this change of heart when we purchased our home but we would like to have one more child. My uterus literally aches despite the fact that logic suggests we can’t afford it right now. After talking it over, and trying to adjust the budget, we have come to the conclusion that the decision to buy our dream home last year has eliminated the possibility of having any more children.”

When a Pricey Home Costs More Than Dollars and Cents

The backlash against Scott has been enormous, with commenters on Elle Décor and elsewhere calling her out for everything from selfishness to insensitivity to those who cannot have children. A few excerpts:

“What you should’ve done is not have children at all. Save money, time, stress, live a wonderful, childfree life. And that way we wouldn’t have this whiny article being shared everywhere.”

“Ms. Scott has made a decision to make the least of all she has. She is just sad.”

“Sounds like they are one step away from financial ruin.”

Although I had to nod in agreement with many of the comments, I still don’t feel angry at this woman; I feel sad for her – partly because she seems so lost, but also because she doesn’t even see the solution to her own problem.

When most people truly want another child, they do whatever it takes. They might move to a less expensive area, double up some kids in a bedroom, or get a part-time job. And that’s probably what has infuriated people so much about Ms. Scott’s essay. When it comes to further “sacrifice,” she will hear none of it:

“Unless circumstances suddenly change, in order to have one more child, we would need to downsize. This would mean another move and tearing our two kids away from the house they now call a home. And it would mean that I would need to return to work full-time, taking away from the quality time our two children enjoy having with me and putting them (and the hypothetical third child) in daycare which my teaching salary would probably just barely afford. Our annual vacation would disappear because we would need to sell the timeshare to make up the difference.”

Why You Should Buy Less House Than You Can Afford

Can you imagine living so close to the cuff that you couldn’t even consider the prospect of having another child – and living that way willingly? Perhaps that is the most disturbing and enraging aspect of the Scotts’ entire situation. Since they can technically afford their dream home, they can surely afford to sell it and downsize – possibly even to a nicer home than most people live in anyway.

We’ve written about why you should buy less house than you can afford many times before, but Ms. Scott’s essay illustrates the case in a way that a mere blog post simply cannot.

When you buy less house than you can afford, you usually find more freedom and choices – and ultimately, happiness. Follow down the Scotts’ path and buy all the home you can afford, on the other hand, and you could end up living the same constrained life – one where you are living the life of your dreams based on outward appearance, but suffering quietly on the inside.

That’s why I see Ms. Scott’s story as a cautionary tale – and proof that having lots of money can only make your life better if you let it. Even when you “have it all,” it’s easy to squander your resources in pursuit of material possessions and status.

At the end of her essay, Scott gives us a peek at the sadness she feels when she considers the prospect of selling her home.

“Sometimes, I can see us living in a smaller, older home somewhere, selling this one, and adjusting to accommodate life with a third child in a home that is definitely anything but a dream, but then I overhear our boys having a blast playing in our big, beautiful, safe backyard, or listen to their laughter billowing out of the colorful playroom space we have created and designed just for them, and I know this was always meant to be our forever home,” she writes.

“This is the American dream and we are in it, living it, every day, just the four of us.”

Perhaps this final statement is the one that most of her criticizers take issue with, because I know it is for me. In a country as free and prosperous as the United States, it’s sad that anyone would purposely create a prison they cannot escape from – one that is built with wealth but designed to keep them from living the life they truly desire.

What do you think of the essay in Elle Decor? Can you imagine choosing your dream home over your ideal life?