How Much Does a Root Canal Cost?

What’s more fun than a root canal? Needing one but having no idea how much it will cost. Not only do you have the stress of a procedure whose very name is synonymous with unpleasantness — you also have the added stress of wondering how much it will cost and where you’ll come up with the money. And depending on whether you have dental insurance and who your insurer is, you might be footing the entire bill yourself.

How much a root canal costs

The cost of a root canal varies depending on where you are in the country — and which tooth needs it.

Molars are significantly more expensive than bicuspids and front teeth. That’s not an access issue — it’s because front teeth have one canal, while your back teeth can have as many as three. If all of them need work done, you’re actually getting a bulk discount on the molars.

So what are you going to pay for a root canal? The short answer is somewhere around the neighborhood of $1,000, depending on which tooth needs it, among other factors. Here are the average prices of a root canal by tooth:

What does that include? An X-ray and the procedure itself. You’re probably going to be looking at extra costs, though, including follow-up visits (about $50 to $100 each) and a dental crown (anywhere from $300 to $3,000, depending on which tooth you had done and how nice you want the crown to be). If you’re lucky, you might get away with just needing a filling, which is going to run you between $50 and $300.

Will insurance cover your root canal?

If you’re among the 64% of Americans who have dental insurance, according to the National Association of Dental Plans, how much is your insurance going to cover? That depends on your policy.

Dental insurance will often cover 100% of routine costs — but only about half of what you’ll owe for major procedures like a root canal. What’s more, there might be a waiting period on your insurance, meaning you have to carry the policy for a certain amount of time before you’re eligible to get more extensive – and expensive — procedures like a root canal. You might be tempted to wait until you get full coverage, but that would be a mistake.

How to save money on a root canal

While you don’t want to bargain shop or get the discount root canal procedure, you might want to look into getting the procedure done at your local dental college to save a bit of money. Dental schools are always looking for people for their students to practice on — and they’re not letting just anyone do a root canal. What’s more, there will be a qualified dentist or endodontist on hand to make sure that you’re getting the best care.

Other than that, you can always wait for deals on Groupon or other social shopping sites, or even ask for a discount for paying your entire bill in cash. Even saving just 10% can be significant on a big procedure like a root canal.

Why you shouldn’t put it off

We don’t want to scare you too much, but if you’re thinking of putting off a root canal, you might need a little scaring. That’s because delaying a root canal procedure can have serious complications.

What you basically have right now is a tooth that’s infected down to the root. It’s not going to get better on its own, but it will probably get a lot worse. In a worst-case scenario, you can get a full body infection putting you at risk for heart attack, stroke, or death.

The good news is that once you get a root canal — which, contrary to popular lore, is actually not a painful procedure — you’re going to start feeling almost immediate relief from the pain of the infection. There’s not really a price you can put on that. Bottom line, if you need a root canal, start looking into getting it done sooner rather than later. 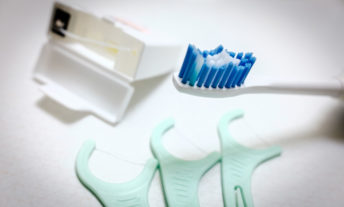 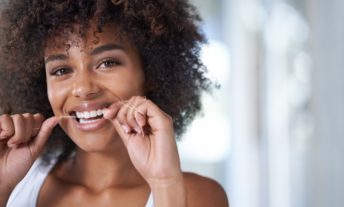 How to Afford Quality Dental Care