Homemade Kombucha Recipe: How to Make This Trendy Drink Cheap

Kombucha, a fermented tea beverage, has become both a buzzword and a health fad. An essential part of a certain kind of trendy lifestyle, it’s that fizzy drink you might have seen someone sipping as they left Whole Foods on their way to a SoulCycle spin class. It’s also the fastest growing segment of the “functional” beverage market, with sales in 2016 that eclipsed $600 million.

Kombucha was first made popular over 2,000 years ago by the Tsin Dynasty in China, where it became known as the “Tea of Immortality.” The tea was being hyped up in ancient times, and it’s getting the same treatment today. It’s the latest drink to have the “superfood” label applied to it.

While that moniker is overused, kombucha certainly has health benefits. It’s renowned for its ability to increase energy, improve digestion, and heal the gut. When properly made, kombucha is loaded with healthy probiotics, polyphenols, and micronutrients. Plus, it’s really tasty. What’s not to love?

Well, for one thing, it’s expensive. Even at Walmart, a 16-ounce bottle costs between $4 and $5. The fancy brands can be quite a bit more than that.

Fortunately, it’s simple to make your own kombucha at home — though it does take about a week to ferment. That will bring the cost down to roughly 50 cents per 16-ounce serving. Much like making the switch from store-bought coffee to brewing your own at home, heavy drinkers will see some serious money savings.

Here’s how you can enjoy this tasty drink for a fraction of the retail cost.

How to Make Kombucha: The Materials

First, you’ll need a 1-gallon jar with a lid. I prefer to use glass, but it makes no difference. There is a persistent internet rumor that you should never use stainless steel as part of a fermentation, but I have found no evidence supporting this. Just use whatever jar you have on hand. If you need to buy one, this $11 jar has never let me down.

Next, you’ll need eight bags of black tea. If you have some in the back of your pantry, those will work fine. I like to get them in bulk so that it brings the cost down. You can find 100 bags for $10 or less. You can also use loose tea, which will drive your costs down even further.

The third component will be 1 cup of plain white sugar.

Finally, and most importantly, you’ll need a scoby. SCOBY is an acronym that stands for symbiotic colony of bacteria and yeast. It sounds weird and gross, and honestly, it kind of is. A scoby looks like a slimy, semi-translucent pancake and feels like a wet sponge. But once you’ve handled one, you get used to it. I now look at mine much the same way a baker sees their “starter” dough. It’s a living thing that, with a little nurturing, will turn into a delicious treat. Pretty cool!

Scobys are inexpensive and will last as long as you feed them. The fun part is that they grow every time you use them, so they can be split up and given to friends. You probably shouldn’t bring a dripping wet scoby to a dinner party in lieu of wine, but if you have a health nut in your life, they will surely appreciate the gift. I’ve sent a scoby through the mail to a friend on the opposite coast, and it arrived without issue. If you don’t have a friend willing to share a scoby with you, you can buy this one for eight bucks.

Once you’ve got those required materials, use this simple kombucha recipe:

One thing to note is that the scoby will do some seemingly bizarre things during the fermenting process. It might sink, for one. It will also start forming a second scoby on the surface after a few days. Brownish strands will come off the scoby, and bubbles will appear. Most of it is normal. However, it you see anything that resembles white or black mold, the scoby will need to be tossed.

When the waiting period is over, the kombucha is ready to serve as is. But if you want to make it extra fizzy, you can pour it into 16-ounce bottles for a second ferment. Be sure to add a little bit more sugar or fresh fruit so that the yeast has something more to eat (though not too much, or you risk an over-carbonated, exploding bottle). Leave about one inch of space from the top of the bottle to allow a bit of room for carbonation, and screw the cap on as tightly as you can. Leave those on the counter for another couple of days so that the carbonation can build up, then transfer them to the fridge. You now have fizzy, fresh, delicious kombucha!

I’m not referring the adventurous among us who like to “weaponize” their kombucha by adding spirits once it’s done brewing (although that can be fun sometimes). I’m talking about how the final product will contain trace amounts of alcohol. Not enough to impair you, by any means, as your average kombucha clocks in at below 0.5% alcohol, on par with a non-alcoholic beer like O’Doul’s.

I’ve never even felt the slightest buzz after consuming a serving of kombucha, for what it’s worth. But if you’re a strict teetotaler, pregnant, or simply trying to avoid all alcohol for whatever reason, be aware that kombucha does typically have a small bit of alcohol in it.

You won’t achieve immortality if you start brewing your own kombucha, but you just might get a pep in your step and some healthier gut bacteria to boot. With such a low price and minimal time requirement — aside from the waiting — it’s an easy drink to try your hand at making. And if you’re already a kombucha addict, switching to a home brew will save you quite a bit of money in the long run. 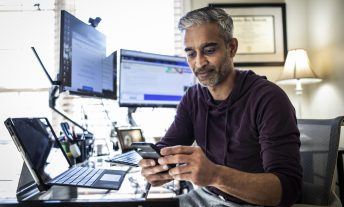 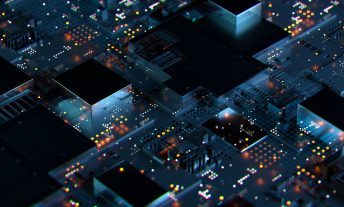 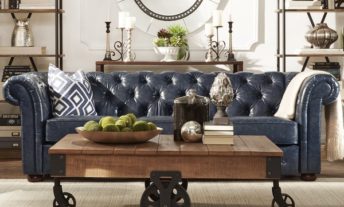