How to Ship Wine (Legally) Through the Mail

With the holidays fast approaching, many people aged 21 and older are getting ready to put down their kale smoothies and pick up the bottle of vino. That’s right — between Halloween, Thanksgiving, Christmas, and New Year’s Eve, drinking season is upon us. Since it’s also a time of gift-giving, many more will try to navigate the labyrinth of rules that govern how to ship wine through the mail.

For a country built by booze-loving colonials who in large part believed, “Alcohol could cure the sick, strengthen the weak, enliven the aged, and generally make the world a better place,” we Americans sure do make it complicated to ship wine to one another.

If you are ready to take up the challenge, here’s what you need to know.

How to Ship Wine: General Overview

First of all, the most important thing to keep in mind is that it’s illegal for one individual to ship any amount of wine to another person through the mail in the United States, regardless of where you live or whether you try the U.S. Postal Service, UPS, or FedEx.

That doesn’t mean you can’t send wine to someone — but you can’t just stuff it in a box and slap a few stamps on it. Unless you’re willing to take a big risk and break the law, to ship wine you need to buy it from a company who’s certified to deliver it. The good news is, plenty of companies are licensed to ship wine to most states.

Depending on the quantity you’re sending and where it’s going, there could be additional hurdles to overcome. For instance, if you want to send wine to a friend in Oklahoma, you’re out of luck: The Sooner State doesn’t allow it, and you might be looking at a felony if you get caught trying.

While the law is mostly the same in Delaware, there’s one important loophole: If you’re a resident of Delaware and you’re visiting a winery in a different state, you can send yourself back a few bottles.

The strictest laws, by far, are found in Utah, Oklahoma, Mississippi, Alabama, Kentucky, and Delaware. Pay particularly close attention to the rules if you’re sending wine to those states. An updated master list of all the state law nuances can be found by searching the alcohol statutes over at The National Conference of State Legislatures website.

But, keep in mind that that these laws are constantly changing. Massachusetts started allowing direct shipments from vineyards only last year. If you live in a state where it’s hard to get wine, your best bet to change things is to make sure you get out and vote.

If it seems like you’re constantly being bombarded with advertisements trying to get you to join the latest and greatest wine club, it’s because they’re quickly becoming a major player in the alcohol sales game. They’re also one of the easiest ways to get wine delivered to your doorstep or as a gift to someone else’s.

If price is a factor, wine clubs are increasingly a great way to go. As Sandra Hess, the founder of DTC Wine Workshops states, “There’s a lot of competition out there.” Thanks to good ol’ capitalism, the prices at wine clubs are being driven down, and there should be an affordable option available to you this holiday season.

Order from a Winery or Vineyard

Fun fact: Every single state in the U.S. currently produces wine. Even Alaska produces wine, people! With such a plethora of wineries to choose from, you’d be wise to check whether there’s a winery near the lucky person you’re looking to send it to.

Sure, you might not be able to send them the exact bottle of California Cabernet you initially had in mind. But if they’re fans of the winery or simply like to support local businesses, ordering this way is a no-brainer. Since the whole transaction is happening in-state, there are fewer regulatory hurdles to overcome.

And if the person absolutely loves a particular wine that’s produced out of state, it never hurts to check if you can buy some from the the winery that produces it. Some wineries have special permission to ship across state lines.

As is rapidly becoming the case with most industries, buying wine online is a fairly simple option. Pick one of the major online retailers (Wine Folly has  a good list of them), select a bottle that looks good, confirm they can ship wine to the state your friend lives in, and you’re all set. With Amazon.com’s entry onto the alcohol shipment scene in 2012, it’s never been easier to send wine around the country.

Meanwhile, alcohol-delivery apps such as Drizzly partner with liquor stores in major markets who can deliver booze to local residents – meaning you can order and pay for a bottle of wine to be delivered to a friend across the country in as little as an hour, all from your smartphone.

Okay, this isn’t technically shipping wine, but sometimes it’s the best option. For one thing, all wine shipments and deliveries require that someone at least 21 years old be there to sign for them. If your delivery happens to show up when no one’s home – or the only person around is your 14-year-old nephew — you’re out of luck. Your gift may be delayed, and the wine might even go bad sitting a shipping facility where temperatures are too high or too low.

Giving a gift card — to a wine store, local vineyard, or other wine retailer – lets the recipient choose a local wine at his or her leisure, and there’s no chance of anything bad happening to their bottles in transit.

The key to shipping wine without stressing out is to remember that the wine clubs, stores, and wineries have well-paid people on staff to make sure all the rules are followed. As long as you stick to the above options and don’t try to sneak a personal bottle to your friend via the USPS, you should be fine.

“Generics Make Me Feel Bad About Myself”

“I Just Want to Have Fun, Live My Life, and Worry About All That Stupid Personal Finance Stuff When I’m Older” 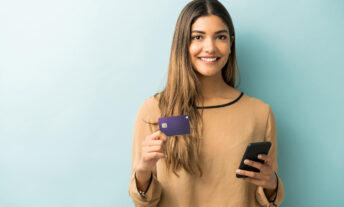 22 Latinx Credit Unions And Why They Matter