How to Watch Football This Season Without Paying for Cable

If you’re a football fan, you’re feeling happy because the drought is over. NFL Preseason is wrapping up, which means the real action is set to begin. Meanwhile, college football is already taking off.

Unfortunately for many fans, football comes at a price. After all, you have to buy cable to watch games and coverage broadcast on ESPN, NFL Network, SEC Network… you know, all those channels where you get your football fix. And with the average cable bill sitting at around a hundred bucks a month, it’s safe to say most football fanatics are paying hundreds of dollars throughout the season.

Now, you’ve probably heard that you can cut the cord to cable TV and save hundreds (or sometimes even thousands) of dollars a year. But does that apply to football fans? Can you really get the football you want without a cable contract?

Sure. But admittedly, the more options that become available, the more confusing it seems. So let’s break down your options when it comes to watching football without cable.

Sure it seems old-fashioned, but a TV antenna is a cord cutter’s best friend. Assuming you’re in a decent location near a major metro area (you can check here), digital bunny ears will allow you to receive FOX, NBC, CBS, ABC, and more — all live in HD.

If you’re a die-hard fan of your home NFL team, an HD antenna is all you need to watch all the games. Every single one of your home team’s games will be broadcast on a local affiliate, including Monday Night Football and Thursday Night football.

An antenna can also come in handy for college football, depending on what conference you follow. ABC, FOX, and CBS all broadcast games from various conferences throughout the season on Saturdays. However, if you’re a big-time college football fan, you’ll need ESPN for the most coverage, which isn’t available with an antenna.

Don’t let the name fool you—this isn’t just for PlayStation owners. Vue is a live streaming service that lets you stream cable channels online without actually having cable. Channels like ESPN, Fox Sports 1, and even local stations in some markets make Vue a great service for NFL and college football fans alike. The best part? You can get it for as little as $29.99 a month in some locations without a contract. You can try it free here.

Sling TV is similar to Vue, except the channel bundles are skinnier and a bit cheaper. You get live-stream programming from popular cable channels like ESPN, with no contract.

The Orange bundle, which includes ESPN and ESPN 2, runs $20 a month, while the $25-a-month Sling Blue package will get you additional sports channels, including the NFL Network. College fans can even add on the “Sports Extra” pack for must-have channels like the SEC Network.

Like PlayStation Vue, Sling is also available with a seven-day free trial. My advice? Try both of them separately using the free trials, then decide which one you like best and cancel the other.

Social media site Twitter is trying to dig itself out of a hole, and football fans are the ones who will benefit. A few months ago, the NFL agreed to allow Twitter to live stream 10 Thursday Night Football games this year for free. All you have to do is go to Twitter and watch. You don’t even have to sign up for an account (unless you want to tweet out your trash talk). Here’s a list of NFL games you can stream on Twitter.

Twitter will also be helpful for some college football fans after their deal with Campus Insiders. This partnership will allow Twitter to stream games from the Mountain West Conference, Patriot League, and West Coast Conference.

Don’t want to watch on your laptop or mobile device? Rumor has it there will be a new Apple TV app to watch through Twitter.

If you’re a Verizon Wireless customer and don’t mind watching the game on your mobile device, I’ve got good news for you. Just download the NFL Mobile app and you get live local and national games for free. No catch. Unfortunately, you won’t be able to get the stream on your TV.

Are you a college student? Or maybe you live in an apartment or condo that won’t allow you to have a satellite dish? If so, you’re probably eligible to get a standalone streaming version of DirecTV’s Sunday Ticket.

If you’re a student, you can sign up for just $24.99 per month. But if not, your starting price will be $49.99 per month, which isn’t exactly cheap. However, you only have to pay during football season, so it’s still a cheaper option than a pricey two-year cable or satellite contract.

If you’re an NFL fan who DVRs games because you don’t have time to watch them live, then NFL Game Pass is your ticket. At a price of $99 for the whole season, Game Pass lets you watch every single regular season game in its entirety, as well as in condensed form.

The catch? You can’t watch until it’s over.

I know, it seems silly, but I guess those live streaming rights are worth too much to give away for less than a hundred bucks a year! However, if you live outside the United States, Game Pass does offer live streams of all games — at double the price. So if you’re not in the U.S., you’re in luck.

There you have it. I told you it was a bit… convoluted. But the bottom line is, you have options. And for many football fans, these options can help you save big — because kissing cable TV goodbye doesn’t mean you have to say goodbye to football, too. 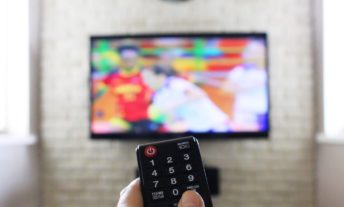 Our Experience Cutting the Cord and Eliminating Cable Television 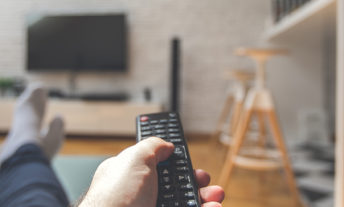 Chris Brantner is founder of CutCableToday, where he helps people cut the cord and find the programming they want… like football! Follow him on Twitter (@CutCableToday) for more cord-cutting tips.