When a person arrives at the point in their life where they desire home ownership, that person often doesn’t have 20% of the cost of the house they’re eyeing.

In our area, for example, a nice, recently-built family home with several bedrooms will set you back at least $150,000. 20% of that is $30,000. For many people who are recent college graduates and are facing student loans, car loans, an entry-level salary, and the difficulty of adapting to adulthood, $30,000 in the bank seems like an imposing goal. In other areas, that amount can be quite a bit higher.

The itch for home ownership often comes from living in an apartment (or something similar) and realizing that the place is a little small for the family you want to have – and perhaps not the most family-friendly place, either. I remember the apartment building I lived in during my late college years. There were a few families there, but there were also apartments full of partying college students who would blast their music at two in the morning and sometimes party to excess. The police were called more than a few times (not on me, thankfully, but on my neighbors more than once).

That’s the situation a lot of people find themselves in. They’re realizing the value in finding a better place to live, but they don’t have the financial means. The solution, as promoted by their parents and relatives and countless publications and programs, is to go buy a home. That’s the American Dream, after all.

The problem is that if you don’t have enough money for a down payment, you’re going to lose a lot of money. 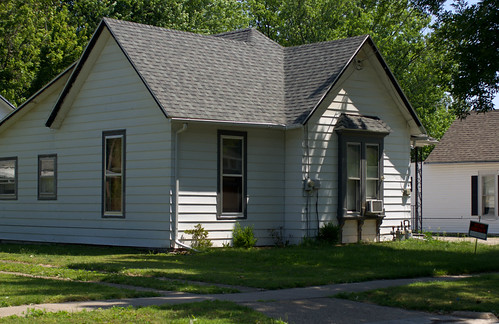 When you ask a bank for a home loan, they’re going to want to see that you’re serious about the loan. One way they do that is by asking for a down payment. They want to see that you have the financial stability to come up with 20% of the value of the home.

If you can’t do that, you look a little risky to the bank. They’re going to want some insurance against the possibility that you’re going to be unable to pay back this loan. It’s going to be up to you to pay for that insurance.

What do you get out of that? Nothing at all other than the “privilege” of being able to borrow without a down payment.

You don’t have to pay for PMI forever – just until you’ve built up 20% equity in your home. Of course, if you’re borrowing the full amount and making minimum payments, you’re going to be paying the PMI for something around twelve years on a thirty year mortgage.

In either case, there’s a significant extra cost to buying a home when you don’t have a 20% down payment. The bank will lend the money to you, but it will cost you.

Don’t get tempted into diving into home ownership without a down payment. If you feel like you need a better place to live but you don’t have the down payment, look for a better rental situation. Don’t start diving into the real estate pages unless you have enough money in the bank to secure the best possible deal for yourself.

Loading Disqus Comments ...
Financial
TOOLBOX
Drowning in credit card debt?
Try a Balance Transfer Card
Is your money making money?
Choose a High-Yield Savings Account
Tired of huge interest payments?
Consider Debt Consolidation
Latest from Trent
6 Things To Do Immediately if Your Partner Passes Away
What Happens If You Live to 100? Here’s How to Manage Longevity Risk in Retirement
What You Need to Know About Online Banks
Read more from Trent
Featured on: