Saving Psychology from The Economist 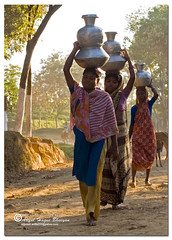 Recently, while digging through the magazines in our magazine rack, I came across the May 16, 2009 issue of The Economist. The Economist is my primary print source for news and it almost always gives me quite a bit of food for thought.

Anyway, on page 82, I found a really interesting article entitled “Smooth Operators,” which discusses some very savvy saving techniques that have developed in nations with developing economies. First, though, is a bit on why such techniques are needed there:

Paying interest on your savings will strike most people as odd. Yet some poor people in the developing world do just that. In West Africa, for example, some people pay roving susu collectors a fee amounting to a -40% annual interest rate for looking after their deposits. […] a similar phenomenon in India, where a female deposit collector named Jyothi looks after small savings for people in the slums of Vijayawada at an effective yearly interest rate of -30%.

To us, this seems very alien. Why would you bother to put money in a savings vehicle if you’re charged such outrageous fees?

To put it simply, money security is the real reason. Keeping significant amounts of cash on hand can be dangerous, and after doing a risk assessment, it’s pretty clear that to many of these people, it’s better to pay that painful fee than risk the high likelihood of having the money taken in some method – a -100% interest rate is far worse than a -40% interest rate.

But why save at all?

Many of the subjects emphasized [that] controlling the flow of cash becomes all the more critical when income is not just low, but also unpredictable and irregular.

In other words, many of the people using these savings systems have very irregular incomes, so in order to survive during the many lean times, they need to sock money away. And without personal security, they need a service that keeps the money safe, so they utilize the susu (and other local variants).

It’s not that different than the problems that people face in America, where many people have irregular incomes (I myself am one of them). To put it simply, if your income is irregular, you have to save. You can’t spend what you earn, or else you’ll be in deep trouble during the lean times.

What gets interesting, though, is some of the tactics the savers use.

They are acutely aware, for example, of the importance of some psychological phenomena whose effects behavioural economists have only recently begun to explore. For instance, they purposefully seek out commitments to help ensure that they meet their savings goals. Many of the South African women in the study joined several monthly “savings clubs” in spite of having bank accounts. They found that the extra discipline the clubs provided was valuable in itself, because it compelled them to save no matter what.

This is a really important point, one I think is overlooked in western society. Peer pressure is a huge motivator, and using it for savings goals pushes you strongly towards saving. The idea of a “savings club” seems a bit strange, but why not? Investing clubs are quite prevalent in the United States, and they have roughly the same goal – encouraging people to invest and keeping their eyes on the prize.

If you have some friends that are also trying to save for different goals, why not start a savings club? Meet once a month or so to talk about money saving tactics and to share your progress. Knowing that you have to tell the others in the club about your progress will push you to meet the goals you’ve set, lest you look bad in their eyes.

Another solid tactic comes later in the article:

The mother of a Bangladeshi man who found himself unable to stick to his monthly saving goal found she could make him save more by taking out a loan from a microfinance company. The shared obligation of having to pay the regular loan installments meant he abandoned his spendthrift ways.

At first, this might not seem like the best idea. Taking on debt to force yourself into regular savings behaviors?

But think of it from their perspective. That microloan might have a 10% interest rate. On the other hand, the susu down the street charges you 40% interest on your savings. Seems like a good deal to me.

This is not altogether different than when people play games with low-interest credit cards with 0% rates on balance transfers. They write a cash advance check from card A into their savings account, then do a 0% balance transfer from card B to card A to cover that check. Then they hold the cash in their savings, earning 2-3%, until they have to pay back the 0% transfer. Along the way, they can usually earn a few bucks, particularly if the amount isn’t large enough to really harm their credit.

In both cases, it’s a crafty way to use the financial tools available to you in an unexpected way to put yourself in a better financial place. Don’t just think of a credit card as a way to buy more stuff. Don’t think of a low interest or a zero interest loan as bad simply because it’s debt. Instead, look at all the tools available to you – and use them together to maximize your situation.