Let’s start off with a fact that’s “mildly interesting” on the surface, but takes on a whole different set of meanings when you dig in a little bit.

Let’s break that down a little bit into numbers that are more practical for how you and I live our lives.

It means that virtually any day that you eat out is an above average food spending day. If I eat a full meal at almost any restaurant, I’m going to be spending more than $7.64. There are a few restaurants that can slip a meal in under that price, but it’s either something super unhealthy and of questionable origin or it’s something quite small.

The reality is that eating out is a budget buster, moving you quickly above the American average food expenditure. If you treat eating out as a consistent “everyday” or “multiple times a week” phenomenon, it is extremely likely that your food spending is significantly higher than the average American’s.

In fact, the same is probably true if you eat convenient prepackaged foods. If you eat a prepackaged meal, it’s probably eating up a lot of that $7.64 that the average American spends on food each day.

That has consequences. If you look at the full annual budget for the average American, the extra money you’re spending on food has to come from some other budgetary element. Where is it coming from? Clothing? Housing? Retirement savings? Health care? Entertainment? For a lot of Americans, it comes from credit cards, to be quite honest. None of those options are particularly wise when it comes to financial success.

Your excess food spending comes from somewhere. What other part of your budget is it consuming?

For me, the solution to this problem was to ensure that my baseline meals were as inexpensive as possible. Unless there is a reason to do otherwise, I strive to eat cheap meals, which are meals made at home out of inexpensive staple foods or things on sale at the store.

What do I mean by “inexpensive staple foods”? I’m referring to what I call the six frugal food staples: rice, beans, dry pasta, eggs, fresh produce (on sale), and oatmeal. Those staples, mixed with things to flavor them (spices, sauces, sweeteners, and so on), can form the backbone of a healthy, nutritious, and varied diet. That’s because those six staples can be remixed in infinite ways. They form the backbone of a lot of different meals and cuisines from around the world.

The best part, of course, is that those six staples are really cheap. A meal utilizing rice, beans, oatmeal, on-sale fresh produce, dry pasta, or eggs is a meal that’s probably going to come in under $1. I can make a lot of meals for less than $1 per person using those ingredients as a baseline. Thus, those ingredients are often the backbone of many of our meals.

For example, for breakfast, the cost of a pound of cooked oatmeal is about $0.25. I can whip up a couple of pounds of cooked oatmeal ($0.50 or so) and add some fresh fruits on sale (another $0.50) and maybe a bit of sweetener (another quarter) and then feed my family of five breakfast for a cost per person of about a quarter. That’s a “default breakfast” for us, leaving us with $7.39 to spend on the rest of the day’s food.

Alternately, I might scramble a dozen eggs (total cost: around $2) and lightly season it (total cost: around a quarter) for breakfast for the five of us, giving each person roughly two and a half eggs worth of scrambled eggs. Per person, the cost of that is around $0.50, leaving us with $7.14 apiece for the rest of the day.

Lunchtime might include a rice and bean bowl or some pasta with sauce that was purchased on sale or something left over from a previous meal, making for a dirt cheap lunch.

This leaves us with $6 or so per person for the cost of dinner, and if I can come in way below that, we’ve spent substantially below the national average for food for a day. If I can do that most of the time, then we can eat out occasionally and still stay well within a completely reasonable food budget.

It starts with cooking at home, not relying on convenience foods, and using inexpensive nutritious staples as the backbone of your meals.

So, the data says that the average American spends $7.64 in food on a given day. Let’s take a group of 50 Americans. On average, those 50 people should spend a total of $382 on their food, right?

The reality is that numbers like the $7.64 a day “average” are really skewed by the big spenders that are spending many multiples of that amount on food in a day. These are people going to expensive restaurants or eating all of their meals at moderately priced restaurants or consuming super-expensive ingredients at home. They’re out there and they’re busting the average.

Imagine if you take those 100 people and line them up in order of how much they spent on food for the day. The person right in the middle of the line is the “median” person – the same number of people spent more than him or her as people who spent less than him or her.

Compare that to “average,” where everyone in the line adds up how much they spent on food for the day and then divides that by the number of people in line.

The truth is that this “median” person almost assuredly spent less than $7.64 on their food (which was the “average” amount). How do I know this? The simple fact that lots of people spend many multiples of that amount on food each and every day, as witnessed by the existence of expensive restaurants and the presence of expensive foods in grocery stores.

For another example of the difference between “median” and “average,” look at American incomes. In 2015, the median household income (meaning everyone stands in line and we look at the person in the middle) was $56,516, while the average household income (meaning we add up everyone’s incomes and divide by the number of households) was $79,263. How is that possible? It’s possible because some people earn far more than the average – many, many, many times more – in a given year, and that skews the average.

The truth is that the “median” person – that real person in the middle – almost assuredly spends less than $7.64 on food per day. My back-of-the-envelope math, which is extremely rough and based on some guesses, says that this person’s average food spending is somewhere between $5 and $6.

What’s the point? Aiming to spend something like $1.50 per meal and $1 on snacks for the day puts you pretty close to what the median American spends on food in a given day. You’re not a big spender and you’re not a small spender if you aim for that.

Sometimes, the reality of how other Americans actually live can be a really helpful eye opener. 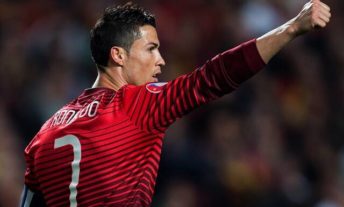 10 People Who Really Need a Budget 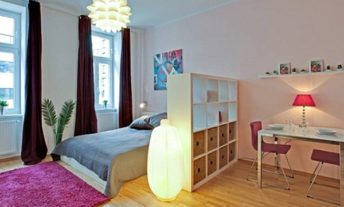 33 Ways to Maximize a Small Living Space on a Budget