Here’s What Living on Half Your Income Really Looks Like

If you ask anyone who plans to retire early what their secret is, they’ll all say the same thing — it’s a high savings rate. To grow their nest eggs quickly enough — and big enough — to say goodbye to the working years ahead of schedule, they have to save as much as they can while they can.

For many would-be early retirees, the plan to get there involves saving 30%, 40%, or even 50% of their pretax income and living on the rest. While that sounds daunting, many individuals and couples are successfully pulling it off while living fairly normal or even luxurious lives. But how?

The first key to a high savings rate is an obvious one: To save a lot, you have to keep your spending levels in check. For most with a high savings rate, that means cooking most meals at home, steering clear of new and expensive housewares and gadgets, and driving old cars until they die — or even biking to work.

The rest of the equation involves a dose of financial aggression; not spending most of your money takes a certain amount of self-control, but actually saving and investing those extra dollars also requires some work. Simply put, families with a high savings rate need a thoughtful investment plan that helps them optimize both their tax situations and the money they have left to spend.

What Does Living On Half Your Income Really Look Like?

While living on half your income (or less) sounds like a good idea, putting it into practice can be tricky. To illustrate what this kind of lifestyle really looks like, we profiled three families who are saving 50% of their incomes or more. Here are their stories:

In a quest to retire fully and move to a homestead in rural Vermont, one anonymous Boston-area couple known as “The Frugalwoods” built a life that is sustainable on around 30% of their annual income. Yes, you read that right. The Frugalwoods are saving a little over 70% of their incomes from their full-time jobs, and counting down until the moment when they can kiss their work offices goodbye — once and for all.

How do they do it? According to Mrs. Frugalwoods, the key has been creating a life where they spend on the things that really matter to them and do their best to optimize the rest. At the same time, they don’t feel like they’re sacrificing – quite the contrary.

“For us, frugality is about what we’re going to gain — not about what we’re giving up,” says Mrs. Frugalwoods. “We feel that we live a life of frugal luxury because we have everything we need and we enjoy our lives.”

Further, Mrs. Frugalwoods says most of their decisions aren’t really based on money. Instead, they aim to create lives they love living; money is just a tool that will get them there.

“It’s all about working toward a life of freedom and financial independence,” she says. “By saving our money, we’re enabling a joyful existence that’s less stressful and not caught up in the rat race of consumerism and lifestyle inflation.”

But what does saving 70% of your income really look like? Although the Frugalwoods don’t openly share their income statements, a quick look at one of their monthly budgets (and some basic math) shows they enjoy a high income. Still, it also shows their spending is devoid of the typical consumer trappings that plague so many people who earn a lot — but can’t manage to save anything meaningful.

The Frugalwoods, despite their high incomes, aren’t trying to keep up with the Joneses. Here’s what one of their typical monthly budgets looks like (this one’s from August 2015). Keep in mind, all extra money not listed in their monthly spending gets invested or saved for their rural retirement homestead.

Despite the fact that Mark from Bare Budget Guy has a wife and kids, his family could still feasibly save 50% of their income — that is, if they didn’t tithe quite so much. But that’s a choice his family has made — and is happy with.

While Mark is the primary provider with a full-time day job, his wife is the primary caregiver. Keeping expenses low and avoiding the costs of day care help the Bare Budget family save so much while also giving back.

But how does this family with small children save so much? According to Mark, they bought a house they could afford that was close to work, they avoid buying new stuff for their children or themselves when they can, and they budget every dollar they earn. That last part is key, says Mark.

“Writing down what you spend and what you think you’re going to spend does wonders for your financial awareness. And when you are financially aware, you are more inclined to spend carefully and increase your income.”

And while they’ve made certain sacrifices to save so much, Mark and his family know deep down it will all be worth it. As of right now, they’re saving heavily for retirement and for their children’s college education, while maintaining a certain level of comfort and room for fun, like the occasional dinner out. And according to Mark, it’s only when he looks around at how others live that he realizes their situation — and savings rate — isn’t actually normal.

Here’s what one of their normal monthly budgets looks like based on a monthly after-tax income of $7,489:

Notably single, Catherine from The Single Dollar saves approximately 50% of her income throughout the course of a year. Some months come with bigger spending, she says, but the lean months help her achieve the high savings rate she craves.

Earning some money on the side also helps her stash extra money away, she says. For the most part, her side jobs this year have included efforts with e-bates, online survey sites, Swagbucks, and an occasional one-off freelance gig.

“It’s not usually more than $100 a month, sometimes less, sometimes a bit more,” says Catherine, but it all adds up and helps her achieve optimal savings.

If you want to know why she reaches for a high savings rate when many of her peers don’t even bother, you have to look back at her past. As a graduate student living in expensive New York City during her 20s and early 30s, she couldn’t save a dime — and even worse, she left school with around $20,000 in debt.

According to Catherine, she is trying feverishly to make up for those years where she wasn’t able to save. Meanwhile, she enjoys the safety that comes with having a fully funded emergency fund.

“My employment has been precarious for a while now and it was really scary to think I had no savings account and would be stuck borrowing in case of emergency, so I want to avoid that again in case of job loss or other life events,” says Catherine. “My goal isn’t extreme early retirement; it’s a safety net.”

Here’s what Catherine’s monthly budget looks like with an average monthly net (after-tax) income of $3,572.

According to Catherine, her high savings rate wouldn’t be possible if she still lived in New York City. “My $400 rent and utilities is the No. 1 reason I can do this without eating ramen every night,” she says. “State and county taxes are also much lower here than they were for me in New York.”

By living in a low-cost area, she is able to take on a roommate and save a considerable percentage of her income, all while living a life she enjoys.

While all three of the parties I interviewed are living on less than half of their take-home pay, they all admit that the lifestyle isn’t for everyone. As Catherine of The Single Dollar says, her extraordinary ability to save is tied to her individual life circumstances, some of which can’t apply to everyone. For example, she is keenly ware that living in a cheap area, having no dependents, and being in good health help her save.

“Given the fact that real wages have declined in the U.S. over the last 30 or 40 years, and that the cost of living has risen substantially in many places, I’d be very reluctant to say that ‘most people’ could do this,” she says.

Obviously, a high income helps, too. After all, saving 50% of the median household income — which is around $52,000 — is a whole lot harder than stashing away half of a six-figure salary.

Still, most of us could save more than we are saving now — and it doesn’t have to be with the goal of early retirement or extreme frugality. Even if your goal isn’t retiring early or reaching financial independence right away, saving a lot of money gives you more options in the end.

“Having money in the bank means you have the freedom to take risks and pursue the life you want to live,” says Mrs. Frugalwoods. “When you’re spending paycheck to paycheck, you’re entirely reliant upon your employer. But when you’re saving a great deal of your income, you’re creating independence for yourself.”

And in the end, maybe that’s what this movement is all about. Maybe it’s not really about dollars and cents, but more about the freedom money can buy you.

No, not everyone can save 50% or more of their income, but it’s fairly safe to say most of us could be doing better than we are now. And in the pursuit of stashing away as much money as we can, it makes sense to analyze our monthly and annual spending to see if the reality of our spending aligns with our long-term goals.

Despite their already high savings rate, the Frugalwoods report they’re still finding new and interesting ways to save each month. “It’s all about bringing awareness and mindfulness to our spending,” she says.

If you want to apply their financial philosophy to your own finances, Mrs. Frugalwoods suggests reviewing every single dollar you spent last month, looking for areas you spent money on but that didn’t bring you joy. And if you find areas where your spending isn’t offering the value you expect in return, take a moment to seriously evaluate why you spent that money in the first place.

“When you start spending only in service of your goals, it’s amazing how much money you can save,” she says. 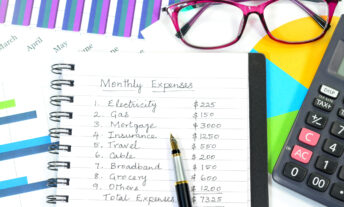 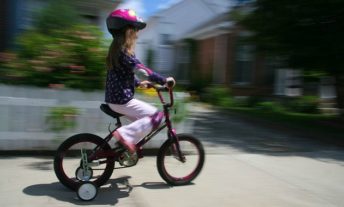 The Secrets Behind Successful Budgeting