I’ve been going to the same barbershop most of the time for the last fifteen years or so. We grew up in the same area, so it’s rather fun to catch up with him on things that are happening in our hometown area.

He’s a good barber, so he’s also pretty busy. He also operates almost entirely on walk-in business, so when you show up, you get on a list and have to wait for about thirty minutes or so.

When I go there to get my hair cut, I’ll often wander around the small shops nearby – and there happens to be a shop that sells board games about four doors down. Board gaming is one of my biggest hobbies, so I’ll often walk in there to browse the shelves.

That’s when I have to be careful. 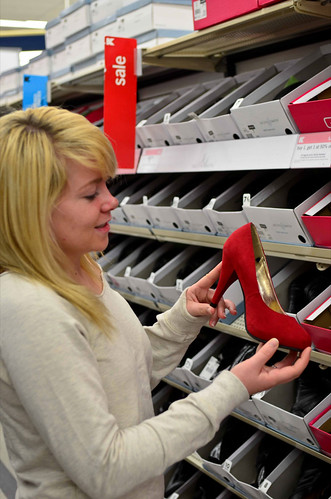 I’ll be sorely tempted to just buy the game. After all, I can afford the sticker price. Why not just buy it and make those dreams a reality?

That line of thinking leads to a lot of unnecessary spending. It rides the emotional wave of impulse buying right to the conclusion, where you’ve got an item you bought open in your home and you’re realizing that maybe buying it wasn’t the best idea. With those board games, for example, I often realize that we have quite a few games that we love playing already on our shelves.

My first line of defense against these types of impulsive purchases – the ones where I know I could afford the unnecessary item – is the ten second rule, which I’ve talked about before.

Whenever I’m considering making a purchase of any kind, I simply stop for ten seconds and ask myself whether this is really a worthwhile purchase. Do I actually need this item? Does it cause any sort of fulfillment in my life that isn’t already achieved by the things I currently own? Could I not put the cost of this item to better use?

I don’t watch the clock on this or anything – I just do it for roughly ten seconds or so.

At the end of those ten seconds, if I’m still convinced that making this purchase is the best idea, then I’ll go ahead and buy it without guilt or remorse.

However, I’ve come to find that the ten second rule frees me from making a lot of unnecessary purchases. By facing the doubts I have about the purchase before I make it, I often end up making the right decision rather than a decision that I’ll regret.

Doesn’t this eliminate spontaneity? Sure, it does. However, the only time I really want spontaneity that results in me spending money is when I’m with other people, and when I’m engaging in a social event, I make up my mind how much I’m going to spend on that event before I go. Spontaneity when I’m by myself is mostly just an excuse to spend money on things I don’t really need.

If you’re having trouble keeping control over your impulse spending, try practicing the ten second rule. Whenever you’re tempted, stop for ten seconds and ask yourself whether you’ll regret this purchase in the morning. If you find yourself putting the item back, you’ll end up feeling good about yourself and you’ll still have that money in your pocket.

Loading Disqus Comments ...
Financial
TOOLBOX
Drowning in credit card debt?
Try a Balance Transfer Card
Is your money making money?
Choose a High-Yield Savings Account
Tired of huge interest payments?
Consider Debt Consolidation
Latest from Trent
How to Make Money From Your Hobbies
How Should You Prepare For the End of the CARES Act?
12 Things to Inspire You in July
Read more from Trent
Featured on: