Most Affordable Cities to Retire

Part of retirement planning is the task of picking the perfect destination to settle down for your golden years. Not only does your city/community of choice have to meet your cultural, social, and recreational requirements, it should also be affordable. The Simple Dollar Team has conducted an analysis of over 200 retirement communities across the U.S. to determine the 10 most affordable ones to consider as you think about retirement.

Here are the top 10 most affordable cities to retire in: 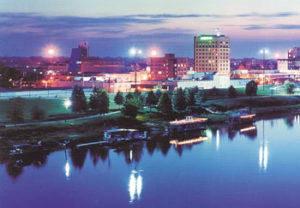 Named one of the “10 Most Affordable U.S. Cities to Retire” by CBS News and one of the “25 Best Places to Retire in 2013” by Forbes, Alexandria has a cost-of-living index score that is 11 points below the national average, making it an ideal Southern city for retirees. The median house price in Alexandria is $124,800, and for those looking to rent, the average rental price of a one-bedroom apartment is $550.
Located along the banks of the Red River, Alexandria has myriad beaches and bayous, as well as access to annual cultural events and festivals. Points of interest include the Alexandria Zoological Park, the Kisatchie National Forest, the Cotile Lake Recreation Area, and the Indian Creek Lake and Recreation Area.

Winston-Salem is a city with plenty to do for active retirees according toCNN Money, who listed it as one of the “25 Best Places to Retire”. The city has a rich cultural scene filled with live music, cinemas, theaters, galleries, museums, and wineries, as well as parks and trails for those fond of the outdoors. Winston-Salem also has two distinguished golf courses, Tanglewood Park and Salem Glen, and has been named by Golf Digest as one of the best cities for golf in America.
The median house price in Winston-Salem is $106,800, and the average rental price for a one-bedroom apartment is $585. The city has a lower cost of living (and index score 14 points below the national average) and home prices, lower taxes, an active arts and sports community, and access to high-quality health care. 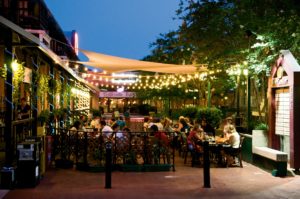 Gainesville is not a typical Florida retirement spot–located over an hour from the beach, the city is not the best choice for those looking to sun-bathe the majority of their time. However, Gainesville is home to the University of Florida and residents of the community are often invited on campus for lectures, seminars, art exhibits, and musical performances. Seniors also have the option to take classes offered exclusively to adults. The city boasts maintaining 37 active parks and a lively downtown area. Best of all, Gainesville is incredibly affordable: the median price of a house is $127,900, the average rental price of a one-bedroom apartment is $679, and the cost-of-living index score in Gainesville is 10 points below the national average. According to the Huffington Post, Gainesville has “a reputation for being an inexpensive lively college town with a Southern charm,” making it a great option for retirees.

According to a report created by BankRate.com and CNN Money, Tennessee is the best state to reitre in due to its abundance of outdoor activities and a low cost of living. Knoxville is no exception to the rule– featured on Forbes’ list of America’s Most Affordable Cities and Best Bang for the Buck Cities, Knoxville has a median house price of $109,200 and an average one-bedroom rental cost of $675, which is significantly lower than the surrounding area and the U.S. as a whole. The cost-of-living index score in Knoxville is about 19 points below the national average.
Home to the University of Tennessee named as one of the South’s Best College Towns by Southern Living, Knoxville has the charm of a small town and the amenities of a big city. Knoxville is not only a haven for football fans, but lovers of the outdoors will appreciate its close proximity to the Great Smoky Mountains. Those seeking urban comforts are not overlooked–Knoxville has various food, music, and cultural festivals that take place throughout the year and appeal to audiences of every age. 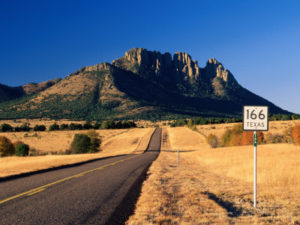 San Angelo has a diversified job base and very low unemployment rate, making it one of the “25 Best Places for a Working Retirement” according to Forbes and an ideal location for retirees that are looking for part-time work. The city is in close proximity to many lakes and the Concho River, as well as the San Angelo State Park, providing outdoor recreational opportunities. San Angelo is also home to Angelo State University, excellent hospitals and healthcare, and many cultural events that take place throughout the year. Listed on AARP’s list of “Most Affordable Retirement Cities,” San Angelo has a cost-of-living index score that is 17 points below the national average, and the median house price in San Angelo is barely over $100,00, with an average apartment rental price of $553.

With a cost-of-living index score 11 points below the national average, it’s no surprise that Syracuse was named as one of the “Top 10 Best Places to Retire on $75 a Day” and one of the “10 Places to Retire on Social Security Alone” by the U.S. News and World Report. Retired renters pay a median of $642 for a one-bedroom apartment and the price of a house for the average retired homeowner is only about $77,200, making mortgage payments incredibly affordable. Although the winter weather is not ideal for many due to the abundant snowfall and strikingly low temperatures, upstate New York is beautiful during the summer and fall, and seniors in Syracuse enjoy comprehensive health care and myriad cultural events, such as the Syracuse International Film Festival, the Taste of Syracuse, Jazz Fest, and Winterfest. 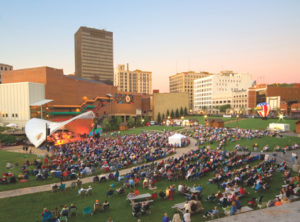 Named twice on Forbes’ list of “America’s Most Affordable Cities” and as one of the “Most Affordable Cities to Buy a Home” by CNN, Akron has a cost-of-living index score 20 points below the national average (the lowest in this list!). Retirees can expect median house prices of about $60,200 and average rental prices of about $577.
Located along the Ohio and Erie Canal, Akron is a central city that is highly accessible. Active seniors will enjoy the Cuyahoga Valley National Park and those seeking cultural activities will enjoy the thriving arts scene and shopping available downtown. During the summers, Akron is also home to the exciting World Golf Championship Bridgestone Invitational and the All-American Soap Box Derby. 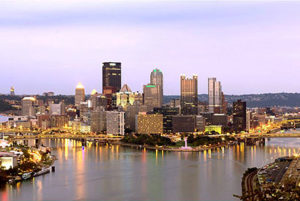 Pittsburgh has been heralded as one of the best places to retire from the Huffington Post, CBS Money Watch, and Forbes, and its easy to see why. The cost-of-living index score in Pittsburgh is about 16 points below the national average–house prices are low, with the median being $76,700, and the average rental price of an apartment is only about $684. Pittsburgh provides seniors with the opportunity to continue their education through a diverse selection of courses and seminars offered by the various institutions located in the city as well as cultural amenities such as the symphony, ballet, opera, and many museums. Lovers of sports also have plenty of top-notch teams to follow, making the Steel City as a great choice for an affordable retirement destination. 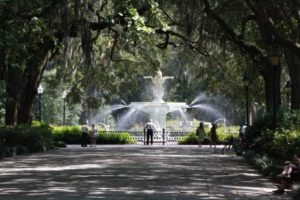 Savannah offers a first-class medical services and a high number of physicians per capita, opportunities for cultural and recreational activities for seniors, and a favorable climate, but that’s not all. The city also boasts a cost-of-living index score 17 points below the national average, with the median house price at about $93,700 and an average rental price at about $733.
Savannah is packed with Southern charm, incredible food, as well as historical sites and museums. Savannah also has ample programming for retirees, including The Club at Senior Citizens, an activity center for seniors that offers a variety of services that ensure the health and social well-being for older adults.

Retirees looking to soak up the sun and enjoy the beach life should look no further than Myrtle Beach, South Carolina. A long-time favorite golf resort, Myrtle Beach is a popular retirement community and has a community that caters to active seniors. The median house price in Myrtle Beach is $102,200 and the average rental price of an apartment is $648, with a cost-of-living index score 13 points below the national average.
Myrtle Beach has the “Grand Strand,” which is one of the world’s longest sections of uninterrupted sandy beach, over 120 golf courses, ample fishing, shopping, and over 1800 restaurants. The city also boasts a new airport, which would allow distant family to visit!
Those seeking a quieter beach town should also look into Sunset Beach, which is conveniently located less than an hour away from Myrtle Beach and has all the natural beauty without the crowds and tourism.

Below is the complete list of the 200 retirement cities and communities we examined.