Best College Towns That Are The Most Affordable

When you choose a college, you aren’t just picking a school, you’re picking a home for the next four years. The town your school is located in can determine a lot of things, including how much money you will ultimately spend. Searching for an affordable college experience can be difficult, and that is why the Simple Dollar team has conducted a thorough analysis of college towns across America to determine the 10 most affordable ones that you may want to keep on your radar. 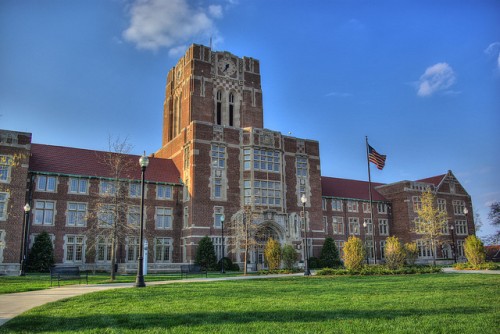 Named as one of the South’s Best College Towns by Southern Living, Knoxville has the charm of a small town and the resources of a big city—along with an incredibly low cost of living. Featured on Forbes’ list of America’s Most Affordable Cities and Best Bang for the Buck Cities, Knoxville has a median one-bedroom rent price of $600, which is significantly lower than the surrounding metro area and the United States as a whole. Non-housing expenses like gas and groceries are about 11% below the national average, making Knoxville’s overall cost of living index score about 19 points below the national average.

Home to the University of Tennessee, Knoxville is a haven for serious football fans. It’s close proximity to the Great Smoky Mountains also makes the city an attractive destination for lovers of the outdoors. Those looking for more urban comforts shouldn’t miss the various music/food/culture festivals that take place throughout the year (Brewer’s Jam, OutDoor KnoxFest, Jazz on the Square…just to name a few!).

A study conducted by the Council for Community and Economic Research named Cookeville the most affordable college town in the United States. With an average cost of a one-bedroom apartment being $634 and a cost-of-living index score of 85, this small town outranked many larger cities with comparably excellent schools.

Cookeville is home to Tennessee Technological University, which is ranked by U.S. News and World Report in the “Top 8 Public Schools in the South” every year from 2007-2012 and named a “Best College Value” by the Princeton Review in 2006 and 2007. Other highlights include a bustling arts scene—with the Appalachian Center for Craft, the newly renovated Cookeville Performing Arts Center, and the Bryan Symphony Orchestra all located in the area. Not huge on the arts? Cookeville also caters to lovers of boating, fishing, hiking, and golf (there are ten championship golf courses located within 35 miles of the town!). 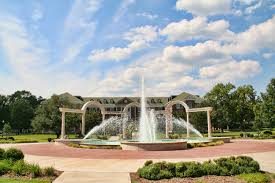 Conway is ranked by Kiplinger as one of the “Best Values for a City” in 2011, by Forbes as one of the “Best Cities for Young Professionals” and one of the “Cheapest Places to Live” in 2011, and by Yahoo! as on the “Top 10 Cheapest Cities in the Country” in 2012. The average cost of a one-bedroom apartment in Conway is $522 (one of the cheapest!) and the city has a cost-of-living index score of 88, which is 12 points lower than the national average.

The three schools in Conway are impressive in their own right:

Being home to three colleges makes Conway a lively location for the theater productions, art exhibits, concerts, and lectures by acclaimed speakers. Toad Suck Park and Lake Conway are popular areas, with excellent fishing and water recreation. Check out the Toad Suck Daze festival in May — it’s the largest and most popular in the state.

Cedar City is proud to house Southern Utah University, which is consistently named by Consumer Digest as one of the best universities in the western USA. It’s also ranked by the Princeton Review as a “Best Value College” and a “Regional Best College,” and listed as one of “America’s 100 Best College Buys.” The city itself ranks well by measures of affordability as well, with a cost-of-living index score 7 points below national average and with the average rent of a one-bedroom apartment at $900 (a bit steep compared to the rest of the list, but not bad nationally!)

Just a couple of hours north of Las Vegas and in close proximity to a number of national park, Cedar City is filled with things to do. Outdoor recreational activities include golf, skiing, and biking (check out the Brian Head Peak Activity Center in the summertime), and the area hosts a number of film, theater, and arts festivals throughout the year, giving Cedar City the epithet “Festival City.”

The University of Florida, a school with over 50,000 students and a 2,000-acre campus is at the epicenter of Gainesville, and with good reason. Residents of Gainesville are invited on campus for lectures, seminars, art exhibits, musical performances, and job fairs. The vast research efforts at the university are creating jobs and a thriving business climate for the city.

Gainesville is more than just the location of the one of most consistently rated top party schools in the country, however. The city boasts maintaining 37 active parks, with ample opportunities to bike, fish, snorkel, camp, and hike. Gainesville’s downtown area is filled with bars, dance clubs, and music venues…all ideal features of a college town. According to the Huffington Post, Gainesville has “a reputation for being an inexpensive, lively college town with a Southern charm.” The average rent of a one-bedroom apartment at $643 a month and the cost-of-living index is score 10 points below the national average. 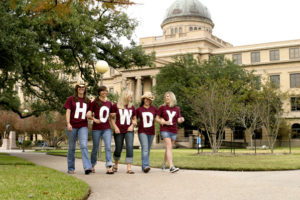 Named by U.S. News and World Report as a “Great Underpriced College Town” and by Forbes as one of the top “20 Best College Towns in America,” College Station (aka “Aggieland”) is another great university location option. The average rent for a one-bedroom apartment in the city center is about $825. Costs lower dramatically if you live just outside the city, with an average rent of a one-bedroom apartment being around $570. Overall, College Station is 6 points below the national average cost-of-living.

The city is home to Texas A&M University, which is consistently listed as a “best value” among the nation’s top 100 public colleges by Kiplinger. It was recently named as a “best buy” in the 2014 edition of the Fiske Guide to Colleges and is ranked third overall in the nation in terms of research capacity. Not to mention, 65.6% of the student body received need-based grants. The school offers a lot more to College Station than just football. The community is invited to attend art exhibits, cultural performances, and lectures given by notable speakers. 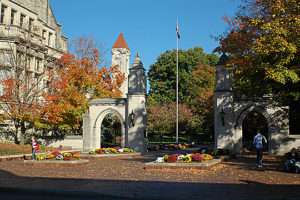 Indiana University, located at the heart of Bloomington, has been named as a “Best College for Value” (Princeton Review), a “Top Public College” and one of the “Top 100 Colleges” (Forbes), as well as the “Hottest Big State School” (News Week Magazine).

The city of Bloomington has also received its fair share of accolades. It was named one of the “Top 10 College Towns” by Livability.com and one of the “Best Small Towns for Food in America” by USA Today. It’s fairly evident that both Bloomington and IU are crowd pleasers. Readers in this crowd will also be pleased to know that the average rent of a one-bedroom apartment in Bloomington is $675, and an average cost-of-living is 2 points below the national average (slightly higher than most others on this list, but well worth it for this town). 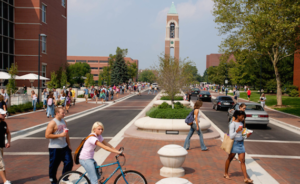 At $491 a month for rent and a cost-of-living index score of a whopping 23 points below the national average, it’s no wonder that Muncie was named Forbes’ “Most Affordable College Town” in 2010. Though this town is small and not as particularly sprawling as some of the others described, it definitely has its highlights. High on that list is being home to Ball State University.
In 2011, U.S. News and World Report ranked Ball State as one of the “Up and Coming” colleges, and the school has been named as one of the “Best Universities in the Midwest” by the Princeton Review for 9 years. Other highlights of Muncie include the downtown district, which features a number of art galleries, a variety of restaurants and coffee shops, and fairly decent nightlife; as well as the city’s festivals and seasonal concerts.

Kalamazoo gained media attention with the Kalamazoo Promise, a pledge by an anonymous group of donors to pay up to 100 percent of tuition to any Michigan State school for graduates of the public school system. This ought to set a bit of context for the city, which is innovative and inexpensive. Kalamazoo, Michigan is breaking social grounds without breaking the bank. The average rent of a one-bedroom apartment in this city is $586, and the cost-of-living is 19 points below the national average. Kalamazoo was named one of the “Best Cities for Cheapskates” by Kiplinger in 2012 and was ranked in the “Top Five Most Affordable College Towns” by Coldwell Banker Real Estate in 2011.

Kalamazoo is home to Western Michigan University, which has been ranked among the top 200 universities in the nation by U.S. News and World Report. It’s also home to Kalamazoo College, which applies a unique approach to secondary education by promotion “learning through experience.” The two colleges also provide a variety of cultural programs and festivals for the city. Other highlights of Kalamazoo include a large music scene (and the first Gibson guitar), eclectic restaurants and breweries, as well as access to Kalamazoo River for recreational water activities. 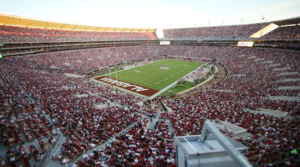 Although Tuscaloosa doesn’t hold as many frugality laurels as some of the other cities on this list, it should nonetheless be considered an excellent option for an affordable college town experience. The average rent of a one-bedroom apartment in Tuscaloosa is $687, with a cost-of-living index score 5 points below the national average. Tuscaloosa offers all the charm and hospitality of a typical Southern town, along with the amenities and options for activity of a bustling city.

The University of Alabama (Roll Tide!), is the leading public university in the state, with an enrollment of over 30,000. This powerhouse of a school makes living in Tuscaloosa consistently exciting. Downtown, there’s University Boulevard (aka “The Strip”), which is the center of student nightlife as well as a variety of places to dine. Those looking more outdoor fun should be sure to check out Moundville Archaeological Park and the cliffs at Lake Tuscaloosa!

Below is the full list of the top 100 college towns and cities. When there are multiple colleges in a city or town, we included the listing more than one time. In total, there are 100 different colleges towns and cities that made our list.