Negative Feelings About Cheap Things (and How to Overcome Them)

A few days ago, I came across this great video from The School of Life. It’s well worth watching:

From the description: In assessing what material things are important and worth paying attention to, we’re oddly prejudiced against cheapness – and frustratingly drawn to the expensive, for reasons that don’t necessarily stand up to examination.

The main point that the video is trying to make is this: We often let the price of something determine the relative value that it has to us. If we see something on the shelf that costs $30 and something that costs $15, we assume that the one costing $30 must somehow be “better” and thus provide more value to us.

On a very basic level, that makes sense. We work hard to earn the money we have. Each dollar represents some amount of time worked, some amount of effort committed.

When we exchange those dollars, we expect that the thing we are getting is a fair exchange for that time and effort we put into earning those dollars. If we use more money, then we expect more value in return for it.

That makes sense on the surface, but the video makes the brilliant point that the prices of things change over time. The video uses the example of the pineapple, which used to cost hundreds of dollars and was treated with reverence because of its relative rarity. Nowadays, pineapple can be had for just a few dollars and is considered pretty ordinary. 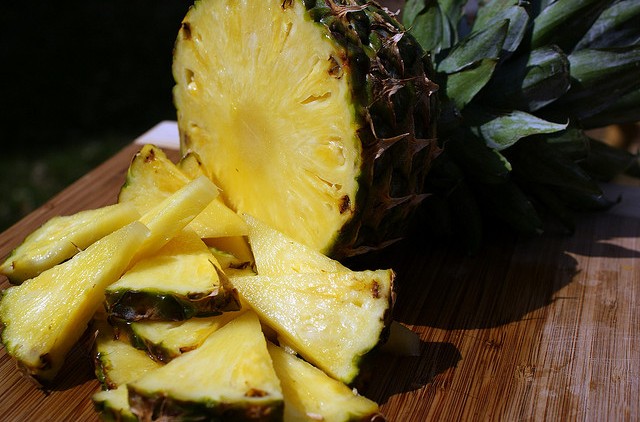 The video goes on to argue that the industrial revolution caused that kind of skewed viewpoint. Prior to the industrial revolution, it was hard to separate the value of an object from its price because there was so much labor that went into producing and transporting a good. Getting a fresh pineapple or a well-made article of clothing in the pre-industrial days was a pretty serious endeavor that resulted in a very high expense for the customer.

I like to give the example of the flatware that Napoleon III used during French state dinners in the 19th century. Most of his guests dined on gold plates, but Napoleon and his most favored guests dined on something far rarer and more valuable – aluminum.

Back then, well-made and valuable items were expensive because they had to be or else it wasn’t worth the effort to make them.

However, humans are smart. We figured out how to make high-quality goods (and how to transport high-quality goods) at cheap prices, and that skewed everything. Things that were once rare and labor-intensive, like a block of Cheddar cheese, are now commonplace and easily found in any supermarket for a pittance. Nothing has changed about the cheese except for the price, but our perception of the value of that cheese has dropped rapidly. You can literally name thousands of things like this.

But then, I watch my five year old playing with his toys. Some of his toys cost very little, while others are quite expensive. He doesn’t care or even really know the difference. Instead, he perceives the value of those toys for what they are. He likes the ones that are fun to play with. He has a few $100 electronic doodads that he ignores while playing with a $1 Hot Wheels car or some sticks he found at the park. Why? Because they’re more fun – they have more value to him.

As adults, it is much harder to look at the actual value of things because we’re so tied to their sticker price, because that represents what it costs us. As I noted above, we’re wired to look at more expensive things as having more value because we’re being asked to exchange more of what we value – our time and money – for it.

In all of this lies a very big key for personal finance success, one that lies at the heart of smart frugality. Why don’t we make a conscious effort to actually give things a proper value based on their usefulness to us, not the price on the package?

I’ll use an example from my own life. I love eating eggs for breakfast. Two scrambled eggs with a bit of ground pepper on top is one of my favorite meals, period. Sure, it costs very little, but for me personally, that simple meal brings a lot of pleasure. It’s a great way to start the day with a big dose of protein and I love the taste and texture of it.

To me personally, the value of two eggs scrambled is pretty high.

So, when I look at other breakfast options, why not just look at them through that lens? “I can get something that really has a lot of value for me for less than a buck, so my breakfast food better be amazing to be worth more than that to me.”

When I look at things that way, I have no interest in paying $6 for a cup of coffee and a muffin for breakfast, because for me personally, that provides less value than those two scrambled eggs. Even if they provided more value to me than the eggs, they’d have to provide several times the value.

Sure, many people might step back and say, “Well, the coffee and the muffin are just better,” and that might be true for them, but is it true because they’re seeing perceived value from a $6 muffin and coffee as being higher than a less-than-$1 scrambled egg breakfast?

In the end, it really comes down to this: if a “cheap” item fulfills my wants and needs and provides value to me, why do I ever need an expensive item? It would need to provide many, many times the value of that cheap item, and if that cheap item already gives me value… it’s pretty hard to argue for changing things.

Of course, there are a few road blocks here, chief among them being situations where you don’t know the relative value of the items.

Let’s say I’m walking into a store with the intent of buying a new set of headphones. I don’t know the first thing about headphones, so I really don’t have too much to base it on.

Because I have such limited information, it is really easy to simply rely on the price as some sort of indicator of the value that the item provides. These $250 Beats headphones must surely provide a much better audio experience than these $10 earbuds and should last much longer, too.

But is that really true? The only real basis I have for this is looking at the prices and looking at the package. I’m allowing the high price to fill in a lot of assumptions for me about the relative quality of the item – and the same is true for the cheap earbuds. I’m inherently assuming that the expensive ones have far higher audio quality and lifespan than the cheap ones.

Not only that, even if the price did indicate relative quality and features of the items, does the additional quality and features of the more expensive item really give me any value? Not necessarily. I want to listen to podcasts when I’m walking. I’m also deaf in one ear and I can’t pick up certain frequencies very well at all. Audio quality really isn’t that big of a deal to me. What I care about is that they’re easily portable and that I can clearly make out spoken words with them, which is true for even the cheapest ear buds.

In this earbud instance and in many others, there is a huge disconnect between the value you actually get from something and the price you pay for it. In our minds, we want to link the two, but there often isn’t much of a link at all. That’s just the Industrial Revolution fooling our minds that still directly relate effort to value (which is sometimes true, but is rarely true in terms of manufactured goods).

Rather than looking for value in expensive stuff, look for value in cheap stuff. Be amazed at how much value you get out of a fork that you can buy for $1 or how many meals you can get out of $5 worth of eggs and vegetables and rice. When you start looking at value that way, expensive things begin to really have to prove themselves to be worth the cost.

Now, if you’ll excuse me, I’m going to go scramble two eggs in a pretty ordinary cast iron skillet and then eat them with a cheap fork from a fairly inexpensive plate. All of those things provide plenty of value to me. Why pay more and own more expensive versions?

Loading Disqus Comments ...
Financial
TOOLBOX
Drowning in credit card debt?
Try a Balance Transfer Card
Is your money making money?
Choose a High-Yield Savings Account
Tired of huge interest payments?
Consider Debt Consolidation
Latest from Trent
8 Important Things To Look at on Your Credit Card Statement
More Than Just Rates: How to Compare Homeowners Insurance Policies
Just Closed On Your First Home? This Is What You Should Do Between Closing and Move-In
Read more from Trent
Featured on: