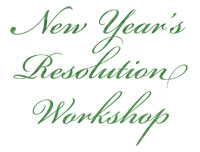 “I resolve to spend less money in 2009.” The money diet, in other words. Many, many people make a resolution similar to this for the coming year – and they usually see some nice success with it over the first month or so.

Then it all falls apart and by the break of spring, the resolution is left in the trash can and the bills are piling up again.

What makes this resolution so hard to keep? It’s the same reason why resolutions related to losing weight tend not to work – they require a significant personal change, and significant personal changes are never easy. Humans are creatures of habit, and most people are quite comfortable with the routines in their life even if they dream of different things. Radically changing those habits will almost always be met with resistance, like a stretching rubber band, and eventually we weaken and our old habits snap right back into place.

So how can a person actually make a “spend less” resolution work? Here are some tactics that are well worth trying.

Instead, think of things this way. What would happen to your life if you didn’t make these changes? Would you eventually lose the things you really value in your life? Would you become a burden on others? Explore those questions carefully.

Likely, you’ll start coming back to some common themes in the answers to those questions. It might be that you’d lose something you dream of – you’d never be able to have that dream house, for example. It might also be that you’re not able to adequately care for something or someone in your life – your children, for example.

Focus on just one aspect of your spending at a time. Much like a diet, many people tend to dive into cutting spending with a short-term religious-like fervor, cutting every dime of frivolous spending.

Much like a diet, this works wonders in the short run. Your spending drops significantly and you feel really good about it. Eventually, though, you begin to feel the resistance – and eventually, you lose your grip and fall back into most of those old routines. Right back where you started.

Instead of attacking fifteen different bad habits at once, though, just focus on one bad spending habit. Do you buy a coffee every morning? Focus on nothing but cutting down (or cutting out) that cost. Do you often stop at your favorite store and spend more than you should? Focus on cutting down on those trips. And let everything else go. Don’t try to make radical changes in other aspects of your life. Just cut down on this one thing.

Watch out for “replacement spending.” When you cut down in one area, it’s often easy for that saved money to pop up in your spending somewhere else. If you stop buying that daily coffee, for example, you might feel okay buying a new book each week, and then you’re right back where you started.

One very effective way to get around this is to adopt two rules: the ten second rule and the thirty day rule.

The ten second rule simply says that any time you pick up an item in a store with the intent to buy it, spend ten seconds asking yourself whether you really need this item. Do you even really want it? Couldn’t you find it cheaper elsewhere? Isn’t there another version that costs less? Why are you really thinking about buying it? Most of the time, you’ll find yourself putting that item back on the shelf.

The thirty day rule simply says that every time you consider a purchase over a certain dollar amount (say, $15), you simply write down the item you were considering and wait thirty days to see if you still want it. If you do, then buy it. Most likely, you’ll either realize you don’t actually want it all that much or you’ll completely forget about it. Either way, it cuts your spending.

Add a new aspect every month or so. So how do you progress from here? Once you’ve created a new spending pattern in your life – say, eliminating the daily coffee run – and haven’t replaced it with anything new, you can select another specific pattern and tackle it. Maybe you eat out too much. Maybe you spend too much on birthday gifts for others instead of thinking of thoughtful but cheaper gifts. Maybe you like to buy clothes a bit too often.

Every month or so, pick a new bad habit and tackle it alone. Use the techniques above – inspiration, the ten second rule, the thirty day rule – to tackle the difficult habit. Eventually, you’ll begin to replace the bad habit with a better one, and then you can move on to yet another habit.

The change will be slow. This method won’t create earth-shattering changes overnight. However, it has a much higher likelihood of slowly bringing dramatic change to your life so that next New Year’s, you aren’t making another tired “I’ll spend less” resolution. Instead, you’ll be celebrating a whole new you.

Loading Disqus Comments ...
Financial
TOOLBOX
Drowning in credit card debt?
Try a Balance Transfer Card
Is your money making money?
Choose a High-Yield Savings Account
Tired of huge interest payments?
Consider Debt Consolidation
Latest from Trent
What To Do With That Last Little Bit Left in the Container
What to Do When the Novelty of Frugality Wears Off
Buying the Best, or Just Good Enough?
Read more from Trent
Featured on: