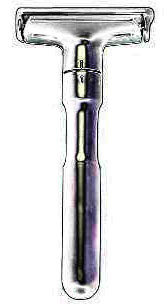 A long time ago, I wrote about the value of personal appearance, arguing that money invested in a nice, clean appearance was worthwhile. However, for many, that seems to conflict greatly with living a frugal lifestyle – how can you spend a lot of money on personal appearance and still maintain some financial standards?

The real key is that putting up a strong personal appearance doesn’t have to cost an arm and a leg, and it starts with one simple rule: cleanliness and crispness is the key to everything else. Bathe daily, use deodorant, and dress in well-made clean clothes, and you’ll be just fine for most things you need to do in life.

Tips for Shaving Money from Your Personal Hygiene Budget

Use a old-fashioned safety razor

I wrote about this in detail in my guide to shaving, but an old-fashioned safety razor with replaceable blades is far less expensive – and does a far better job – than modern disposables and multi-blade cartridge razors. You have to shave a bit differently with them – a very wet face and a shave with the grain – but it gives a tremendously good shave and is very inexpensive to boot.

Dry your razor blades after shaving

Just blot your razor dry with a towel when you’re done with it. Even if you’re using disposables or cartridges, this will extend the life of your blade greatly, enabling several reuses out of it. If you’re using a safety razor, you can literally use the same razor for months. If you blow-dry your hair anyway, you can just stick the razor in the path of some of the warm air to help it dry if you wish.

Soap is the perfect thing to use coupons on. I literally buy whatever is cheapest, and often, thanks to clever coupon stacking and an eye for sales, I can get bars of soap for next to nothing. Over the last year, I’ve used Lever 2000, Zest, SoftScrub for Men, and I’m currently using an Old Spice liquid soap. Why? At different times, I’ve hit sales on these items.

If your skin is oily, use a dedicated soap just for your face, but continue to use the inexpensive soap elsewhere

Get a simple, low-maintenance haircut

Some people feel more confident wearing makeup, and that’s great, but if you’re just doing it because you think you’re supposed to, start cutting down your application and perhaps remove it entirely. It’s expensive and often not entirely necessary – just start cutting down on it and applying a more minimalist look. Better yet, go makeup free – I’ve seen my wife wear makeup about four times ever (and only twice during the whole time we were dating), and I think she looks quite beautiful without it.

Don’t throw away your almost-finished deodorant (yet)

Save several of them, then melt them one at a time in a microwave on high for thirty seconds and pour the melted deodorant into one of the other containers. Just put some paper towels under the ones that you do melt in case there’s spillage in the microwave. It’s an easy way to get what amounts to a free stick of deodorant.

Use very small amounts of aftershave, cologne, or perfume (if you use any at all)

These things are very easy to overdo – and many people who use them overdo it. You should put on an extremely small amount of the stuff. I spritz my hand once from a fair distance away (maybe a foot), then rub that hand on both sides of my neck, and even that is a bit on the strong side. If you do this, the scent is subtle and appealing instead of overbearing – and the cologne/perfume lasts a lot longer, too.