Here’s What Living Cheaply in Another Country Looks Like

American retirees looking for a low cost of living and a comfortable climate are increasingly packing up for cheap, warm countries abroad. Around 615,000 Americans reportedly received their Social Security checks outside the U.S. in early 2015, an increase of 57% since the year 2000.

As Bloomberg notes, a strong dollar — coupled with a decline in other currencies — continues to play a part in the number of Americans who retire on the cheap overseas. In Mexico, for example, a devalued peso has meant lower living expenses for those who reside in the country but continue to bring in American income.

Still, it’s not just retirees who find living abroad appealing — many young people and families are living their lives overseas by choice, too. Some are drawn by the cheaper cost of living and slower pace of life. For others, it’s work, love, or family connections. For Joseph Hogue of PeerFinance101, it’s all of the above.

Hogue moved to the South American country of Colombia in 2006 for work. While there, he met his future wife, fell in love, and settled down. And when he moved back to the United States, she moved with him. But it didn’t last.

“We decided to move back because we were falling into the trap of ‘living to work’ in the States,” Hogue says. “Working long hours to further our careers and not spending the family time that we wanted.”

Hogue says the culture in Colombia is much more “work to live” than anything else, and everything revolves around family. Further, he knew that if he stayed in a traditional job in the States, he would be committing to long days in the office. At the end of the day, that lifestyle wasn’t what he wanted. Plus, he wanted to work less and save more, which is a difficult balance to achieve in the United States, he says.

“Because of the low cost of living in Medellin, Colombia,” Hogue says, “I can make more than enough to support the family while my wife goes to school full time for nursing.”

What Living Cheaply in Another Country Really Looks Like

But what does an overseas budget really look like? To find out, we asked Hogue to create a line-item budget for any average-looking month during 2015. Not only did he outline his average monthly expenses, but he converted them from Colombian pesos to American dollars as well.

Based on a monthly pre-tax income of around $3,250, here’s what living cheaply in Colombia looks like:

As you can see, the Hogues’ biggest savings are in the monthly expenses that are hardest for most Americans to avoid — housing, food costs, day care, and transportation. Hogue says the savings accrued in these categories are partly due to their frugal mindset, but also because Colombia is an inexpensive country to begin with.

For example, the family lives in a middle-class neighborhood called Calasanz, which is just off a major transportation route. Their apartment has three bedrooms, three bathrooms, and room for a housekeeper, but is probably more than they need. 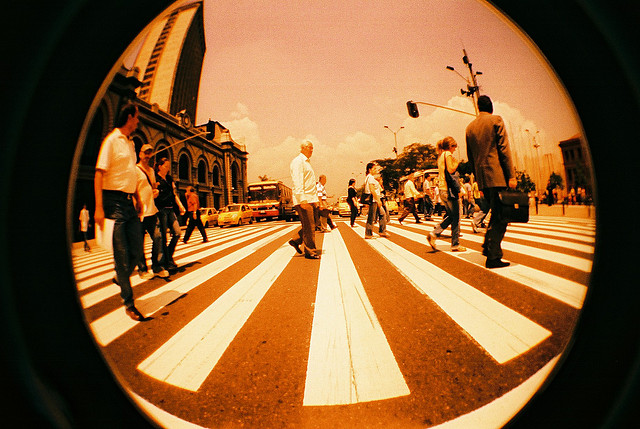 To save money on food, the Hogues say they do most of their shopping at a discount grocery store. “Fruits and vegetables are bought fresh here every few days at a corner store,” he says. “Every few months, we’ll go to PriceMart to get a few things from the States that you can’t find here.” In case you were wondering, that list includes Pop Tarts.

And because they live in an area with ample public transportation, the family doesn’t need a car. That’s a huge savings, says Hogue. “We have an (elevated) train, similar to Chicago, and a huge network of buses. I love not having a car.”

Meanwhile, day care in Colombia is an absolute steal — $65? For the month? With childcare costs in the United States exceeding the cost of a monthly mortgage payment in some cases, that’s hard to believe.

“This is one of the best savings we’ve found compared to the States,” says Hogue. “We were paying $175 a week when we left the United States.”

And before you ask — yes, the Hogues do pay taxes. Since Joseph is self-employed, he pays what he owes quarterly based on his fluctuating income. But since they stash away so much in retirement and earn an average income, he doesn’t owe much, he says.

Living abroad on the cheap works well for the Hogue family. Not only can they save around half their income this way, but they get to live close to his wife’s family and enjoy an ideal lifestyle as well. And the fact that they don’t earn a ton of money means the tax burden many families face from living abroad isn’t much of an issue.

However, that doesn’t mean living abroad is for everyone. Immersing yourself in another culture for a time may sound nice, but leaving the good ol’ U.S.A. for the long run has its risks as well.

Remember, it’s possible to live on half your income in the United States, too, if you put your mind to it. The same rules of frugality apply no matter where you live; it’s up to you to make it work.

Have you considered living or retiring abroad someday?

Loading Disqus Comments ...
Financial
TOOLBOX
Drowning in credit card debt?
Try a Balance Transfer Card
Is your money making money?
Choose a High-Yield Savings Account
Tired of huge interest payments?
Consider Debt Consolidation
Latest from Trent
12 Ways to Watch TV After Cutting Cable
What to Do With That Last Little Bit Left in the Container
What to Do When the Novelty of Frugality Wears Off
Read more from Trent
Featured on: