Saving Pennies or Dollars is a new semi-regular series on The Simple Dollar, inspired by a great discussion on The Simple Dollar’s Facebook page concerning frugal tactics that might not really save that much money. I’m going to take some of the scenarios described by the readers there and try to break down the numbers to see if the savings is really worth the time invested.

Marie writes in: Did you ever do a cost analysis on dishwashers vs. hand washing dishes??? My dishwasher is not functioning properly [I may overstuff the thing] wondered if the old fashioned way is better economically.

This is a really tricky one to quantify, because the real cost in washing dishes comes from the cost of hot water. This is easily the largest cost component of doing a batch of dishes, as one often uses $0.40 or $0.50 of heated water in doing a batch, whether in the dishwasher or in the sink.

If you want to minimize hot water use while handwashing dishes, the way to do it is to fill one basin with hot water and soap, then use cold water to rinse your dishes after they’re scrubbed. This generally uses less hot water than the average dishwasher, but even then, it’s hard to quantify exactly how much.

So, to distinguish between the two, we have to largely ignore water.

What costs are we left with, then? For starters, dishwashers run on electricity. This report estimates that a dishwasher unit uses somewhere around 1.5 kWh on average to run a load of dishes, excluding the costs of the incoming water. That’s a cost of about $0.17 or so in the average American home.

There’s also the startup cost of owning a dishwasher. This, of course, relies on the assumption that a kitchen sink is a “default” piece of equipment in a home and a dishwasher is not, which matches my experience growing up (and my first places where I lived after moving out) quite well.

Since you’re using cleaning supplies in both the sink and the dishwasher, we’ll assume that those are essentially equal, too.

Thus, your total extra cost per dishwasher load of dishes versus doing them by hand is about $0.63. It’s a little bit higher than this if you do dishes by hand by filling up a basin with hot water and using only cold water to rinse the soap from the dishes. 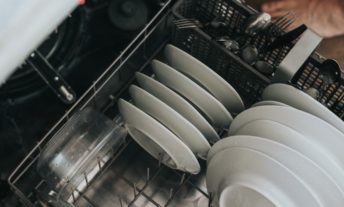 Optimizing Dishwashing for Money and Time 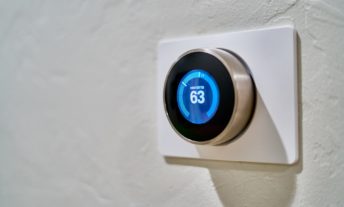 14 Simple Ways to Reduce Your Energy Bills Year Round