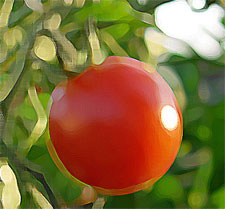 My first living experience on my own was in a college dorm room, where I resided for two years. The cooking equipment there was minimal – I had a dorm fridge, a hot plate, a large pan, two plates, a few forks and spoons, and that was about it. I did whatever dishes I needed to do in the restroom sink on my dorm floor. My first apartment after that wasn’t much better – I shared what amounted to an efficiency with four other people. It was dirt cheap, but it also almost required you to eat out instead of eating inside, meaning that the money saved on cheap housing was somewhat taken away by the cost of eating out consistently.

I made various efforts to cook things, but it was mostly prepackaged and unhealthy fare. My diet often consisted of boxed macaroni and cheese, ramen noodles, Campbell’s Chunky soup, and whatever packaged food was on sale at the store. While such fare is fine on occasion, it’s not exactly the backbone of a healthy diet over the long haul.

Yet I still yearned to eat healthy and to eat cheap at home. I wanted to be able to cook something up in the corner of that apartment while watching a movie with my friends there, spending just $0.50 or so on my own food prep while they spent several dollars on take out. I wanted to be able to make something reasonably healthy and nutritious for just pennies at two in the morning while studying for exams.

Now that I’ve got a better grasp on food preparation, I now see that there were many opportunities to do just that. Here are seven starter ideas for preparing healthy and cheap meals with very little equipment. I’m assuming that all you have are just a tiny fridge, a hot plate that can generate enough heat to cook on, a single pan, a plate, a bowl, eating utensils, a source of water, and a knife to cut with. Nothing else – you could have this equipment in the corner of a dorm room.

Idea #1: Augmentation
As I mentioned above, most prepackaged meals are notoriously unhealthy, but it’s fine to eat them on occasion. One way to mitigate their unhealthiness without making them any harder to prepare is by just augmenting the noodles with something healthy, creating a better tasting and healthier meal.

Take a package of ordinary Ramen noodles. It’s very easy to augment that package with a sliced chicken breast, and the only extra equipment you’d need beyond what you’d need for the noodles is a knife and somewhere to cut the breast. Just cook the breast in whatever pan you have available, flipping it occasionally, until you can slice it and it’s white all the way through, then slice it into small bits and set it aside. Use any remaining liquid in the pan, along with additional water, then make the ramen. At the end, drain off some amount of the water, add the flavoring packet, and add the chopped chicken. This is often enough to stretch the single packet into two meals, and the addition of chicken makes the meal more nutritious and healthy.

You could also do the same by augmenting with fresh vegetables – boil some carrots in water, slice them up, and add them to chicken or beef ramen. Add some broccoli to chicken ramen.

Idea #2: Beans
I’ve written an ode to the bean in the past because it’s so inexpensive and still so delicious. It’s a great source of vegetarian protein and can be the back of many simple meals. Here’s what you need to know.

Prepping the beans Just fill up a pan with water, put in a few handfuls of dry beans, and let it sit there while you go out to classes or to work for a few hours. When you come back, drain off the water and pick out anything that looks unappetizing, then put some fresh water on and boil the beans as per the directions.

Barbecue beans Mix some of your favorite barbecue sauce and part of a chopped onion in with your boiled beans (use pinto or kidney beans). Let it cook for a while on fairly low heat until you’re drooling from the smell, then devour them.

Bean burritos Use the beans (I prefer black beans for this) as the backbone for some burritos. Soft tortillas, lettuce, tomato, salsa, a bit of cheese – and it’s delicious. Not only that, you can save most of this stuff for later and have bean burritos several times.

Tip #1: Ask for a bunch of small Rubbermaid food containers for a gift, then put them to use storing extra food you make (like the extras you’re sure to have from the bean recipes above). Use masking tape and a marker to identify the contents of the container, the date it was prepared, and who prepared it (if you live in a house full of scavengers). Then follow the “three days and out” rule – if it’s more than three days since you prepared it and it’s uneaten, toss it.

Idea #3: Eggs
Eggs are another extremely inexpensive and easy to prepare source of healthy protein. I got in a routine of eating scrambled eggs three or four times a week near the end of my college years, since I could quickly prepare them in a pan and there were so many potential varieties. Here are some concepts to try.

Basic scrambled eggs Crack a few eggs into a pan (without any heat on it yet), then add a small shot of milk to the mixture, a couple dashes of salt, and a dash or two of pepper to taste. Put it over medium heat and continually stir it, pulling the cooking eggs away from the edges, until you have nice fluffy eggs.

Modifications Try putting some salsa right on top of the eggs, or perhaps some chili. Grated cheese is another excellent topping – sprinkle it right into the pan on top of the eggs about a minute before they’re done cooking.

Hard boiled eggs Just put a few eggs in your pan, a big pinch of salt, about half a cap full of vinegar, and then enough water so that it’s slightly deeper than the eggs. Turn up the heat full blast until the water is boiling, then pull the pan off the heat and let it sit there for sixteen minutes. Then dump off the water and add cool water, letting the eggs cool. These are perfect to keep in the fridge and eat as a quick and very healthy snack – less than a dime a pop.

Idea #4: Fruits and Vegetables in Season
Stop by your local grocery store and see what fresh fruits and vegetables are on sale for a low price. Those are the seasonal items, and they’re usually delicious and cheap. Buy some, take them home, and experiment.

Vegetables Many vegetables can be deliciously cooked with a bit of olive oil and a few spices to make a very delicious, simple, and cheap meal. Just search around online for basic preparation of whatever vegetables you may find.

Fruit Almost every fruit can be chopped up and stored in a small container as a perfect snack when you’re hungry. If it’s a cheap vegetable in season, it’s usually a very cheap snack, too.

Tip #2: Get a basic spice rack and experiment with them – a simple, compact spice rack is something perfect to ask for as a gift. Try tarragon in your eggs or rosemary on your chicken breasts or cumin cooked in with your beans. It’s a quick way to make something bland into something quite tasty. Here are the

spices I consider essential in a basic kitchen.

Idea #5: Pasta
You can get a box of dried pasta for just a dollar or two and it’ll provide the backbone for multiple meals. Plus, it’s amazingly easy: just boil it in water with a bit of salt and it’s good to go.

Pasta sauces Naturally, you’ll want some sauce to go along with it. Try just getting cheap cans of tomato sauce, then heating that in a pan after the pasta is done and draining. Add in garlic, rosemary, oregano, and other spices and you can quickly have a great tomato sauce. Toss some of those fresh vegetables in the sauce, too, to make it heartier.

Parmesan cheese Parmesan cheese in a large canister is an essential thing to keep in the fridge. Sprinkle some on top of the tomato sauce from above, or even better, try this. Once the pasta is done draining, toss it with a bit of olive oil and dump a lot of Parmesan in there as you’re tossing it. Delicious and pretty healthy.

Tip #3: You only need one knife for almost everything you might do. Go to a department store and pick out one of their 7″ to 9″ chef’s knifes. Hold it in your hand and pick the one with the grip you like the best. Also, get a honing steel so you can keep the edge on it. This one knife will do all of the cutting you’ll likely do in a kitchen for a long time.

Idea #6: Tuna
Tuna is quite inexpensive and very healthy. I often buy cans of it in bulk and use them slowly over the next few months, mixing the tuna in with other dishes or occasionally centering a meal around it. Here are some tactics.

Tuna stir fry Add tuna in with savory fresh vegetables and cook them all together. I particularly like tuna with onions, garlic, celery, and peas.

Tuna with pasta Tuna is also a great complement to pasta, discussed above. Boil the pasta, then mix some tuna and a bit of olive oil in with the drained pasta, along with a bit of salt and some pepper. Delicious and incredibly simple, plus you can add some vegetables to it, too, if you have any fresh ones on hand.

Tip #4: Go with a friend to a warehouse store and buy the basic items here in bulk. You can get amazing prices if you buy large cylinders of oatmeal, a large pack of small tuna cans, a lot of pasta, or a large quantity of beans all at once. You can even sometimes find rice at a reasonable price, though it’s very expensive compared to where it used to be.

Idea #7: Oatmeal
This may be the most surprising item on the list, but it’s perhaps my favorite of all. Oatmeal can be prepared in countless different ways, and when you buy a large container of it, it’s very cheap, too. I used to eat it for multiple meals a day and I still eat it a few days a week for breakfast. Here are thirty different things you can add to oatmeal to make something delicious – try them individually or in combinations. The last few make for a hearty oatmeal, not sweet at all, and appropriate to eat at dinner.

In short, you can prepare many, many interesting foods at home with just a pan and a hot plate. Experiment a little and surprise yourself!