Seven Signs Your Boyfriend Is Bad With Money 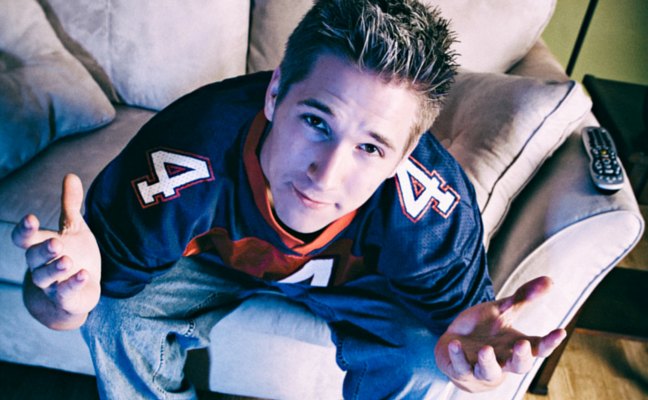 It’s one thing if your partner lives paycheck to paycheck, racks up debt, or finds himself out of work; it’s a bigger problem when he simply doesn’t care.

Financial arguments are some of the most difficult for couples to overcome, according to recent research from Kansas State University. Meanwhile, the top predictor of divorce, by far, is the number and severity of money arguments a couple has during their relationship.

These revelations come from researcher Sonya Britt, the school’s assistant professor of family studies and human services, who conducted a study on 4,500 couples as part of the National Survey of Families and Households. As Britt discovered, arguments over money tend to be more intense than other types, thus harder for couples to move on from. And surprisingly, Britt’s findings also showed that it doesn’t matter how much money couples make; the results stayed the same across the board.

“In the study, we controlled for income, debt, and net worth,” Britt noted in a press release. “Results revealed it didn’t matter how much you made or how much you were worth. Arguments about money are the top predictor for divorce because it happens at all levels.”

The fact that money troubles are the biggest predictor of divorce is pretty bad news for unmarried couples who are already having issues. However, some of the biggest financial red flags aren’t always apparent until you actually get married, combine your finances, and merge your lives into one.

Signs Your Boyfriend Is Awful With Money

That’s why it’s important to gauge your partner’s financial intelligence before you put a ring on it. Fortunately, there are some red flags you can see a mile away if you’re actively looking for them. Here are seven signs your boyfriend (or girlfriend) is seriously bad with money:

When your boyfriend or girlfriend is chronically short on cash, that’s your first red flag. Not only does it signify that they are struggling with a paycheck-to-paycheck lifestyle, but it could mean that they don’t have an emergency fund as well.

Of course, this doesn’t necessarily spell financial disaster. A 2014 study from the Brookings Institute concluded that around one third of American families live paycheck to paycheck, with 66% of those families falling solidly in the middle class.

The key may be figuring out whether he is determined to break the cycle – or perfectly happy to be squeaking by in perpetuity.

If he’s living paycheck to paycheck with a lavish standard of living, that might tell you that he doesn’t see a problem. Meanwhile, if he’s running low on cash while he works toward a better future, that might be perfectly forgivable. It’s up to you to decide.

He Can’t Keep a Job

In a poll of 925 single women conducted by dating service It’s Just Lunch, 75% of women admitted that they had no interest in dating a man who was unemployed. That’s certainly understandable, but what if it’s only temporary? With the job market in a constant state of upheaval, it’s pretty easy to see how an otherwise reliable man or woman could occasionally spend some time bouncing in between jobs.

The real problem occurs when the person you’re dating is chronically unemployed and willing to walk away from the job they have for the smallest of reasons. Since most people would prefer to date and ultimately marry someone who can contribute to the family finances on a regular basis, this is definitely one red flag to watch out for. If he’s unemployed temporarily, let it go. But if he’s unemployed constantly, or worse, not even looking for a job, run and don’t look back.

His Credit is Ruined… and He Doesn’t Care

I once dated a guy who had thousands of dollars in credit card debt that had just made its way to collections. Around the same time I realized this, I also learned that he had inherited an antique car that was worth around $12,000. Seeking a solution, I suggested he sell the car, which was really his only item of value, and pay off his debts once and for all. He balked at the idea. “I’m never selling that car,” he said. “And I’m never paying off those credit cards either.”

This, my friends, is the sign of someone who doesn’t care about their credit – and won’t care about yours either. When you date someone with ruined credit and no motivation to repair it, you’re basically saying that you’ll take responsibility for all financial matters that require a good credit score in the future – whether that’s buying your first house, taking out a loan for the family car, or borrowing money to start your own business.

If your partner is actively trying to repair their credit, then that’s an entirely different story. You can fix bad credit if you work hard enough, but you can’t fix indifference.

He Has a Penchant for Debt

Sure, plenty of people have already ruined their credit, but there’s a flip side to that. An entirely different group of people are deep in debt but perfectly capable of making their enormous monthly payments on time.

Although this problem may not be as easy to spot, it could still pose its own share of problems. For example, what happens when your future spouse is perfectly fine with taking on a $700 car payment? What happens when they think it’s a swell idea to take out a $30,000 loan for a boat? What do you do when they want to take out a mortgage at the very cusp of what you can “afford?”

This is why finding a partner who pays their bills is only half of the battle. If you don’t want to end up working until you’re 80, you also need to weed out those who are willing to live their entire lives in debt. Also important to consider is where you live and how that affects your own liability for your spouse’s debt. If you live in a community property state, for example, most debts incurred by one spouse during the marriage are owed by both of you. Consider yourself warned.

He’s Not Saving for Retirement

If your boyfriend or girlfriend works at a medium-size employer or larger, chances are good that they have a company-sponsored 401k plan, and maybe even a company match. As most of us know, that company match can add up to a whole lot of free money over time, and that’s especially true when you add in the magic of compounding and give it 10, 20, or 30 years to grow.

Unfortunately, some people will never take advantage of this perk, nor will they care to hear about it. As crazy as it sounds, an alarming percentage of people aren’t saving for retirement at all. According to a national poll accompanying Bankrate’s monthly Financial Security Index, a full 36% of Americans fall into that category. Imagine marrying someone only to find out that they had no intention of saving for retirement during their lifetime. How would you handle that?

No matter what, it’s much easier to deal with this situation before you walk down the aisle. If it’s early enough, you can fix it. If he doesn’t want to, you might have to consider what it would really be like to retire alone.

Remember my boyfriend who had debt in collections? Yeah, that one. Unfortunately, that wasn’t his only problem. When we first started dating, I was in awe of his generosity. Not only was he cute, but he was the type of guy who would buy a round of drinks for all his friends at the bar or offer to pick up the dinner tab on a double date.

Of course, that’s all fine and dandy when money isn’t an issue. But I obviously had a different take on his spending once I realized he was deep in debt.

He Can’t Balance his Checkbook

Here’s a funny story – I once knew someone who could not balance his checkbook. No matter how hard he tried, he would constantly overdraw his account for small amounts. In fact, I vividly remember hearing him say he paid a $35 overdraft fee after buying a McDonald’s value meal without checking his account balance first. That’s one expensive cheeseburger.

It’s funny to laugh about it now, but that’s only because it didn’t happen to me. Can you imagine being legally bound to this person?

We all know that balancing a checkbook is simple math. You add in your deposits and subtract your debits; it’s as simple as that. Bouncing checks and overdrawing an account is just a symptom of a bigger problem: the fact that he’s irresponsible. And if you couple up with him for good, you might just find that the bigger issue, his lack of responsibility, carries into other areas of your life as well.

When Your Boyfriend is Bad with Money

Finding out that the one you love is bad with money might be heartbreaking, but don’t despair — at least not yet. It’s possible that his financial problems are simply the result of his lack of financial education, and if you could get him to make some changes, things would be okay.

Some things are easier than others to fix. For example, if he isn’t saving for retirement, he can start today. Or if he has terrible credit, he can work diligently to pay off his debts and get on the right track. Meanwhile, the fact that he’s living paycheck to paycheck shouldn’t necessarily scare you off if it’s for good reason.

The biggest red flag to watch out for is someone who just doesn’t care. Not only is he awful with money, but he has no intention to improve his situation or even try. He’s the one you should watch out for because, with him, your entire life might end up being much more stressful than it needs to be.

Love may be blind, but that doesn’t mean it’s a good idea to turn a blind eye to your partner’s money woes. And the biggest thing to remember is this: When you tie the knot, his problems will be come yours much quicker than you think.

Have you ever broken up with anyone because they were bad with money? What financial red flags caught your attention first?