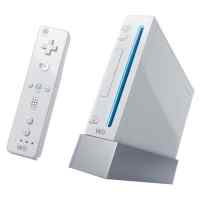 I’m a very strong believer in setting personal marks of success for yourself, something that I’ve used both before and after my financial turnaround. Setting specific goals for yourself and working consistently to meet them fills you with a deep sense of accomplishment in your life.

Before my turnaround, I would set achievement goals in other areas and reward myself for reaching those goals by going on a spending spree. I would just yank a few hundred dollars from my budget and go buy a few boxes of Magic: the Gathering cards or a pile of DVDs or something, rewarding myself for this personal success with all sorts of material rewards.

After my financial turnaround, I didn’t apply the idea of material rewards to my financial goals because I found that setting such goals and meeting them was reward enough. I could look at my bank account and see the reward for being frugal and making good spending choices.

But what about other goals? As I’ve become more financially free and my side businesses have become more successful (especially The Simple Dollar), I’ve begun setting some very lofty personal goals for myself.

For example, each month I will set certain readership goals for The Simple Dollar in order to keep myself focused on writing good, interesting entries and also letting people know about the writing. Some months (like September), I reach my goals – other months (like July), I don’t quite make it. Either way, setting the goals and putting in the legwork to try to achieve the goal keeps me on pace for success.

So here’s the question: if a person sets a challenging personal goal and achieves it, is it appropriate for the person to reward themselves in a material fashion for reaching the goal?

It’s pretty easy to argue against it by saying that the achievement of the goal is a reward in and of itself – and I agree with that sentiment. When I achieve a personal goal, I’m very happy with myself, and it is the success of achieving that goal that fuels me onward. Plus, tying material rewards to personal achievement can very easily lead to encouraging consumerism.

Even given those factors, I still often tie material rewards to financial success, under a few guidelines.

How I Tie Material Rewards to Financial Success

1. I tie the material reward directly to the goal.

I don’t merely go on a shopping spree – I tie the material reward directly to the goal, usually in such a way as to constantly remind me of the personal success. For example, when I hit a goal with The Simple Dollar, I use a specific small fraction of the site’s income for the month on a material item, usually one that I’ve researched over time and planned on purchasing.

Here’s another example. I’m a big believer in preparing healthy foods at home, so I often set goals in terms of meals prepared at home each month. If I’m able to prepare a certain number of meals from scratch (which saves money not only in food costs, but in health costs over the long term), then I usually splurge on some expensive ingredients for meal preparations that I dream about, like fresh swordfish or saffron or fresh mushrooms or grass-fed beef. This increases the cost of a particular meal up into the range of restaurant dining, but I get the aesthetic joy of preparing it myself at home for my family. 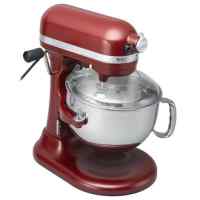 2. I don’t buy frivolous items outside of these “rewards.”

It was because of goal achievement that I bought my Wii (a combination of “splurge” saving and meeting a goal with The Simple Dollar) and my KitchenAid Pro 6 stand mixer (a food goal). Whenever I play a game on my Wii, I reflect on the work I did to get it; whenever I use the stand mixer, it reinforces my desire to cook in the kitchen (and usually results in a loaf of from-scratch bread). All of the “splurge” items I’ve bought over the last several months just reinforce personal goal setting.

3. I don’t set simple goals for myself

In fact, I actually don’t meet most of the goals I set because the challenge level is high. Why set such lofty goals? The biggest reason is that by setting a goal that approaches a sense of impossibility and then reaching it, it becomes a real accomplishment. Also, I set these goals in a way that’s in line with my values – most of them involve cooking, writing, reading, service, and parenting (a parenting example – how many books can I read to my child in a month?). The result is that the goals tie into my values and create a real sense of personal accomplishment and fulfillment when I reach them.

I believe a material reward for achieving a goal is fine as long as that goal is a sincere, challenging one and the reward is a true reflection of the goal. Is the reward an expression of your personal values? Or is it just an excuse for consumerism? Answering that question will point you in the right direction.