Teaching Yourself To Cook At Home

Regular readers of The Simple Dollar know I have a deep passion for preparing my own food. Not only is it less expensive than eating out, I have far more control over what goes in it and I am able to prepare the things I want, not just some choice from a menu.

The biggest challenge I have, and this challenge is shared with a lot of busy people out there, is time. It takes time to learn how to cook, and even when you do know how, it takes time to actually prepare the food as well. For many people, that’s a big threshold to cross, especially when it’s so easy to just pick up something on the way home.

I’m not ashamed to admit I was much the same way. For years, I lived mostly on takeout and fast food, and it wasn’t until I began to build an appreciation for culinary arts that I began to try making things myself. The first things I tried were abject failures, and it all seemed incredibly difficult, but after time that passed and now I’d rather make my own food from basic ingredients (even stuff like pasta) than eat out.

Here are ten big keys I discovered during this transition, and hopefully they will translate to your own kitchen as well.

Ten Tips to Teach Yourself to Cook at Home

1. Commit yourself to doing it regularly

This is the first big step. Make a commitment to prepare all of your dinners at home for one week, then see if you can actually do it. Simply getting yourself in the kitchen with a positive “I can do this” mindset is 80% of the work.

Most kitchens that I visit have tons and tons of cooking tools jammed in the drawers. You don’t need most of this stuff for day to day cooking. Get a big box and toss everything in your drawers into this box. Seriously. Then, when you actually use one of these tools, pull it out and use it, then put that tool in your drawer. You’ll find that in about a month, you’ll have about six to ten tools in your drawer and they’ll take care of 95% of the stuff that you do. Just stick with those in your drawer and only add to that number if you find yourself using something a lot; keep the rest in a box in the pantry or the closet.

3. Minimize your pots and pans

Many people go out and buy a ridiculously overblown set of pots and pans for their kitchen, then overload their cupboards with this stuff. The only problem is that if you buy a set of fourteen pans for $100, you’re not getting a deal – you’re getting a bunch of $7 pans that don’t heat evenly and often are covered with a no-stick substance that comes off after a few uses. Instead, take that cash and

buy two or three top notch pans instead of an army of cheap ones – a sauce pan, a very large frying pan, and a pot big enough to cook soup or a roast in is great for most people. Spend that $100 on just the three pans and you’ll be way better off – plus you don’t have the obstacle of dealing with an army of pans in your cupboard.

4. Get out and measure all of your ingredients before you even start something

Seriously. You’ll find that when you’re in the midst of making something, the last thing you want to do is wash off your hands, get out an ingredient, measure it, then add it to the mix – you’re going to want to just keep going. So just measure out everything in advance. I usually put stuff in bowls and small cups on the table so I can glance and grab what I need at a given point.

5.Get a cook book that teaches technique

I almost exclusively point kitchen novices towards Mark Bittman’s How To Cook Everything This book is basically designed with the busy person learning to cook in mind; it’s loaded with details on preparation, explaining the finer points of almost every common culinary practice. The recipes focus on a merger of simplicity and flavor in an effort to show beginning cooks that it is indeed easy to create something delicious in the kitchen, but the book really shines when demonstrating technique. My genuine advice if you’re starting out in the kitchen is to get this book and use only this book for a while – take the rest of your cookbooks and put them away somewhere else for a bit. When you’re feeling confident about much of the stuff inside, move onto other cookbooks – you’ll suddenly find them easy where they may have been almost overwhelming in the past.

Start off by preparing simpler stuff. For example, if you’re making pasta, start off with a very basic sauce recipe and make sure you’ve got it cold, then move on from there. If you’re making bread, make a few loaves of basic white bread so you know what you’re doing, then try more complicated stuff like a rye-pumpernickel swirl. Trust me on this one – with the bread, I made five loaves of it before I got one that turned out like I wanted. I just kept trying and making adjustments and then finally… fantastic. After that, I knew how to make bread and made a few loaves of excellent white bread before moving on.

7. Try to learn something each time you make something

I even go so far as to try to take some notes each time I prepare a dish, but that’s not necessary. For example, the first time I made a loaf of bread, it turned out very dry and dense. The problem? I let it sit out for far too long and the yeast was basically completely finished before it ever went into the oven. Later on, I would see some loaves coming out very tall, light, and fluffy, while other loaves would be more dense and smaller. The difference? When I prepared the yeast by putting it in warm water, if I stirred that yeast and warm water more until all of the yeast particles were dissolved, the bread rose a lot more – in fact, you can almost see a direct connection between how dissolved the yeast is in warm water compared to how high the bread rises.

8. Make comfort foods at first, safe ones that make you happy and excite your taste buds

If you like Italian, focus on Italian dishes – make some homemade pasta, homemade pasta sauce, and homemade Italian bread. Like steak? Pick up some of your own and experiment with preparation and grilling techniques. Put aside the desire to eat healthy and focus on preparing food that you enjoy eating, so that when you start nailing it (and you will), you’ll know it with your taste buds. When you’ve built up some skill, then focus on options that match the level of healthiness you want.

If a recipe calls for a vegetable, don’t pop open a can. Get the fresh vegetable from your local grocer. The same goes for fruits and other items – the fresh forms of these items just pop with flavor in a certain way that frozen and canned versions do not. Plus, when you use fresh ones, you’re avoiding preservatives and potentially unhealthy packing materials, like the sickeningly sweet high fructose corn syrup that canned fruits come in.

One big part of cooking is the cleanup, and I find it’s always better to just clean things up as soon as possible. If something goes in the oven, I make it a point to have everything cleaned up (or at least in the dishwasher) before it comes out of the oven. Doing this consistently ensures that the kitchen does not become a disaster area, which is often another difficulty that people have when first learning how to cook.

If you follow these ten tips, you’ll find that preparing your own food at home can be much, much easier than you ever thought it could be – and then you’ll discover how much healthier and tastier the food is and how much money it can save. 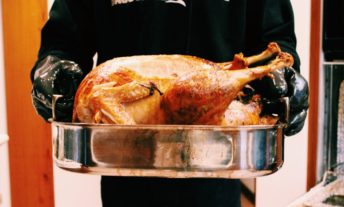 A Guide to Inexpensive Holiday Cooking (and Why You Should Get Started Now!) 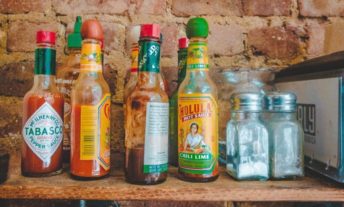 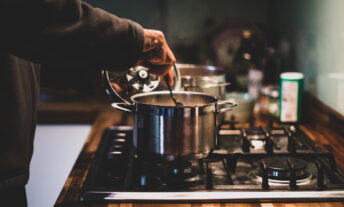