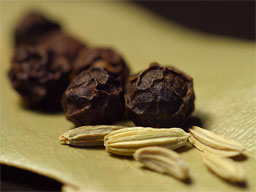 Since many of you will read this post, log off, and go celebrate a nice Fourth of July barbecue with your friends and acquaintances, here are ten frugal tips for making a great grilling experience. All of these either save you money, cost nothing, or cost just pennies, and they all will kick your ordinary barbecue up a notch – or at least create a memorable one – without using “secret recipes” or knowing gourmet tricks.

Ten Tips for a Frugal and Delicious Grilling Experience

Seriously, if you’re grilling, the cheaper meat is better and it saves some cash (the leaner is preferable for cooking it in a frying pan for other purposes). The fat will drip out, sizzle on the burners, and the smoke from that will float back up into the meat. In the end, the burger won’t be much healthier if you start with 97% lean meat versus 75% lean if you grill the meat and allow the fat to melt and drip out of the burger.

2. Add milk to your hamburger meat.

Just a half cup per pound or so, before you form the meat into patties. I make them about three quarters of an inch thick (two centimeters or so) and put them on the grill for about six minutes on one side, then four minutes on another for medium and about seven or so for well done.

3. Thousand island dressing is a spectacular cheap marinade for pork.

Take any pork that you may be grilling (pork chops, pork loins, etc.) and just soak them in thousand island dressing for a few hours. No need to shell out cash for expensive marinade – a good batch of dressing will do the trick.

Many people also enjoy grilling boneless skinless chicken breasts, but quite often they take them right out of the package, put on some sort of flavoring, and toss them on the grill. Instead of doing that, take a few minutes and flatten the chicken. Just use a small frying pan or a rolling pin (no need for a meat mallet) and bash the chicken breast until it is roughly the same thickness all over. It will cook much more evenly and be quite flavorful when finished.

Get a baking dish, some leftover red wine (please, please don’t tell me you throw out the remnants of a bottle of red wine … it’s nirvana in the kitchen. We actually save leftover red wines in a jar where we just mix them together for cooking purposes.), some olive oil, and some pepper. Put the steaks in the baking dish, then pour in red wine until most of the steak is covered but the top is still free. Spread olive oil on the top of the steak, then sprinkle on the pepper. Let it sit for half an hour. Flip the steaks over, olive oil on this side, then pepper. Let it sit for another half an hour. Grill. Amazing.

6. Don’t maximize your heat – instead, cook the meat longer.

Indirect heat is almost always the best way to cook meat (with the exception of hamburgers). You can get indirect heat on a gas grill by having one of the burners on medium and another one on low; put the meat over the low heat one. Instead of just turbocharging through the cooking, let the meat slowly grill – this really brings out the flavor and it uses about the same amount of propane as turning everything up on high and cooking faster. It also prevents loss of moisture – if you cook over high heat, you have to flip the meat constantly. If you’re cooking bratwurst or other sausages, never use direct heat.

If you’re opening your grill more often than every four minutes or so, you’re likely opening it too often and impeding the meat from cooking all the way through. Trust the recipe and the clock and just leave the meat alone. Not only that, leaving the top closed will allow the meat to cook a bit faster, saving you on propane and/or charcoal expenses.

Vegetables are a delicious and inexpensive side dish that can be grilled wonderfully as well. Get some skewers, cut your favorite vegetables into smaller pieces, and skewer them, leaving about three quarters of an inch between pieces. I particularly like red peppers, tomatoes, red onions, zucchini, and cucumbers done this way. If you want to jazz them up a bit, dip the vegetable pieces in a mix of olive oil, balsamic vinegar, salt, black pepper, and dill. Toss the skewers on the grill and cook them for about six minutes on indirect heat, turning about halfway through. This is a very inexpensive and easy way to add to your barbecue meal.

9. Use a turkey baster on your steak.

If you see juice pooled up on top just as you are about to flip the steak, use a turkey baster and pull that juice off before you flip, then pour it on the other side right after you flip it. Works like a charm to make juicy steaks.

10. Don’t poke holes in your sausage or bratwurst.

If you cook them on indirect heat (as described above), the casings won’t split open on you, so the flavor stays inside where you want it to be.

Who wants to invite me to their next barbecue?