Sometimes, free wifi can be a lifesaver.

Imagine you’re in an unfamiliar location and you have a smartphone or a tablet but you don’t have a data plan (or you’ve already used up much of or all of your data limit for the month, or you don’t have a good signal). You need to get directions or find some important information. Where can you find free wifi? Also, how can you use it safely?

How to use public wifi safely

Let’s start with the basics: Public wifi is pretty insecure. A clever hacker can easily look at your data if you’re using a public wifi point. Fortunately, there are a few steps you can take to make things much safer.

When visiting a website on a public wifi point, make sure you’re using HTTPS. Look at the URL of the website and make sure that the first five characters are https. This means that the connection between you and that server is secure and encrypted. Obviously, if you’re just reading a fun website, it doesn’t matter too much, but if you’re giving any sort of information about yourself, make sure it’s an https connection.

If at all possible, don’t use any important logins or passwords or credit card numbers over public wifi. Don’t log into your bank accounts just because it’s convenient. Avoid online shopping until you’re at home.

Consider using a secure web browser like Brave. Brave is designed from the ground up to provide maximum web browsing security while maintaining ease of use. This is particularly good if you’re using public wifi. In addition, many web browsers have a “private browsing” mode which offers many of the same features as Brave.

Finally, although this isn’t a free option, consider getting a VPN if you use public wifi very often. A VPN is a “virtual private network,” which you connect to immediately after logging onto a public wifi point. It provides a secure, encrypted connection to everything you might want to do online. During periods when I consistently worked in public places, I use Express VPN for this purpose, as it is relatively inexpensive, very secure and very easy to use.

Here are 10 national chains that offer free wifi, along with some notes on usage. In most cases, you’re expected to make a purchase to use their wifi, so here are tips on using wifi at these businesses along with inexpensive purchases to make.

Locations: 32,000 worldwide
Like most coffee shops, Starbucks has pretty fast wifi, but you are competing with people who linger there to work. Thus, Starbucks is a really great choice during off-peak hours, like the afternoon. The least expensive item on the regular menu is a tall black coffee, which registers around $2 depending on location, though some locations may have small food items for less (such as a string cheese).

Locations: 41,000 worldwide
Most Subway locations have free wifi, but it’s not quite universal. However, Subway tends to have locations in smaller towns where there are no other chains (just by sheer number of locations), so they’re great to check if you’re in a more rural area. At most Subways, the cheapest item on the menu is the small fountain drink. For food, look for a cookie or a bag of chips, or if you want a sandwich, the 6″ Veggie Delite or Cold Cut Combo are usually the least expensive options.

Locations: 40,000 worldwide
The wifi at McDonalds is usually very speedy when there aren’t many people in the restaurant, and is often still pretty fast even with crowds. It’s a great choice in a smaller town where there aren’t many options. With McDonalds, the cheapest item is almost always on the $1 $2 $3 Menu, which features at least a few items for $1, giving you something to drink or munch on while using the wifi as a paying customer.

Locations: 11,500 worldwide
Most Walmarts have seating just inside the front door and have strong wifi signals from there. Their wifi is reserved for paying customers, but checkout lanes tend to have very inexpensive items. Many communities also have a Target, which also offers free wifi.

Locations: 2,900 worldwide
In the United States, different grocery store chains are dominant in different regions, but Kroger has the most stores in the U.S. and can be found in a lot of markets. They tend to have seating just inside the front door. As with Target and Walmart, their wifi is reserved for customers, though checkout lanes usually have very inexpensive items.

Locations: 25,000 worldwide
As with most fast food locations with free wifi, KFC tends to offer good internet speed during times with few customers, but it can get slow when there are a lot of customers in the store. The cheapest items on the menu are the a la carte chicken items or a two-pack of biscuits, each of which register well under $2.

Locations: 7,000 worldwide
Taco Bell typically has fairly fast wifi any time of the day. Taco Bell also has an abundant dollar menu, with lots of items available for $1 so that you can have a quick bite as a paying customer while using their wifi.

Locations: 11,000 worldwide
Dunkin’ has the same issue that many coffee shops have when it comes to wifi — people like to linger there and work. While their wifi is quite fast, there are usually more people using it for longer, so it’s a great choice during the afternoon. The prices for a single low-cost item are great, as they always have a huge variety of doughnuts for $0.99.

Locations: 18,000 worldwide
Burger King wifi tends to be relatively slow but consistent, in that it’s usually at least usable even during peak hours. Consider Burger King as an option if you need wifi during a lunch rush, for example. Burger King’s Value Menu offers many options for $1, including sandwiches and ice cream.

Locations: 6,500 worldwide
Wendy’s wifi is much like Burger King — very consistent, but on the slow end. One big advantage of Wendy’s is a surprisingly varied dollar menu, enabling a lot of food and drink choices for just $1 while you’re using the internet there.

Many community institutions offer free wifi without any need to be a paying customer. These tend to be great choices in smaller towns or when you can’t afford (or don’t want to) make a small purchase, or when you’re traveling.

Locations: 230,000 worldwide
If there’s a free location in your town that you can almost bet on having good, free wifi, it’s the local library. This is the voice of experience — I have used countless public libraries as workspaces over the years. Libraries offer a ton of free services that are often overlooked in the hustle and bustle of everyday life.

Locations: 200,000 worldwide
Almost every city and town has a city hall, and most of them offer free wifi. Many of them are password protected, but the password is posted for easy use. The disadvantage of city hall is that seating is sometimes limited — you’re usually grabbing a bench somewhere.

Locations: 100,000+ worldwide
In most larger cities, train stations and subway stations offer solid wifi service, and some cities and train services even offer free wifi on the trains and subway cars themselves. If you’re already using these services to get around town or move from city to city, this is a wonderful option.

Locations: Unknown, but many
Almost any sufficiently large city or small town with tourists will have a visitor center, and that center will typically have good wifi service. This is a great place to stop if you’re unfamiliar with a town, as not only can you use the wifi, you can get personalized information about the area.

Locations: 18,000 worldwide
If you’re flying, airports not only offer great wifi but a wide range of additional free and low-cost services. It can be useful to show up well before your flight to use the free wifi before you travel.

In almost every community, you can find a source for free wifi that can help you access the information you need. When using free wifi, be sure to utilize the security tips noted above and especially be careful about sharing any sort of personal or financial information. 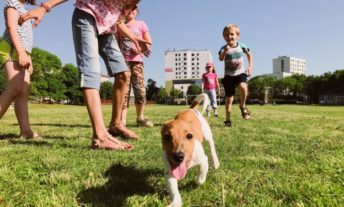 100 Free, Fun Things To Do This Weekend 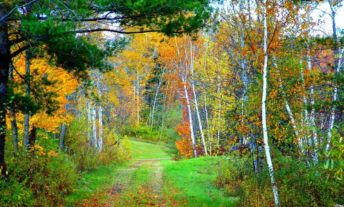