This is the final entry in a short summer series covering smart strategies for using leftover staple foods – things like rice, beans, pasta, and so on. Here’s what you do when you cook a bit too much and don’t know what to do with the rest!

Before we dig into techniques for using leftover sweet corn, let’s look back at the earlier entries in this series:

Today, we’re going to cap off the series by talking about an incredibly familiar summer staple for anyone who grew up in the Midwest: sweet corn.

Throughout many Midwest states, the summer roadside sweet corn stand is simply a part of the landscape in July and August. During a good summer with a bumper crop, it’s easy to get absurd amounts of sweet corn for just a few dollars; similarly, those who grow their own will sometimes wind up with a crazy bumper crop of sweet corn.

This can cause people to find themselves with a ton of sweet corn on their kitchen table – and that often leads to the dual problem of simply having too much corn on hand and cooking too much sweet corn for meals.

What can you do with all of that sweet corn? Thankfully, sweet corn happens to be one of the most versatile foods on earth. Here are 10 options that we use.

Freeze it! There are few things better than taking sweet corn kernels, cut freshly from a cob in the summer, and freezing them for use on a cold winter day.

There are a number of ways to do this. You can simply shuck whole ears, put them in freezer bags, and remove the excess air. You can cut the kernels off of an uncooked ear and save them. Or you can cook the ears first, then cut off the kernels. (Just be sure to note whether the kernels are cooked or not.) In general, if I have some extra space when cooking corn, I’ll cook a few extra ears, cut off the kernels after cooking, and freeze them, because it’s easier to use them later, but uncooked kernels also work just fine!

Of course, you can just make a corn-focused salsa instead of just adding some kernels to another salsa recipe. I swear by this Food Network corn salsa recipe, only varying the poblano pepper depending on the amount of heat that I want (I’ll substitute in hotter peppers if I want more heat), and I actually like to use grilled corn in this rather than boiled corn, but either one actually works. It’s a great way to use a few extra ears, as you can cook them along with the ears you’ll eat for dinner.

Make soup! There are many, many, many soups and chowders that work wonderfully with fresh sweet corn. You can definitely add sweet corn to lots of different soups, from vegetable beef soup to barley soup, from chili to clam chowder. It all works.

Of course, you can make a mean corn chowder, too. I like this corn chowder recipe from Food & Wine; it’s quite easy and tastes amazing on an autumn day. It’s a great way to use corn kernels that you froze in July or August using the above freezing strategy.

Make tacos!? Yep, I’ll often use leftover kernels as an addition to taco night. I’ll season them with just a bit of chili powder and serve them in a bowl with all of the other taco ingredients.

It’s easy – just cook a couple ears of corn as normal, then cut the kernels off the ear as normal. You can save the kernels in the fridge for a few days, but when you’re ready to use them, mix them with a bit of seasoning (a dash of chili powder is great) and heat them up. They make for a great taco addition.

Make fritters! Corn fritters make for a wonderful finger food that really reminds me of home. They’re incredibly easy to make, too, if you have a fryer available.

I like this basic recipe from AllRecipes for corn fritters. It’s simple and straightforward and results in a nice golden corn fritter when you’re done. Obviously, when you substitute fresh leftover sweet corn for the canned corn in the recipe, the fritters just pop!

Make succotash! Succotash is just a mix of corn, tomatoes, onions, and lima beans with some seasonings. You simply cook those things together in a skillet and add some thyme, garlic, dill, and chives, along with some butter. It works as a great side dish with chicken, for example.

If you want a formal recipe, here’s MyRecipe’s take on succotash, but this is honestly a “throw it together with what you have on hand” type of dish, at least in my experience. If you have lots of corn, make it corn heavy; if you have lots of tomatoes, some extra tomatoes aren’t going to hurt. It’s the unique blend of flavors that makes succotash work.

Make cornbread! Yes, cornbread is actually made from corn meal, not kernels of sweet corn. However, sweet corn kernels are a magnificent addition to cornbread!

Just take your favorite corn bread mix or cornbread recipe and add half a cup of cooked sweet corn kernels right into the mix, then cook as normal (adding perhaps a minute or two to the baking). You’ll end up with a wonderful texture to the cornbread with bursts of flavor throughout!

Make pancakes! Believe it or not, sweet corn makes a wonderful addition to pancakes. When you slather them with maple syrup, the little sweetness and the texture addition that sweet corn kernels give to the cakes is something well worth savoring.

Just make pancakes as you normally would, but simply add a cup of kernels to every three to four cups of batter. This will stretch the batter a bit, enabling you to make more pancakes while also providing this unique flavor and texture.

My favorite corn-focused salad is this corn and tomato salad from Food Network. It’s what it sounds like – fresh corn kernels, cherry or grape tomatoes, plus some mozzarella, some olive oil, some vinegar, basil, scallions, and a bit of black pepper. Delicious!

Make a casserole! There are many, many casserole recipes that use fresh sweet corn kernels. Some serve as wonderful side dishes, while others work as main courses on their own.

I’ll mention two that I particularly love. I quite like this corn and bean enchilada casserole, made with fresh ingredients such as fresh corn kernels and beans. Similarly, one of my favorite comfort foods is this cheddar corn casserole, which uses ample amounts of cheddar cheese as a wonderful pairing with the sweet corn kernels. These are just two options – there are many, many more.

What’s the take-home message? Don’t think of that abundance of sweet corn as something you must eat on the cob right now. There are many, many other things you can do with it – you can simply freeze it for later, for starters, or you can use it in a wide variety of sweet and savory dishes. 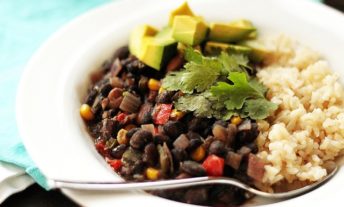 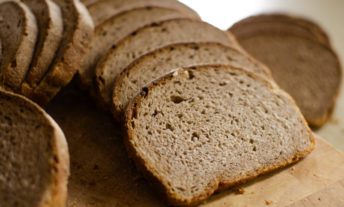