The City Versus Rural Debate: Which Is The Better Place To Live? 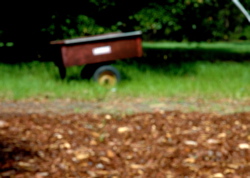 That’s not to say that I think city living is foolish – there are many benefits to living in a city that simply aren’t available in a rural area. The difference is priorities – which aspects of life are most important to you? The answer isn’t the same for everyone.

Earlier this week, when we looked at Kathy’s decision to move away from Washington D.C., it was clear that Kathy was ready for a change from her urban environment – and that’s a great thing to have really figured out what you want. She just needed a bit of encouragement.

Having said that, I tried to build a list of the most positive aspects of both urban and rural life, based on the aspects of each that I find most appealing. I’m quite sure the readers will throw in a lot more factors for each side.

One key thing: if you’re feeling unhappy with your environs, think of making a change. Read through this list and ask yourself which factors are most important to you. They’ll likely point you one way or another, either towards appreciating what you have now or encouraging you to make a move.

So, let’s get started.

Public transportation One of the biggest leashes around my neck is the requirement of owning a car to get anywhere. For example, I do not have a grocery store of any kind within walking distance of my house. The ability to just walk and use public transportation to get where you want to go is invaluable.

Cultural life If you value going to diverse concerts, attending art galleries on a very regular basis, and other such cultural trappings, city life is for you. I enjoy galleries, but I’m fine with just visiting two or three on a vacation. I do regret the lack of top-shelf concerts in Iowa, but it’s not quite as bad as it sounds – I did get to see Prince.

Diversity You get to meet a huge variety of people on a daily basis. Although it’s not a whitewash, most of the interior of the country is not incredibly diverse with the exception of the college towns. In smaller towns in particular, if you just glance at the surface, you’ll not see a wide diversity of opinion (it’s there, but not obvious).

Enough said. I could go on and on about the inexpensiveness of the housing market, the fact that lower salaries means less of your money goes to the government, and so on. The difference is huge.

Space and nature From my house, I have cornfields directly to the west, a large wooded area to the northwest, a giant park several hundred feet due east, and there’s enough space between the houses in my area that kids play sports games between houses, let alone in their own backyard. I’m close to nature – it’s right out my back door – and I have plenty of room to do whatever I wish. The air is clean and never smoggy, and I can literally sit on my back porch with the lights off and see the Milky Way at night. All this and the low cost of living – I own this 2,000+ square foot house for less than $180K.

Independence In rural areas, you’re generally left alone to do whatever you want. There’s a strong libertarian streak in almost every rural area I’ve lived in. I have a giant compost bin in the back yard full of rotting material that I intend to put on my garden. I have the room to do this and the people that live near me don’t care too much.

Community At the same time, I’ve only lived in my current house for about three months and I already know about one hundred people on my block, many of them well enough that I talk to them several times a week. If I ever need something in a pinch, anything from a tool to a cup of sugar to a helping hand, I can practically just shout out what I need from the driveway and someone will help.

Hopefully, you can sit back, compare these lists (and the ideas that readers offer), and figure out for yourself which side of the fence appeals to you more. If you’re living on one side and you yearn strongly for the other situation, make the move. You’ll never regret it.