Last October, I decided I needed a new challenge. I’ve always been interested in trying new things to save money or improve my health, whether it’s eating an all-potato diet or taking freezing cold showers. So, what would be next?

I took a few minutes to think about what I could try that might boost my energy, save me money, and give me a sense of accomplishment.

Helped along by a pounding hangover that made my brain feel like it was being sauteed in hot oil, I decided to give up alcohol for three months.

I became a casual drinker 10 years ago, and I’d never really stopped. What would happen if I took a prolonged break? I got up, chugged 30 ounces of water, and set about life as a sober person.

Living in New York City as a 30-year-old and not drinking is like living on the Las Vegas Strip and never gambling. My social life has always been heavy on post-work beers, drinks at the bar on Saturday, and even the occasional boozy brunch. I have exactly zero friends who don’t drink on at least a weekly basis.

To be clear, I’m not judging that lifestyle. It’s hugely important to socialize with friends, and some of my fondest memories are having deep heart-to-hearts with buddies over a couple of craft IPAs. There are even studies that show that a drink or two per night can be good for your heart. I’m just pointing out that I was surrounded by temptation on a daily basis, and I didn’t even realize the extent of it until I decided to dial back my drinking.

Beyond switching up so many of my regular social routines, I had the upcoming holidays to reckon with. Thanksgiving, Christmas, and New Year’s have traditionally been a time where I indulged freely and regularly in all manner of alcohol. It would be challenging not to share some beers with family before carving up the turkey.

To start, I became more selective about the social events I attended. I didn’t turn into a hermit, but I avoided situations where I would be extremely tempted to loosen up with a cold, adult beverage. Being a natural introvert, this was the easiest part of the whole endeavor.

If an event was truly important to me, my wife, or my job, I attended. If not, I didn’t. Simple as that.

When I did make it out, I found comfort in drinking copious amounts of sparkling water. With a fizzy beverage in my hand, there was a lower chance that someone would offer me a drink or ask why I wasn’t drinking. As a bonus, it gave me something to do with my hands, kept me hydrated, and even provided some of that burning mouth feel you get from alcohol. The folks over at the sub-reddit “r/stopdrinking” tend to worship LaCroix sparkling water, and I don’t blame them. I drank roughly 75 cans off the stuff on Christmas day.

I dealt with the dreaded “why aren’t you drinking” question by being honest. I said I was doing a challenge. Rather than badger and peer pressure me, my friends and family seemed to think it was cool and impressive. That’s reason number 3,984 why I don’t miss being in college.

Meditation and exercise also took on a greater appeal during the experiment. Both activities can increase feelings of ease, calm, and happiness. The endorphin rush from a hard workout was more than an ample substitute for the warm and fuzzies I get from having a couple drinks.

Also, in the early stages of the experiment, I found comfort in reading about people’s stories of overcoming addiction. That might sound extreme, considering I wasn’t an addict, but just trust me that it helps. When you read something like “The Night of the Gun,” which is the story of a former New York Times reporter who got addicted to drugs and alcohol, you get a true feeling for the horrors that substance abuse can inflict. You are not excited to go out boozing after digesting a story like that.

I’ve got to start with the obvious: the savings. New York is expensive in every way you can imagine, and alcohol is no exception. Recent surveys put it as the fourth most expensive city in the world to buy a beer.

That’s not even counting that drinking less means fewer Uber rides (which get pricey) and fewer drunken stops to buy a $15 pizza at the end of the night. Cutting out late night junk food was a boon for my wallet and my diet.

I also got a serious boost in sleep quality. I use a Fitbit and other tools to track my sleep, so I have the stats to back this up: My total hours asleep, amount of REM sleep, and amount of deep sleep all went up by at least 15% during the experiment.

The difference in sleep before vs. during my no-drinking experiment is clearest when looking at two different nights of sleep. On the night I took my last drink, here were my numbers: 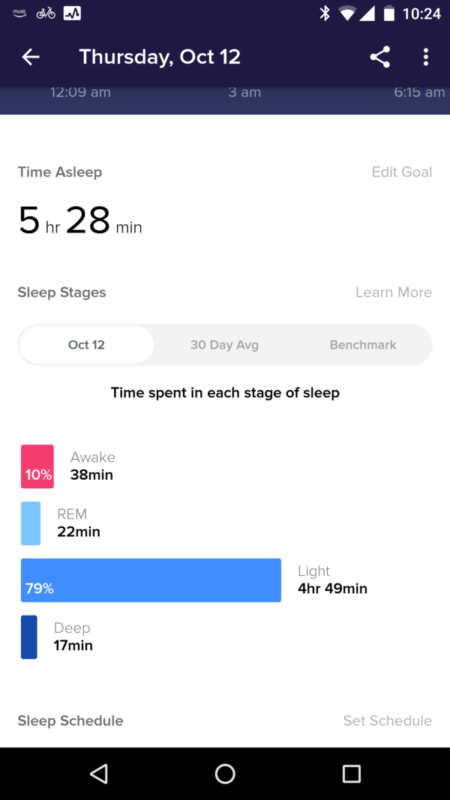 Yikes. You’d have thought I was drunk and I was being woken up by newborn babies all night. The goal is always to get at least 8.5 hours of rest and to have those REM and deep sleep numbers in the 15% to 25% range.

Then, on New Year’s Eve, a normally boozy night, I stayed sober and got the following stats: 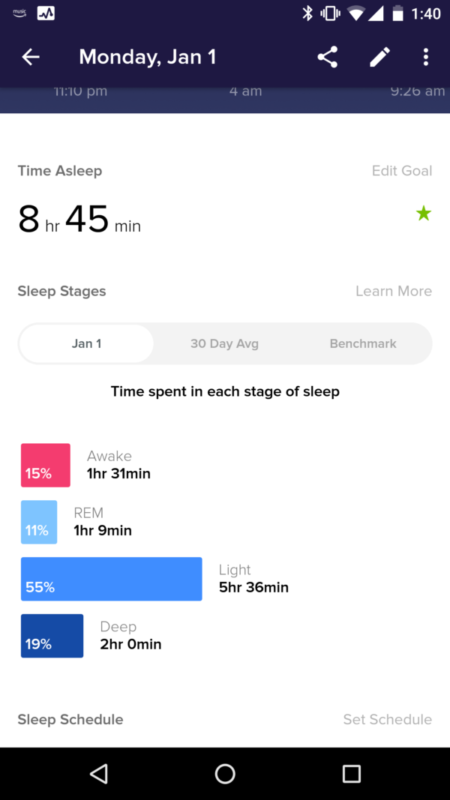 Unsurprisingly, you feel amazing the following day when your sleep numbers look like that.

The improvement in sleep quality was most noticeable, surprisingly, in the afternoons. I didn’t crave naps and I didn’t feel like my brain was stuck in first gear after lunch. I had a smoother, more consistent energy when I wasn’t suppressing my REM sleep and waking up throughout the night to use the restroom.

Better sleep also meant I drank less coffee in general, and fewer splurges on Starbucks and the like when I was feeling lazy. So, more money saved.

Another huge benefit was that I got a consistent dopamine hit, and a sense of deep accomplishment, every time I was put in a situation where I would normally drink and resisted. I’d be oh so tempted, yet I’d stay strong. I even got a little mental boost when, during the middle of the day, I’d start to have doubts: “Maybe I’ll cut this thing short tonight. It’s already been six weeks! And it’s Ron’s birthday party!” Then I’d have a little internal tussle and resolve to finish what I had started. Mentally, it was as rewarding as finishing a tough workout.

These little wins built on themselves, and I felt like I got much stronger and more confident in my ability to stay sober as the experiment went on.

I understand that this runs contradictory to the popular idea of how willpower works. There’s a body of literature suggesting that the more decisions you have to make per day, the more you experience “decision fatigue” — the buildup of which results in poorer decision making as the day goes on.

For me, it doesn’t always work like that. If I consistently make difficult choices that result in an improved quality of life, I can sense my willpower getting stronger. I view willpower as a muscle that gains strength the more it is used, as opposed to one that gets weaker with each decision. I find that it’s beneficial to use this mental framing despite the fact that behavioral psychologists might say I’m flat wrong. Your mileage may vary, so it’s still best to simply avoid temptations if decision fatigue is negatively affecting your life.

As for handling myself in social situations, I learned that I can have tons of fun without drinking. I even danced at a company holiday party, fueled by nothing more than cupcakes and lemon water. I would have considered that unthinkable a few months ago.

I was also able to continue having deep, engaging conversations with my buddies, something I was worried would be more difficult without the loosening effects of alcohol. As it turns out, coffee can do the job just fine.

Entering into this experiment, I was nervous. Drinking alcohol was a deeply ingrained part of my life.

Now, I realize my fears were way overblown. Holidays, social events, and parties are fun because you get to spend time around people you care about, not because they’re excuses to get plastered. If anything, I liked the fact I was fully in control of my faculties at all times, as it allowed me to stay in the present and enjoy the moment.

I will definitely be doing less drinking going forward, and I might even cut it out altogether. For me, it’s a life hack that requires no purchases, improves my health, and saves me money.

If you get headaches, it’s especially worth a try. I used to get them after I drank, and it was amazing to not have a single one over the past three months.

Best of luck if you try something similar, and remember — stock up on fizzy water!