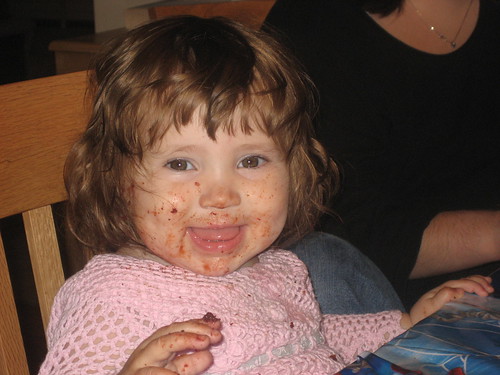 We have little kids. Kids are messy. Our daughter spills milk or juice on almost a nightly basis. Our son, who’s a bit older, doesn’t make messes as often, but when he does, they tend to be even more disastrous, such as a full jar of salsa knocked off the counter and shattered all over the floor.

For years, our solution to this problem has been a big roll of paper towels. It’s simply what we’re familiar with and, like many simple and familiar things in life, it was almost an automatic thing to have on hand. We simply had paper towels in the kitchen.

A few weeks ago, though, after we bought another batch of them at Sam’s Club, I began to really question that purchase. Sure, we had a lot of messes, but did we really need to be dropping $5 or more a month on paper that we wind up throwing into the landfill? Probably not.

One of my usual thought processes when looking for a more cost-efficient way of doing things is to ask myself, “What would my great grandmother do?” She lived through the Depression and always had tons of great ideas for doing little things like this. Her solution would have been obvious – she would have just handed me a cloth towel and given me a look that said, “Come on, Trent, you’re smarter than that!”

Cloth. It’s that simple. Sure, it’s easy to see why people would use paper towels – they don’t require rewashing after each use – but once you have a steady batch of rags to recycle, you never run out. Plus, you can just toss them into pretty much any load of laundry you do – they don’t take up much additional room – and refill your towels in a jiffy.

So, while we finish our (hopefully) last batch of paper towels, we’re giving cloth towels a thorough test run, evaluating the financial costs and time invested as we go through them.

You Gotta Have a Process

The first – and most obvious – question is where will we keep the rags/towels? We don’t have an enormous kitchen and the drawer space is fairly limited. Thankfully, I’ve been slowly paring down our kitchen equipment (since quite a lot of these tools are redundant) and we now have enough space to empty out a drawer that we can devote exclusively to kitchen rags/towels.

So, really, the first step is to have less stuff in your kitchen. If you have a peach de-fuzzer, perhaps it’s time to take it out to the ol’ yard sale and find room for something else.

Now that we have room for the towels, the process is easy. We just grab a towel, attack the mess… and then what? This is supposedly where the convenience factor of paper towels comes into place, since you just toss those into the trash. Our solution is actually pretty similar – we just toss them down the stairs into the basement! Then, the next time we go down there, we snag them and take them to the laundry room with us and toss them straight into the washer. Then, the next time someone does a load of laundry, the towel gets cleaned and eventually returned to the drawer. Usually, I don’t even bother to fold them much – just a quick once-over.

If you consider the fact that paper towels mean you’re taking out the trash more often, I’m not really convinced that cloth towels add much time to your routine. In fact, if you’re like some people that I’m friends with and have a washing machine near your kitchen, you might just be able to toss the cloths straight into the washer after using them, letting them sit until the next load.

So, where do you acquire these cloths from? I’ve found several good sources for accumulating them.

The easiest method is to simply buy a big box of them. Sam’s Club, for example, sells a big box of mixed-size cloths for $13, which should be more than adequate for this kind of purpose. Although it’s an investment, it gets you started right.

From there, you can get into cheaper options by looking at bulk cloth (like flannel). It’s easy to cut these into large squares and – if you’re handy with a sewing machine – you can sew up the edges and they’ll last for a long time. At a fabric shop, you can get flannel for $1 per square yard – so if you cut them into six inch squares, there’s thirty six cloths.

You can also hit yard sales for this purpose. Quite often, if someone has re-done their decor, they’ll look to sell off old cloths – washcloths and the like. These can be perfect for a kitchen grab-bag of rags to wipe things up with and can be had for pennies.

Another option – old t-shirts. We often use these for garage rags – tasks like wiping off cars after washing them, washing our hands outside after working in the garden, and so on. However, they work quite well for kitchen cloths. As with bulk cloth, these will last longer if you cut them into big squares or rectangles and sew up the edges.

With cloth like this, staining isn’t really a worry. The big concern (for me) is absorbency. Flannel, terry cloth, and such cloths can absorb a lot of moisture, so they’re the type we prefer.

Does This Actually Save Money?

With an all-cloth option, that cost effectively disappears once the cloth towels are in circulation. There’s no extra laundry – sure, there may be three or four of them already in the machine when I go to run a load of laundry, but it requires no change in the amount of homemade detergent I add to the mix.

The real kicker: does it add more time? In the kitchen itself, a good cloth rag actually cleans up a mess a bit faster than a few paper towels do. If it’s really wet, I have to wring the cloth out first before tossing it down the stairs. Then there’s perhaps an extra second or two spent picking up the cloths later and tossing them in the washer. Later, I do have to stop and put the clean cloths back in the kitchen rag drawer – maybe two or three seconds. Over the course of a month, it might add up to five extra minutes.

So, over the course of a year, I spend an hour dealing with the cloth rags instead of the paper towels – and I save $102 in the process and don’t toss six jumbo packs worth of paper towels in a landfill for my grandchildren to deal with.