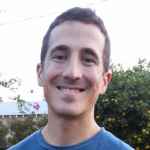 I used to think anyone who lived in in their vehicle was facing a crisis. In some ways, I even thought of them as failures. A famous ‘Saturday Night Live’ sketch, featuring Chris Farley as a sad-sack motivational speaker who lived in “a van down by the river,” solidified the notion that living in a vehicle should be your last resort.

That stigma still exists, but it’s starting to erode. A growing number of people are reclaiming the idea that living in a van can be a way to live simply, travel freely, and never have to worry about a rent check or a mortgage payment. These social media savvy minimalists are wiping away the stink associated with living like a vagabond and replacing it with a shiny new hashtag: #vanlife.

Search for the #vanlife hashtag on Instagram or Twitter, and you’ll be presented with an array of breathtaking nature photos and inspirational captions about how empowering it is to step off the hamster wheel and into the van.

While the pictures are great, there’s only so much they can tell you. I wanted to know more about what the lifestyle actually entails: the costs, the challenges, and whether the lifestyle is sustainable long term.

The Day-to-Day Reality of Vanlife

To better understand vanlife, I solicited the help of someone living it to the fullest: Travis, creator of the blog and Instagram account “My Wild Dreams,” which has amassed almost 15,000 followers.

He’s been living out of his 2000 Dodge Ram since the summer of 2016, when he retired from his corporate job (his ability to live frugally and retire early at 35 could be the subject of its own post).

I caught up with Travis while he was on a swing of the Mountain West, going on hikes and taking stunning pictures, such as this one from the Dixie National Forest in Utah:

Travis told me how he saw vanlife as a way to explore the country in the most efficient way possible.

“Living in a van allows me to travel, see remote parts of the country, and spend a lot of time doing outdoor hobbies,” he said. “It’s so much better than camping out of a tent, or staying in a hotel, because the van allows me to have all of my house with me wherever I go.”

While Travis loves his new lifestyle, he was honest about the challenges he faces. He told me about how staying in a city can be frustrating, due to to constantly needing to find parking and the fact that there are more privacy concerns. He also singled out the obvious — it can be tough to live in such tight quarters!

“Ergonomics can be a challenge in the van – particularly from having the low ceiling,” Travis noted. “But it’s not that bad, and while it wouldn’t be that hard to add a high top to my van, I haven’t been annoyed enough by the low ceiling to do so.”

Further information about the day-to-day of van living can be found by checking out other van dwellers with popular Instagram accounts, such as Katch Silva from the account SheepFeet. She created the hashtag #sheepfeetfaq to talk about how she works on the road, how often she showers, and even the bathroom situation. (Who knew porta-potties could be so small?!)

Through it all, Katch maintains a lighthearted and upbeat tone. She uses the FAQ posts to emphasize that the things people usually think are going to be terrible about living in a van are really not that bad.

Travis told me much the same. Most of the things he expected to be difficult, such as figuring out how to keep himself clean and how to prepare healthy food, ended up being very easy.

Like with any other mode of living, the expenses of vanlife can vary wildly. If you were to buy a fancy van and only buy food from Whole Foods, the costs would be much higher than if you went full-on minimalist like Travis.

He keeps his costs low by doing his own van maintenance, always finding free parking, and traveling slowly so as to not burn up too much gas. He openly talks about his expenses on his blog, and I think they’re illustrative of realistic spending if you’re cost-conscious.

Travis spent an average of $895 per month in the first quarter of 2017, and he says that’s higher than he’d like. (As someone who spends more than that on rent alone, it seems to me like he’s being a bit hard on himself.)

As far the task of finding an affordable van and building it out so it’s livable day in and day out, there are tons of resources available online. The Vanual is good example of a website devoted to helping people learn the ins and outs of creating custom vans built for life on the road.

Throughout my research, I found that that the goals of those living the vanlife are varied and unique. That being said, their motivations for van dwelling tend to cluster around the same central themes: a desire for minimalism, ease of travel, lowered expenses, a connection with the natural world, and a desire to buck tradition.

They also have a strong tendency to use their accounts to inspire others. While Travis doesn’t explicitly see himself as a role model, he does get satisfaction out of showing that not everyone has to obey the standard life trajectory most people follow. Travis told me that he tries “to show how well one can live without needing to earn and spend a lot of money.”

If the goal is to inspire and motivate, Travis and the rest of the #vanlife movement are doing a great job. The pictures are worth a thousand words.

Sure, it might be fun to run around in a van for a couple of years when you’re young, but what about living in a van as a long-term housing solution? I would have scoffed at that notion in the past, but now I see it’s not far-fetched, and there are many people who are happy to live in their vans for decades. It’s all about adjusting your notions of what shelter is, and determining what’s important to you in life.

Travis, for his part, doesn’t seem likely to take the vanlife quite to the extent of some others. He recognizes that he can’t get back into his hobby of gardening when he’s moving around so frequently, and he also might like to own a small property and build a house in the near future. He’s not ruling out 10+ years traveling in the van, but it seems like he has other pursuits that are going to require being more rooted in one location.

Not to mention the fact that maintaining a romantic relationship while living in the van has been a challenge. Travis will meet interesting people, but when moving so much, it’s understandably hard to settle into a true relationship. Not that he’s complaining about it. “The pull of better weather and beautiful places is very strong, and I’m very comfortable on my own,” he notes.

I was curious about whether the average Joe could be part of the #vanlife movement. Should I ditch my studio apartment for a van, even when I have to stay in one city for work? Not so fast, warns Travis.

“For those who will continue to live in one city, it usually makes more sense to live in a cheap apartment or house,” he said. “For most folks, living in a van and staying inside a city all the time will probably get annoying after a while. If you don’t have the benefit of traveling around, or of saving a lot of money because of it, the drawbacks of living in the van in the city will get old.”

But, that’s not to say it’s impossible. San Francisco is becoming a popular place to live in vans and save quite a bit of money, for instance. If you can earn a high salary in a traditionally high cost of living area, but keep your costs way down by living in a van, you could turbocharge your savings. One only has to look at the example of the Google employee who lives in his truck in order to maximize his savings.

Doing a deep dive into all things #vanlife left me feeling silly for thinking that only the crazy or the desperate live in vans. For those trying to travel, live simply, and save money, there’s no denying that vanlife can be a fun, exciting, and worthwhile challenge.